In 1983, when Merby and Lou Lego bought their 100-acre farm in New York’s Finger Lakes region, their mission and passion was to promote local sustainable foods. He was an engineer for G.E., she a registered dietitian and consultant, and developing an organic farm was weekend work and a dream.

Now, nearly 30 years later, the dream has flourished—spawning first an early CSA and then a shop, Elderberry Pond Country Foods, where customers enjoy the farm’s bounty. More recently, the Legos added a high-end restaurant, its building crafted mostly from locally sourced and recycled architectural elements, its windows and patio looking out over the farm’s picturesque 10-acre woodlot.

In their “spare time,” the Legos teach sustainable gardening and mentor those pursuing farming. “Former students bring us pictures of their tomatoes and their gardens,” Merby says.

Along with the 30 to 40 acres in fruit and vegetable production, the Legos have two bountiful hoop houses bursting with salad greens, radishes, tomatoes, cukes and eggplant, extending their growing season. They’ve received several grants over the years to further their organic gardening research, and are in the midst of working on a Sustainable Agriculture Research and Education (SARE) grant to perform research on spore diseases traveling up from the south.

Sitting in their 19th century farmhouse’s sunny kitchen, the Legos speak with satisfaction of the rewards of farm life and restaurant life, and also their challenges. “You’re exhausted when you go to bed,” Lou reports, happily. Moreover, they seem satisfied with their accomplishments and unperturbed by the many calls from the restaurant kitchen requesting that they dash out to one of their nearby hoop houses to harvest a few eggplants for a just-ordered pizza or parsley and tomatoes for one of the restaurant’s seasonal menu items.

There’s also the satisfaction of knowing that nearly everything on their own family dinner table is a product of their farm efforts.

“We pick the stuff that isn’t nice enough to sell at the store or the restaurant,” says Merby. “If it’s not nice enough for us to eat, the pigs get it.”

A small coterie of heritage Mulefoot and Hereford pigs, whose surprisingly un-smelly sty occupies a shady corner near a garden bursting with sunflowers and red cabbages, wallow in the dust, unaware of their future as bacon, chops and Lou’s home-cured prosciutto. The restaurant’s menu has offered the prosciutto alongside slices of the orchard’s Ashmead’s Kernel apples, crisp English russets of equally ancient genealogy.

The orchard is a tribute to their preservation skills. The farm’s original orchard having grown old and wild, the Legos grafted scion wood onto young trees in a new orchard, preserving some of the flavorful and fragrant old varieties. Lou uses them now to craft hard cider. Since New York State requires that it be pasteurized, Lou put his engineering skills to work, developing an ingenious system to bring the cider up to the requisite temperature for the absolute minimum allowable time, thus preserving the cider’s complex flavors without “cooking” them. Another engineering triumph is a rescued monstrous walk-in cooler that turned out to be too tall for its allotted barn space; putting mind and muscle together, Lou and son raised the barn’s second story to accommodate it.

Lou and Merby’s first commercial venture on the farm was a community-supported agriculture effort; the duo would deliver weekly baskets of fresh produce to neighbors, along with bouquets of flowers, bundles of fresh herbs and recipes for the week’s bounty. Their Elderberry Pond Country Foods store now occupies a small, elegant stone building once home to a neighborhood farmers’ butchering cooperative. A life-sized iron cutout of a hog, found under a floorboard during the building’s restoration, now presides over all manner of fruits and vegetables, jams, jellies, prepared foods from the restaurant and flowers.

Along the way their son Jeff turned to historic preservation, while son Chris, earned a degree from the Culinary Institute of America in Hyde Park, and the Legos decided that the ultimate value-added outlet for their farm would be a restaurant, with Chris as executive chef. Merby plunged into coursework at the CIA too, to familiarize herself with running the front of the house.

The restaurant’s success required some retooling of their agricultural operation. According to Merby, “We had no idea with 20,000 people going through the restaurant how many potatoes we would need!” They have lots of help from local high school students, who consider work on the farm a plum job. Some of their employees have been with them for years, and some are several generations of the same family. Most are neighbors. Some harvest, then clean up and change into formal clothes to work in the restaurant. “Of all the aspects of the business,” she said, “getting to know the kids has been the best, as they come back year after year.”

Lou Lego speaks of the web of life and the interconnectedness of all their projects—planting sunflowers to shade the clover and keeping deer at bay with a line of white electrical horse fencing with attractive applications of peanut butter. The deer go for it, get a shock and learn their lesson.

While the great success of the restaurant was both startling and rewarding, the Legos are focused on their original passion: producing local, sustainable foods, especially with the rising price of energy, and getting the word out.
“Almost everything that you need to eat and be healthy can be raised right here in the Finger Lakes,” says Lou. “There’s no shipping, no storage, no processing. Last year our apples were cheaper than Walmart’s.”

Though both farm and restaurant are off the beaten path between Auburn and Skaneateles, visitors do manage to find them. A word to the wise: Abandon your GPS and rely on the directions posted on their website. To make a reservation or get un-lost, call the restaurant. Merby herself will most likely be the one to set you straight.

Peggy Haine has been writing about food and wine for the past 20 years. She is a great fan of Finger Lakes winemakers, farmers and chefs.

This article originally appeared in the Fall 2012 edition of the magazine. 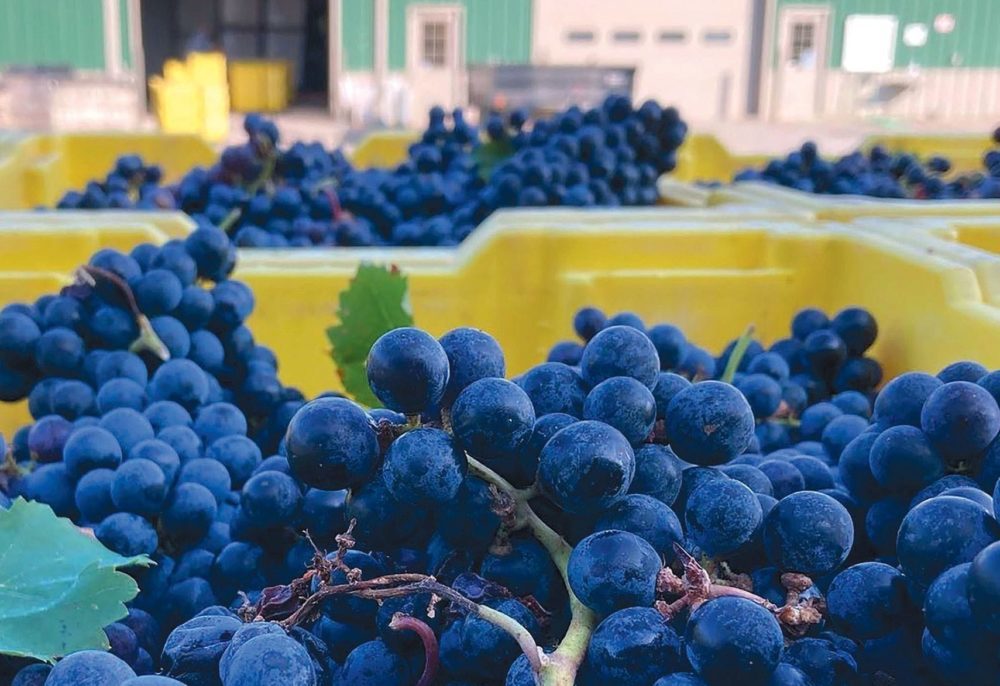 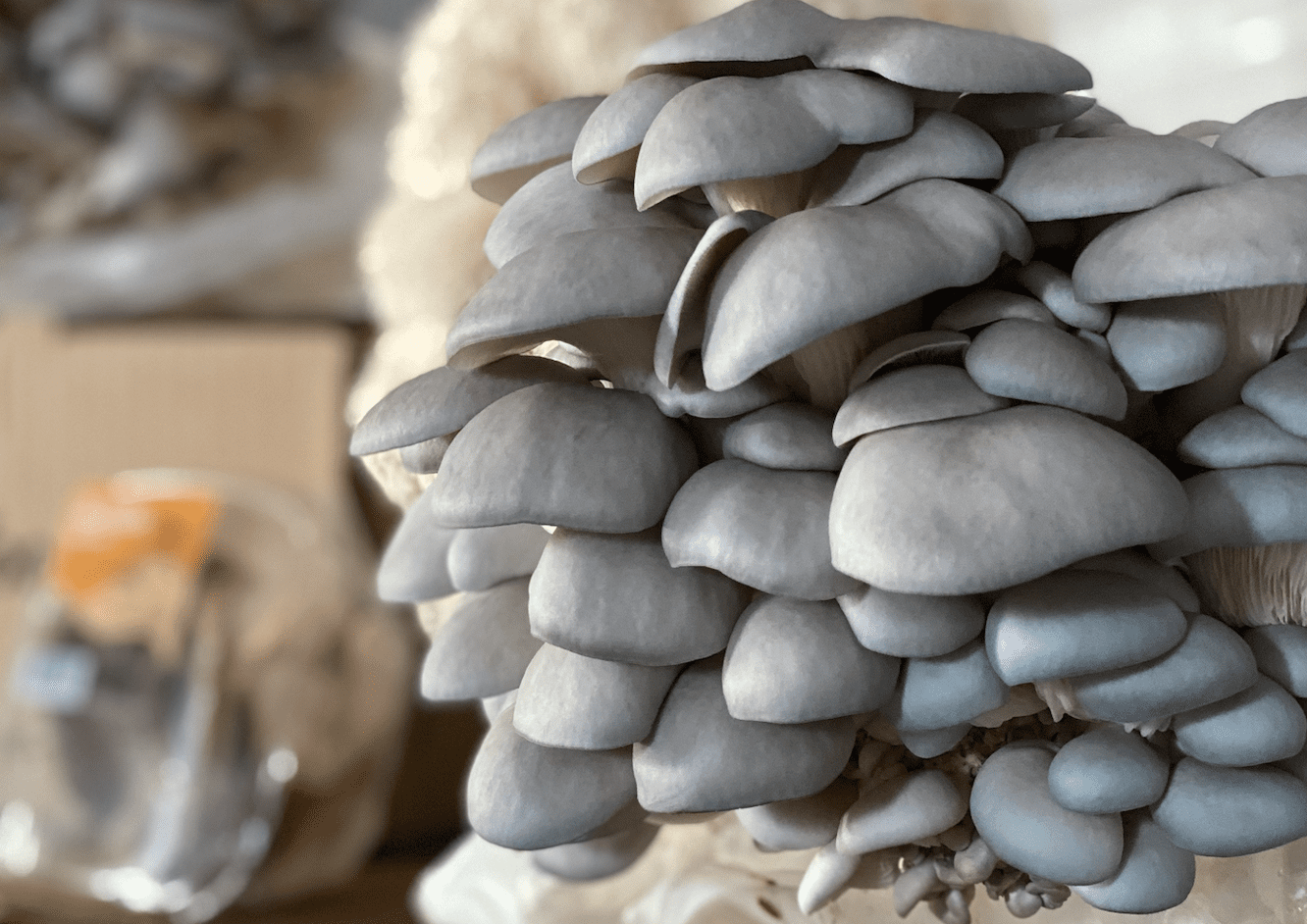 Made in the FLX: Leep Foods