Every year, we hold our own version of the Oscars: the Local Hero Awards, wherein readers vote for their favorite local chefs/restaurants, farm/farmers, non-profits, culinary artisans, beverage producers and food or wine retailers, and the winners are awarded with a feature in our March/April print issue. Every weekday till the polling booths close on January 19* we’ll be looking back at last year’s winners. Today we’re highlighting the 2014 Local Hero for Food Retailer: The Piggery! The below story originally appeared as part of our Local Heroes feature in the March/April 2014 issue.

*There’s still time to make sure your voice is heard! Vote here for your 2015 local hero chefs, farmers, non-profits and artisans. 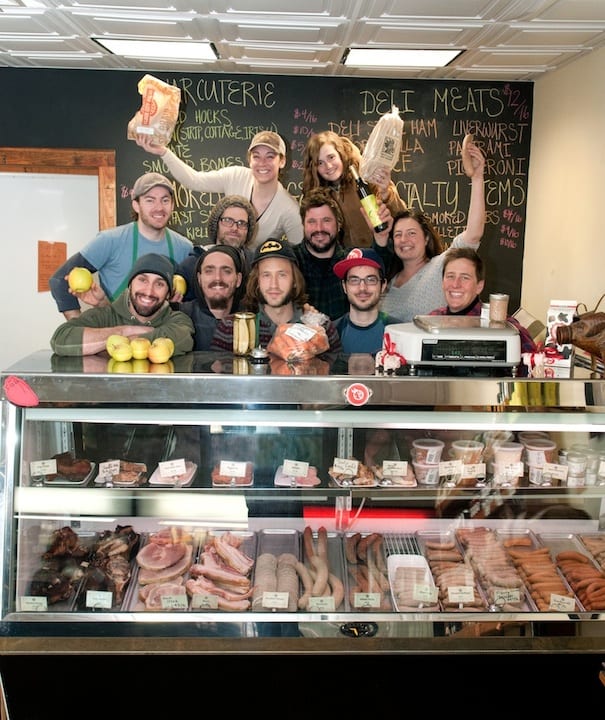 Curiosity drove Heather Sandford and her husband Brad Marshall to buy their first pastured pig off of Craigslist in 2003. What could be done with an entire hog’s worth of meat, bones and organs? (A whole lot of roasts, bacon and pâté, it turns out.)

Little did the young couple with post-Cornell city jobs in California know, they had just taken their first step on a hog-wild adventure in pig farming.

Ten years later, Sandford and Marshall are not only managing their own 350-head pig farm in Trumansburg and running a popular butcher shop with eight employees, but also leading the effort to rebuild the region’s local meat system. “Nobody’s been more surprised than we have,” Sandford admits.

The Piggery started as a side business to the couple’s homestead when they began to take fresh and traditionally preserved meats to the Ithaca Farmers’ Market six years ago. “Our first week at the market we didn’t quite sell out,” Sandford remembers. “I thought, oh, I hope people are into our stuff. But by the sixth week we had a line of about 40 people before the bell went off. And it didn’t stop from there.”

The lines spoke a clear language, and Sandford and Marshall listened, opening The Piggery retail store and restaurant in 2010 to provide their heritage meats and such goodies as the best-selling pulled pork sandwiches all week during regular store hours. Many customers were disappointed to see the restaurant portion close last year, but The Piggery has been growing and changing to offer a new set of products and services. “We were thinking about how to be a sustainable business in the long run,” Sandford explains. “My instinct was that with so many great restaurants in town, we really needed to focus on the meat.”

In the front of the shop, additional cases provide more space for pork, as well as other meats and a few grocery staples from some 40 local producers that match The Piggery’s sustainable methods. Sheep farmer Maryrose Livingston of Northland Sheep Dairy, for one, is grateful that she can focus on raising her animals rather than having to spend precious time standing at the farmers’ market. “Plus, I usually just hide away for the winter because it’s very hard for me to get off the farm, so my customers were just thrilled when I told them that my meat and cheeses were going to be available at the Piggery,” she says.

Behind the scenes, the shop has grown by several thousand square feet of cooler space in order to become a USDA-certified processing facility in the near future. Once approved, The Piggery will be allowed to wholesale meat to grocery stores and restaurants, giving more buyers access to their pastured pork and, on the flipside, helping to support a “family of up-and-coming farms” that raise pigs to their specifications.

Though Sandford and Marshall keep moving forward with new projects—among them are to become food justice certified and accept food stamps—every so often they take a step back and look at what they’ve created so far. “I think about all of the things that need to happen to keep the business going,” Marshall says, “from farrowing piglets to feeding pigs, to getting them to the slaughterhouse, to bringing them back, to making all the recipes, to manning the sales counter. And I’m amazed that we actually manage to pull this off every day.”

Nine Finger Lakes Hot Sauces to Fire You Up 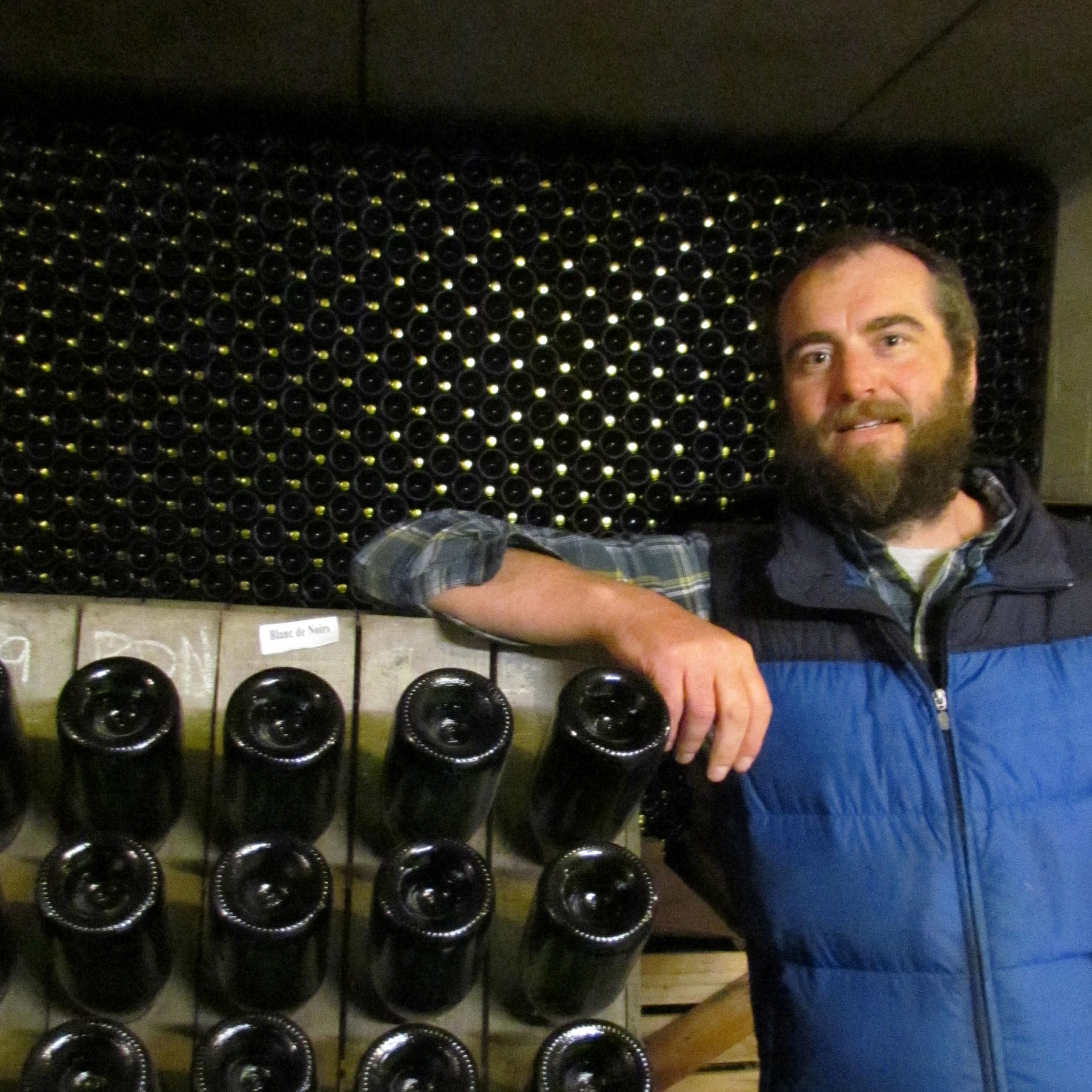