Every year, we hold our own version of the Oscars: the Local Hero Awards, wherein readers vote for their favorite local chefs/restaurants, farm/farmers, non-profits, culinary artisans, beverage producers and food or wine retailers, and the winners are awarded with a feature in our March/April print issue. Every weekday till the polling booths close on January 19* we’ll be looking back at last year’s winners. Today we’re highlighting the 2014 Local Hero for Beverage Artisan: Ithaca Beer Company! The below story originally appeared as part of our Local Heroes feature in the March/April 2014 issue.

*There’s still time to make sure your voice is heard! Vote here for your 2015 local hero chefs, farmers, non-profits and artisans. 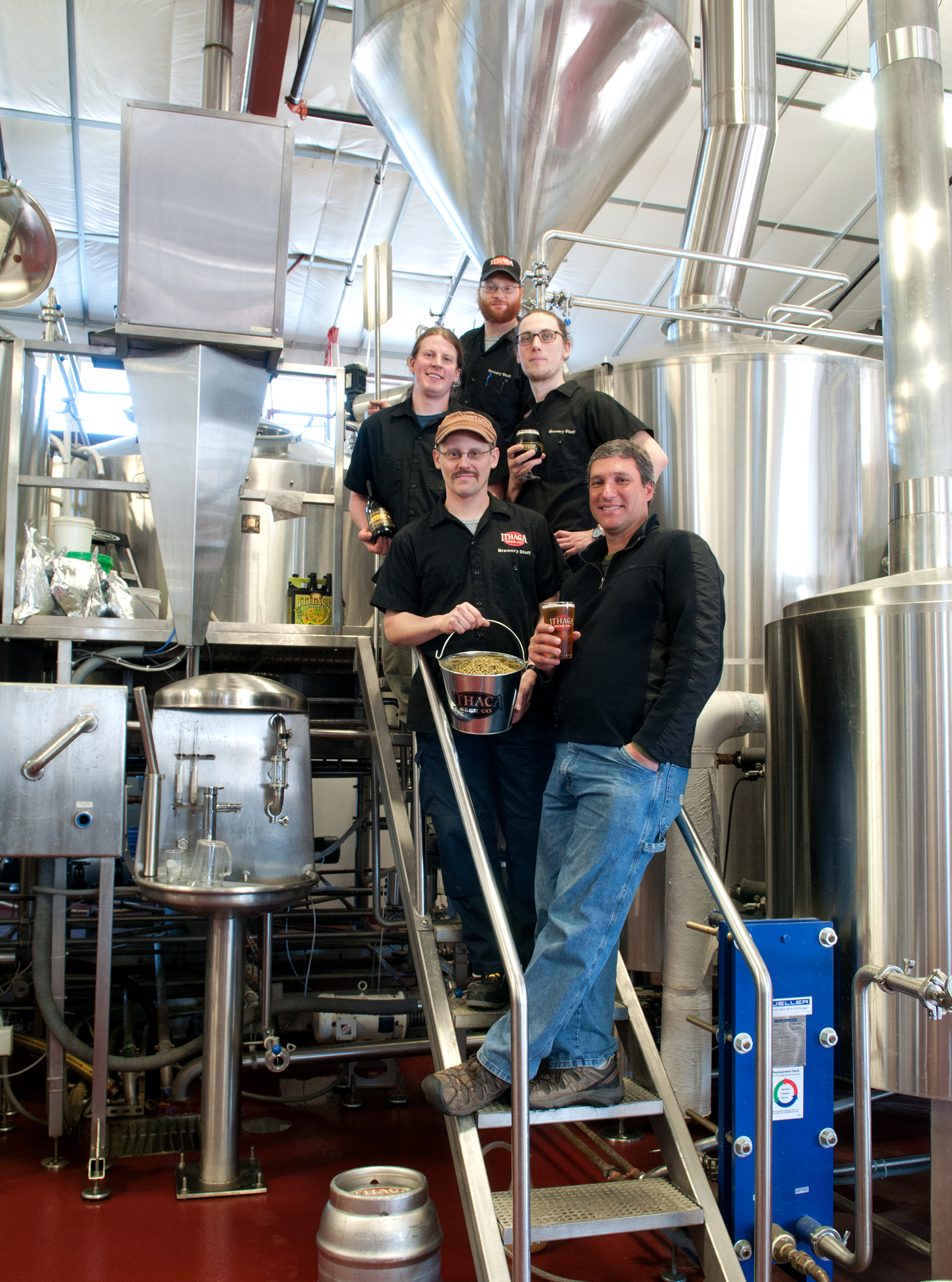 Dan Mitchell dropped out of Hobart College but maintained an entrepreneurial eye as he painted houses and tended bar, emerging as a pioneer in New York state’s craft brew industry with a line of beer inseparable with host community Ithaca. Ithaca Beer Co. plans to produce 26,000 barrels this year (up from 18,000 in 2013). More than half a dozen surrounding states down Ithaca Beer, lead by Flower Power IPA, which has succeeded Apricot Wheat as best-seller. In the self-styled college town at the base of Cayuga Lake, Ithaca Beer remains a point of local pride.

But Ithaca Beer almost didn’t happen. And even when it did, it screwed up and started over.

Mitchell, now 43, grew up in Penn Yan and Connecticut. After time at Hobart, he went west and painted houses, eventually managing a painting business. Lured back to the Finger Lakes and Cornell University to complete his undergraduate degree, he longed to start some sort of business. He didn’t know what kind.

A customer at the bar where he worked wondered aloud why Ithaca, a college town zealously loyal to its local economy, didn’t have an indigenous craft brewery. In that observation, Mitchell had found his business. In 1996, Ithaca Beer released its first beers, custom brewed in Chicago. Yes, Chicago.

When customers found out the brew was a Midwest import, they bolted and the business folded. Mitchell learned a valuable lesson and regrouped. He apprenticed as a brewer in Ontario and restarted Ithaca Beer in 1998, leasing space in a former bakery and auto parts store, brewing on site. Mitchell delivered beer in a beat-up Subaru, rear end dragging on the ground from the weight. Production and sales grew about 20 percent a year.

At a time when upstart craft brewers clamor for attention with one-off batches of extreme beers, Ithaca Beer sticks to beers true to style. “We want to produce the benchmarks,” Mitchell says. “We aren’t trying to create the beer no one has ever had before or will again.”

But that’s not to say Ithaca Beer doesn’t paint outside the lines. Its Excelsior series includes beers that don’t fit neatly in a category: A pale wheat ale, a blueberry sour. (Excelsior, “ever upward,” is the New York state motto.) The brewery experimented recently with a gose, a top-fermented beer, and wild yeast-fermented beers. Mitchell has been a force in the Northeast Hop Alliance and makes a double IPA from hops grown by Pedersen Farms in Seneca Castle. In college, he researched the region’s pre-Prohibition hop industry and found Madison and Onieda counties were a center of hop production.

Ithaca Beer’s new taproom and production facility, which began receiving visitors last July, relies exclusively on local products, including produce and meats. The facility has a large vegetable garden among its 85 acres. Mitchell talks about someday growing barley and hops there and making estate beer.

Locals visiting Ithaca Ale House on North Aurora Street expect to see Ithaca Beer on the list or on tap, says bar manager George Bullis. Visitors absolutely demand it. “Even if locals don’t order Ithaca Beer all the time, it’s a point of pride,” he says. “For tourists and students, it’s the first beer they buy.”

Ithaca Beer Co. is to Ithacans what Anchor Brewing is to San Francisco and Sam Adams is to Boston: their local pioneer in the beer Renaissance. As Bullis notes, “People know Ithaca Beer was the first, stood alone for years and continues to make a quality beer.”

David Falchek has been writing about Finger Lakes wines since the early 1990s. His weekly wine column appears in Times-Shamrock newspapers and he contributes regularly to Vineyard & Winery Management magazine. 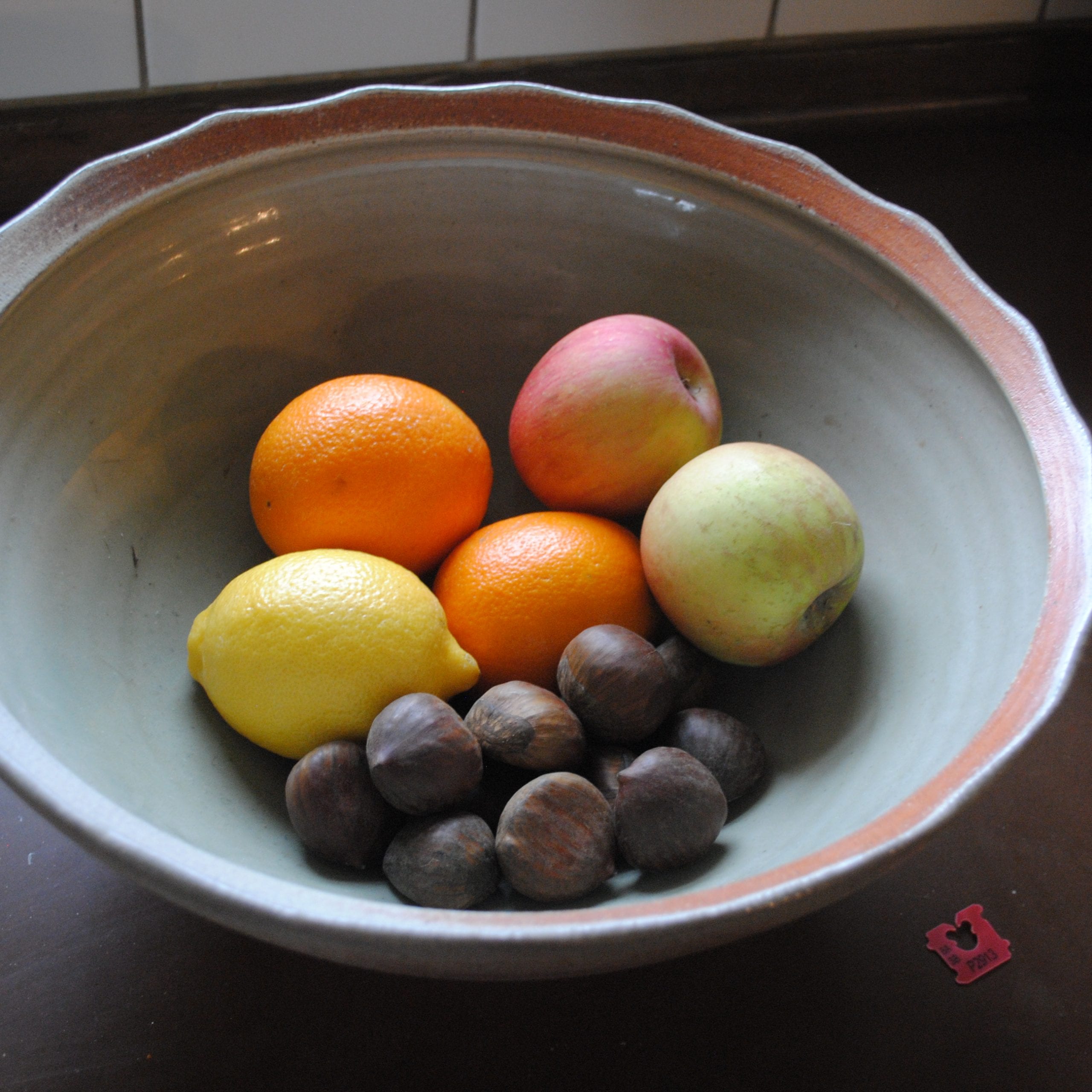 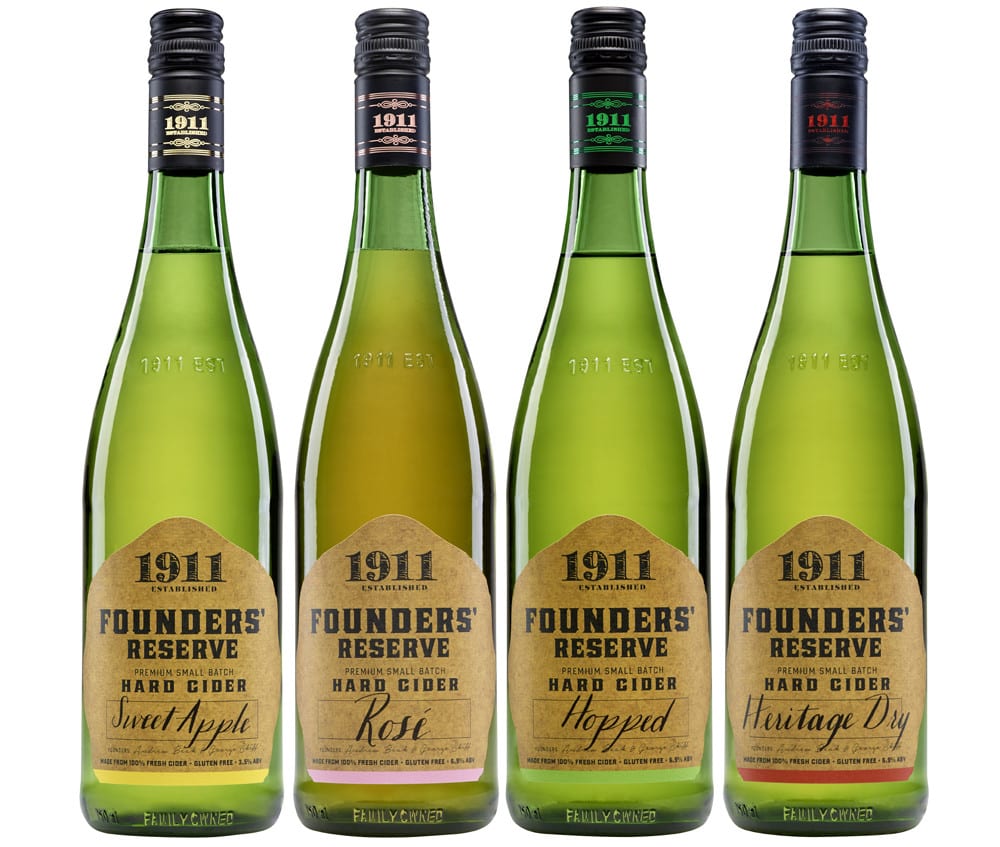