After years of turning out delicious eggs with sunset-colored yolks, old chickens are retired from farm production and put out to pasture, figuratively speaking. In the kitchen of the right cook they can make for one last delicious supper, in a soup. But you’ve got to know how to handle a tough old bird. Don’t try to roast, fry or sauté these senior chickens—stick to a good long braise. Local farmer Karma Glos guides us in her process of making the most of her old ladies.

A tale of a recipe

I have made soup with nearly every sort of chicken: fryers, broilers, roasters, old stew hens and young roosters. I prefer, however, to use old birds. Old birds have wonderfully developed flavor and rich, yellow fat for broth.

Proper cooking time for old birds varies with age and size of the chicken. Smaller, younger birds can be ready in an hour but older stewing birds may take several hours of cooking to soften up the meat and draw the nutrients from the bones and connective tissues.

I typically place one or more stew chickens in a large pot and cover with water. I bring the pot to a boil and then turn it down low to simmer. After a couple of hours I poke the thighs with a fork to assess tenderness and continue to simmer until I can pull the meat off the bones with the fork. Be careful not to over-simmer. Picking the bits of meat out of a bird that has turned to mush is no fun.

Once the bird is tender to my liking I remove the pot from the stove to cool. If I’m in a hurry I use tongs to remove the birds and cool them on the counter; if not, I cool the whole pot outside in the winter. When the carcass is cool enough to pick the meat off the bone I remove it and chop it into small chunks. Don’t forget to pick off the little tender bits of meat on the back and wings. After picking the bird clean I feed the skin and bones to my dogs (who have spent their lives eating bones.

Once the meat is prepped I strain the broth and put it back on the stove. Some like to chill the broth and skim off the fat, but I think that’s the best, most nourishing part. Once the broth is back on heat and I’ve added the chicken back in, I turn to the other ingredients. I like to do a 100% Kingbird soup so I use herbs and vegetables we grow.

First I sauté two or three onions in lard (or duck fat, or olive oil) until soft, then I add at least six cloves of chopped garlic and maybe a shallot. I cook the alliums gently until just a little brown and then add them to the broth. To bulk up the soup I include six to eight diced potatoes (I prefer Keuka Gold) and the same number of chopped carrots.

In order to complete the soup, and bring out the very best of the chicken, I add the highest quality herbs. A tablespoon of ground rosemary and one of sage enhance the flavor admirably. I may also add a bouquet garni if I want an especially strong broth and a bay leaf if my tree has any to spare. And since I am a rather high sodium girl, I salt to taste.

The complete ensemble (perhaps augmented with barley or noodles) is simmered aggressively (but not a rolling boil) until all is tender. Since this makes an enormous amount of soup, we either eat it for days, or freeze batches for quick lunches. Chicken soup gets better over a couple of days, so it’s always worth at least a few immediate meals. It’s delicious and, as my farmer friend Maryrose says, “good fer ya too!”

Karma Glos and her husband, Michael, own Kingbird Farm in Berkshire, where they produce a diverse array of certified organically raised meats, produce and value-added items. Their fieldwork is done with the use of Fjord and Haflinger horses.

This piece originally ran in our Winter 2011 issue. For more from that issue, check out this story on parsnips. 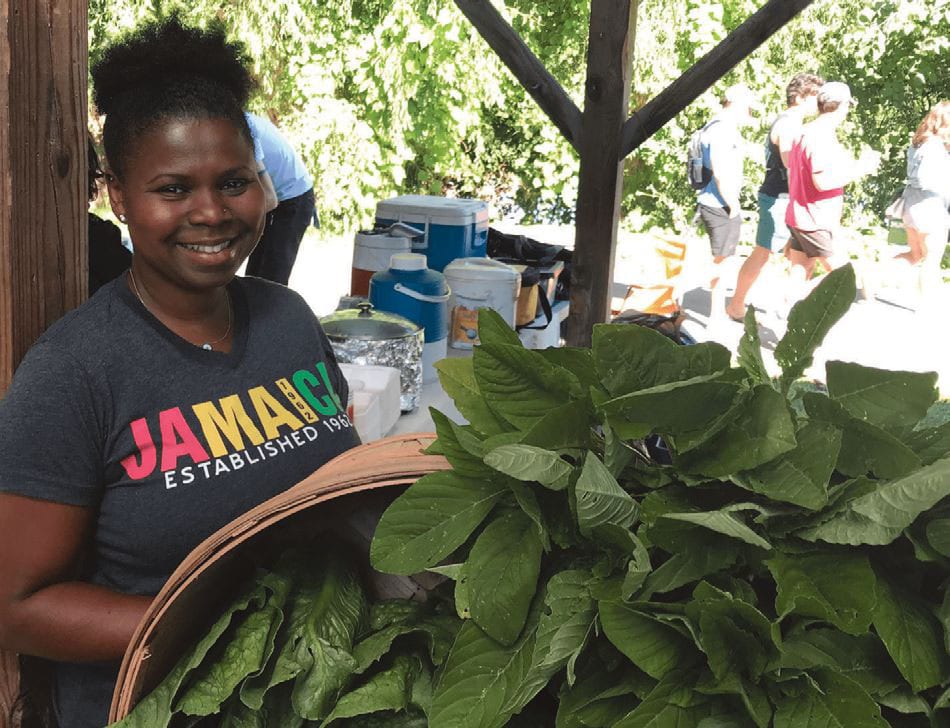 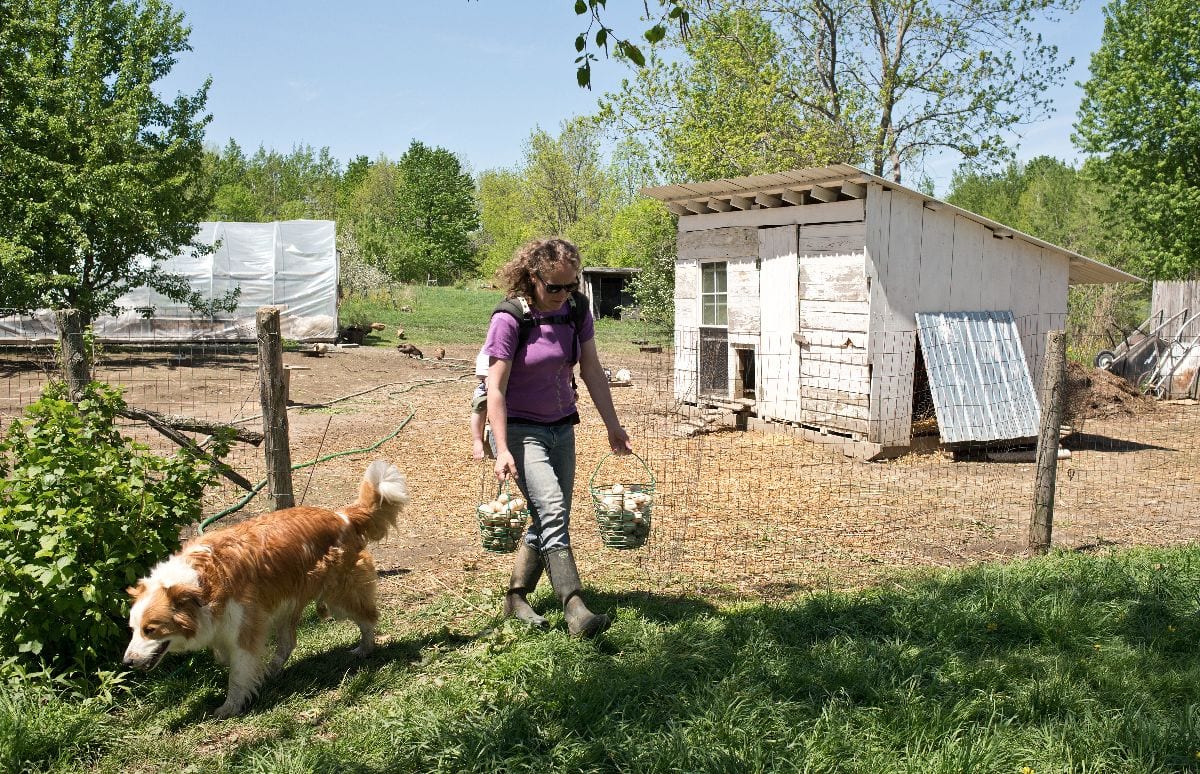 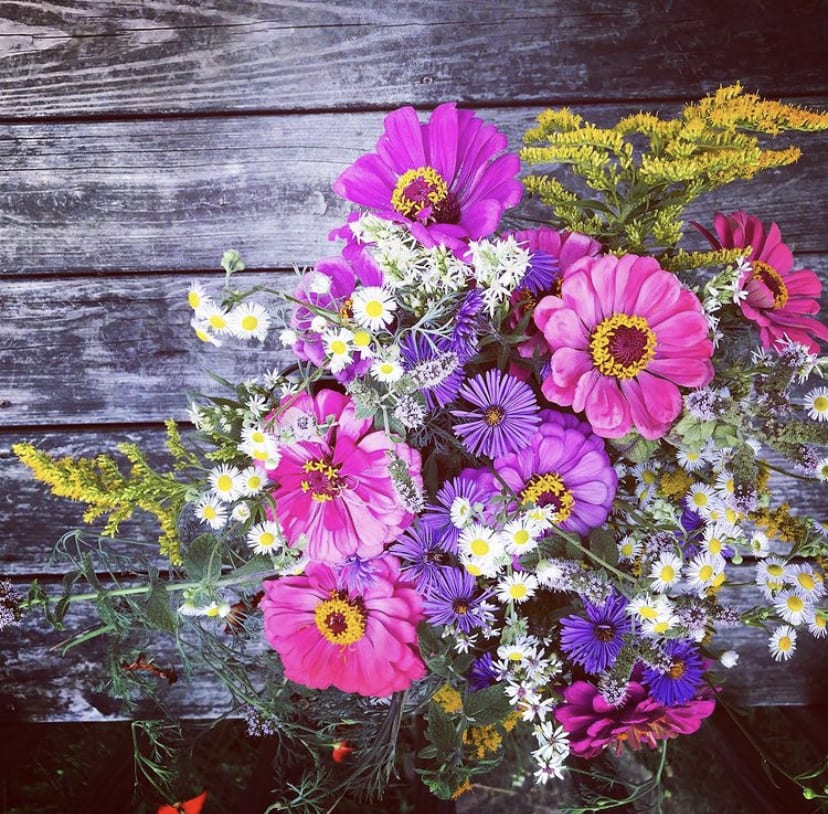