On Cairncest Farm in Plainfield, two brothers, Edmund and Garth Brown, have resolved to eat only what they raise/grow/forage/hunt themselves for an entire year. Edible Finger Lakes is carrying biweekly updates from the Brown brothers as they embark on this food journey.

We are set to send the first of our pigs to slaughter on April 1st, but we decided it would be prudent to test the quality ahead of time. Since we’ve been feeding them almost entirely hay and whey, which is very uncommon, we wanted to make sure they don’t have any off flavors. So a week ago Ed and I butchered one, and I’m pleased to say it’s the most delicious pork I’ve ever had. Also, after eating only beef for a few months, pork and lard are a wonderful change of pace.

I love cooking with pork because of its versatility, but the dish I prepare most is slow-cooked shoulder. It takes a little planning, but it’s a very hands-off dish, and the depth of flavor is remarkable. –Garth

Spices, including but not limited to, pepper, sage, dill seed, chives, mustard

Note: I am intentionally not giving specific quantities for any of these. Roasts come in a variety of sizes, and any will work, so long as seasoning and cooking time are adjusted appropriately. It’s better to season lightly during cooking, and then to add more when the dish is close to finished.

Brown pork if you feel like it. You can skip this step, but you’ll lose a little potential flavor.

Put pork, about half an inch of liquid, and spices into your slow cooker, and cook on low until fork tender, about 6 hours. Alternately, put the same ingredients in a covered dutch oven and bake at 225 for approximately the same amount of time. (It’s good to check earlier, sometimes much earlier. I’ve found that, depending on the size or the roast and the amount of collagen it contains, cooking time can vary to a surprising extent. So give it a poke at 4 hours.)

Remove pork, let it cool, and then pull it apart.

While the pork is cooling, skim excessive fat and reduce liquid if necessary. You want a small amount of intensely flavored sauce to coat the meat.

If desired, sauté an onion.

Enjoy with new potatoes, roasted parsnips, or whatever else strikes your fancy.

Brothers Edmund and Garth Brown are owner-operators of Cairncrest Farm in Plainfield, New York. They produce and sell grass-fed beef and pastured pork. They blog about their 2015 homegrown challenge here.

Read the last Food for a Year post here.
Photo by Alanna Rose

How to Read a Wine Label 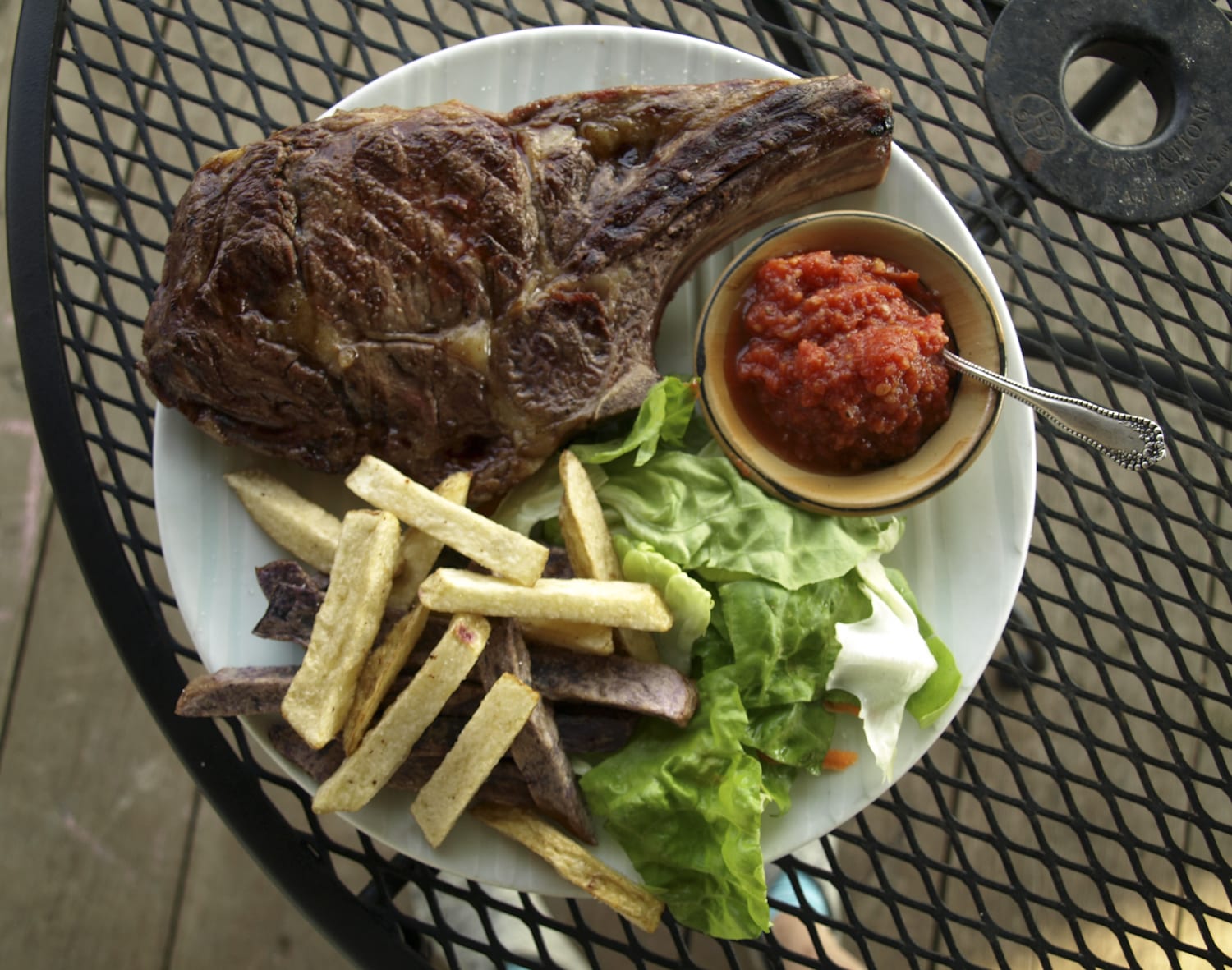 Food for a Year, August 17-September 1