Foie gras is a polarizing delicacy. Within the last decade, it has briefly been banned in Chicago and California. For many, the gavage process by which foie gras is made is unnecessarily cruel even by meat industry standards. But when Ian Lausell watched a Ted Talk delivered by Dan Barber about Eduardo Sousa, a lightbulb went off in his head. Having been a fan of foie gras since a trip to Périgord, France, at the age of 15, he realized it might be possible to make foie gras ethically and sustainably.

“There is a niche in the foie gras market for ethically produced foie, and I want to fill that niche,” Lausell says. “They are an untapped market and I want to share the foie gras experience with them. The Finger Lakes, with its wineries, gourmet restaurants, thriving food culture, and a population that cares about where their food comes from and how it is produced, seems like the perfect place to produce ethical foie gras. I’d like to see a shift toward humane and sustainable practices in meat production that respects the animals involved. In my experience, the most delicious foods are produced this way.”

Lausell attended school in Florida and came to the area to attend the Finger Lakes School of Massage. Since then, he has worked in and around the farm-to-table business, working for the likes of Blue Heron, Six Circles, Spice of Life, and the Harvest Café & Lounge. In 2008, he took a design course at Finger Lakes Permaculture Institute. Later, he bought 16 acres in Cayutaville and established his own Lausell Farms, where he also raises pigs and grows fruits and nuts in a sustainable environment. When Lausell read Barber’s The Third Plate, he realized that not only could he produce foie gras ethically and sustainably, but that from Eduardo Sousa’s standpoint, living in Upstate New York put him in an enviable position. In contrast to the controversial gavage process, Lausell will let his geese fatten naturally, as they do when the weather gets cold.

Having seen other friends find success crowdfunding their endeavors, Lausell decided to crowdfund Finger Lakes Foie. He has a goal of $25,000 that he hopes to raise by the end of May. According to the fundraiser’s IndieGoGo website, the funding will go toward a predator-proof goose shelter, a movable electric fencing system, goslings, a solar water pump system, water storage tanks, feed, slaughtering and processing equipment and processing labor cost. (He is also accepting contributions for needed equipment.) If he doesn’t meet his goal, he plans to scale back and grow slowly. Either way, the goslings are expected to arrive in early June, and if you’re unable to contribute to the fundraiser, Lausell is also offering volunteer opportunities to work with and meet the geese. To learn more about Finger Lakes Foie and the fundraiser, check out the fundraiser’s website at IndieGoGo.com.

Erin Scherer profiled Red Newt winemaker Kelby Russell in Edible Finger Lakes’ forthcoming wine issue. She lives in Geneva, and you can follow her on Twitter at @erinscherer. 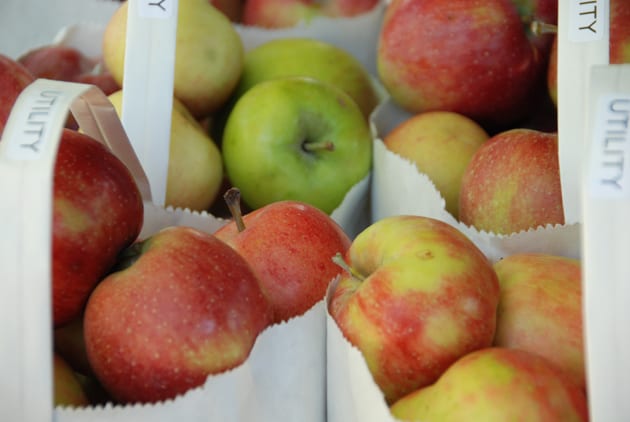