This time of year cucumbers seem to make their way into every meal I serve. And why shouldn’t they? They’re crisp, abundant, nutritious and best of all, they don’t need to be cooked.

I’ve sliced my way through tons of cucumbers on their way to grace a tomato, feta and red onion salad. I’ve peeled enough cuke skins to wallpaper my kitchen and I’ve cut a million of them in chunks for gazpacho, that essential cool summer soup. But it’s that cooling element of cucumbers that inspires me to use them in my favorite way, when I’m forced to spend time in the kitchen, in a luscious, ice-cold cocktail.

When the rest of the family is at the lake swimming and I’m on chef duty dripping sweat at the grill, I’ll be sipping one of these cocktails trying to stay as cool as a, well, you know…

Infused vodkas are all the rage with mixologists these days but making your own cucumber infused vodka is a cinch.

1 bottle of your favorite vodka

Peel and thinly slice the cucumber and put into a large screw top jar. Pour vodka on top. Tightly seal and store in the refrigerator for one week. Strain before using.

In a cocktail shaker, combine cucumber vodka, vermouth, and ice. Shake vigorously for at least 30 seconds. Strain into a chilled martini glass. Add a slice or two of fresh cucumber and serve.

1 thin slice of cucumber, for garnish

Strip the leaves from one sprig of mint and slice them. Place in the bottom of metal bowl along with the cucumber piece. Crush with a wooden pestle or the handle of a wooden spoon until well mashed. Add gin and stir.

Fill a cocktail glass with ice. Pour gin mixture over ice, fill with tonic to your liking, stir and garnish with remaining mint sprig and thin cucumber wedge.

Purée cucumber in a food processor with lime juice. Pour into a wide mouthed pitcher filled with ice. Pick the mint leaves and add with sugar to the pitcher. Gently muddle with a pestle or the bottom of a wooden spoon until well mashed. Add the rum and club soda and stir well. Pour into ice-filled glasses.

This article originally appeared in our Summer 2012 issue. 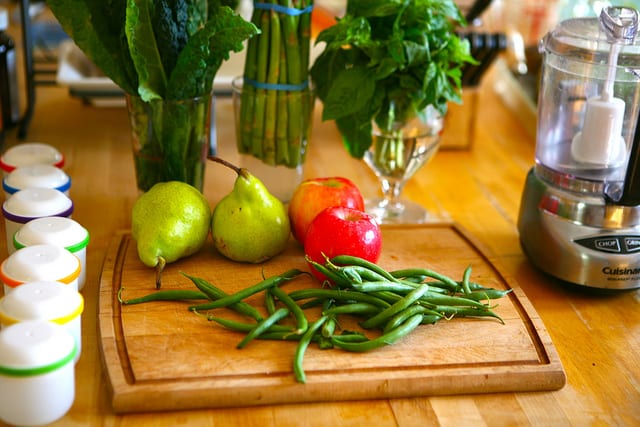