Writer Matt Kelly recently completed a three-month internship with Small World Food in Rochester, learning the art and science of making really great bread, sauerkraut and miso. As expected, he learned a few things in the process. But the things he learned aren’t what he expected. The below is the next post in a series describing his experience at Small World. To read the previous post, click here.

Story and photos by Matt Kelly

Rachel has ideas. New things to make and bake and create. Like bialys.

A flat breakfast roll that has a depressed center and is usually covered with onion flakes. Yiddish, from bialystoker of the city Bialystok in Poland. First known use: 1965. —Mirriam-Webster

It’s a simple bread to make.

“It’s a stupid bread to make,” she says, gathering the ingredients. “There’s no sourdough, there’s no overnight soaker, there’s no long rise and proof. There’s nothing about this bread that’s exciting in character.”

Which is why Rachel makes a daring decision: “I’m going to add rye flour to this recipe.”

“I love the flavor and texture of rye.”

But rye can do weird things to a recipe. Rye flour seems to hold a lot of moisture; loaves get really dense. Rye flour always leaves you wondering if the bread is completely done. And this isn’t what Rachel wants for her bialys.

“I want them to be light and flakey.”

Here’s another thing about rye flour: it has way less potential for gluten development than wheat flour. And gluten is the key to baking some really great bread.

“There is actually no gluten in flour,” says Rachel, working a small mixer. “There are the proteins glutenin and gliadin, which–when hydrated and mashed up in dough–become the gluten strands.”

Gluten strands are what allow the bread to rise; they’re what allow bialys to be light and flakey. The yeast in a bread recipe consumes sugar and produces carbon dioxide. It’s this gas that makes the dough get puffy and airy. But only if the gluten strands are strong and stretchy like a balloon; they trap the gas in the dough. Kneading is the key to producing strong strands of gluten; the longer you knead, the better the strands develop. If you pay attention, you can actually see them form as you work the dough.

Rye doesn’t have the same proteins as wheat; it has glutelin and gliadin, and these two proteins just won’t combine to form gluten. “Unless you build enough gluten in the dough another way, rye can get in the way of what bread needs to take shape.”

Rachel is focused on her experiment: mixing, testing, taking notes, and mixing some more. What’s the best ratio of rye to wheat flour? How much water is ideal? How long should she knead the dough?

Even stupid bread can require a fair bit of smarts.

Matt Kelly is a writer living in the Finger Lakes, slowly turning his home into a self-sufficient, food-independent, backwoods place of his own. He works with Fruition Seeds in Naples, Small World Food in Rochester, and Lakestone Family Farm in Farmington. Matt writes regularly at BoonieAdjacent.com. 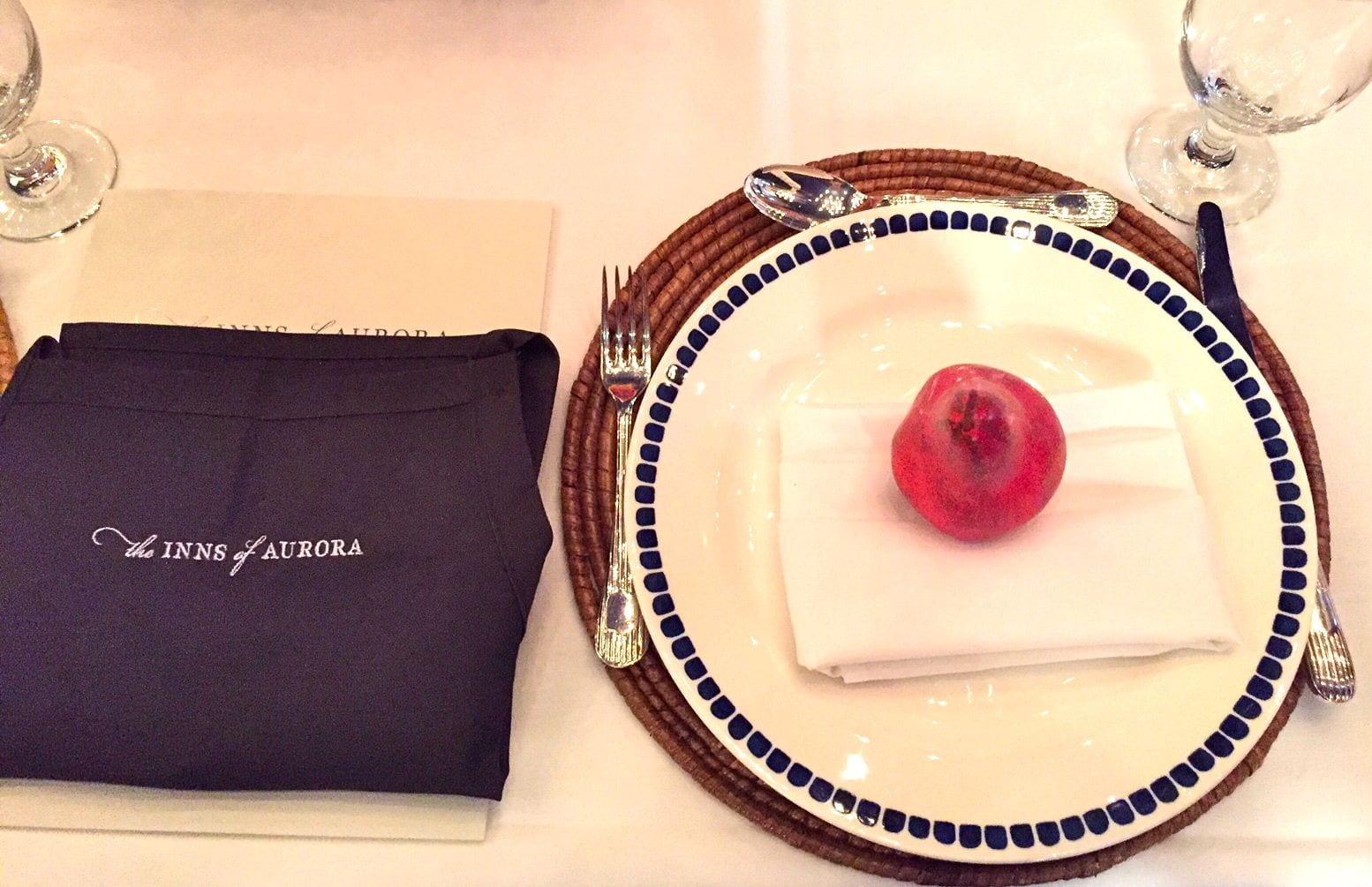 Cooking in Good Company at the Inns of Aurora