Kayaking and Eating along Cayuga Lake

A Paddle Tour of the Sheldrake Neighborhood on Cayuga Lake

Paddling along the shore of Cayuga Lake is like strolling a city street. You pass by houses, admiring gardens and architecture, you imagine the inhabitants and overhear snatches of conversation. The obvious difference is you’re cruising the water rather than the sidewalk and secondly, your tour is through the neighborhood backyard. Bathing suits hang on the clothesline, the picnic table is set with the flowered vinyl cloth, and you watch kids as they shimmy down the slides, squeal and splash into the water.

Although we often paddle in more secluded spots, my husband and I opted to launch at Sheldrake Point on the western shore of Cayuga Lake, heading north to explore the neighborhood. On our morning paddle there were more kayaks than motor boats, more anglers than water skiers. The sun sparkled on the blue-green water, a belted kingfisher patrolled the shore, and colonies of seagulls stood watch on the rooflines of boat houses. Interspersed along the shoreline are cliffs too steep to build on but lush with bindweed–the bane of my garden but looking perky on the cliff face. Stopping by one of these uninhabited cliffs to stretch our legs, I went off scouting for sea glass while my husband admired the tenacity of trees hanging on for dear life–not by a thread but by intricate root structures shaped like pretzels.

Back in the water, we paddled past a cottage and were greeted with a hearty “ahoy there!” Standing on the swim dock in his flowered bathing trunks, this commanding stranger with his downstate accent, proclaimed “I love New York!” Buoyed by his enthusiasm we paddled away smiling.

We eventually headed back south and put in at Kidder’s Landing, a short distance from Sheldrake on the western shore. One hundred years ago, Captain Quick piloted the Busy Bee, a 67-foot boat that ferried passengers, wagons, supplies and mail across the lake to King Ferry on the eastern shore. When the air was still and the sails slack, Captain Quick reverted to horse-power–a horse trained to walk a treadmill and power the paddle wheel.

Today the Busy Bee refers to the neighborhood lakeside grocery and cafe. Need groceries, they have them. Looking for local currants or greens, go no further. Want Nutella, marshmallows and French bread for your grown up version of S’mores, they have the fixings. Don’t have a kayak to paddle, Busy Bee rents kayaks, SUPs (Stand-up Paddle Boards) and bikes.

We wanted lunch. The Busy Bee serves breakfast, lunch and a weekend brunch in their cafe. For lunch it has a good selection of sandwiches, along with a quiche or a soup du jour, many items featuring local fruits, veggies, meats and condiments. My sandwich, “The Busy Reuben” included Schrader’s Pastrami, Crooked Carrot Kraut, Swiss cheese and the Bee’s homemade Russian dressing. Boj, who is on a quest to taste-test all the falafels of the Finger Lakes, ordered “The Bee’s Falafel.” He pronounced his house falafel salad on a pita dressed with a spicy tahini sauce, excellent. Local wines and beers as well as coffee, teas and a wide selection of juices, are available with your meal. We sat on the deck overlooking the lake at a royal blue picnic table; seating is also available at lakeside and inside for air-conditioned comfort.

After lunch, we had one more stop to make–Sheldrake Point Winery–for a late afternoon tasting. I sampled several of the reserves, including a crisp Dry Riesling and rich Cabernet Franc, a selection my nearest tasting companion, a Minnesotan who was touring the area, enjoyed as well.

My tasting inspired me to become a Wine Club member, entitling me to free tastings, 20-percent discounts on purchases, invitations to wine club dinners and, best of all, quarterly shipments of pre-release and specially selected vintages from their library. Sheldrake’s winemaker, the philosopher-chemist Dave Breeden, keeps pleasing us with award-winning wines and I’ll look forward to more.

Touring the Sheldrake neighborhood couldn’t have been better. “Ahoy there! I love New York, too.”

Next excursion: a launch at Dean’s Cove and a paddle to the Aurora Inn for brunch or lunch.

2 thoughts on “Kayaking and Eating along Cayuga Lake” 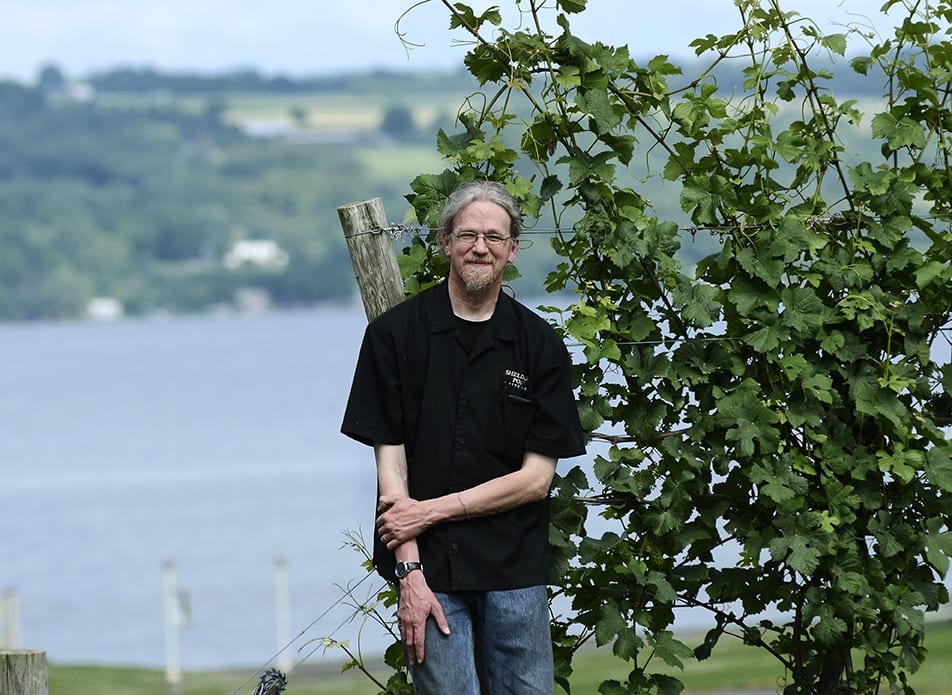 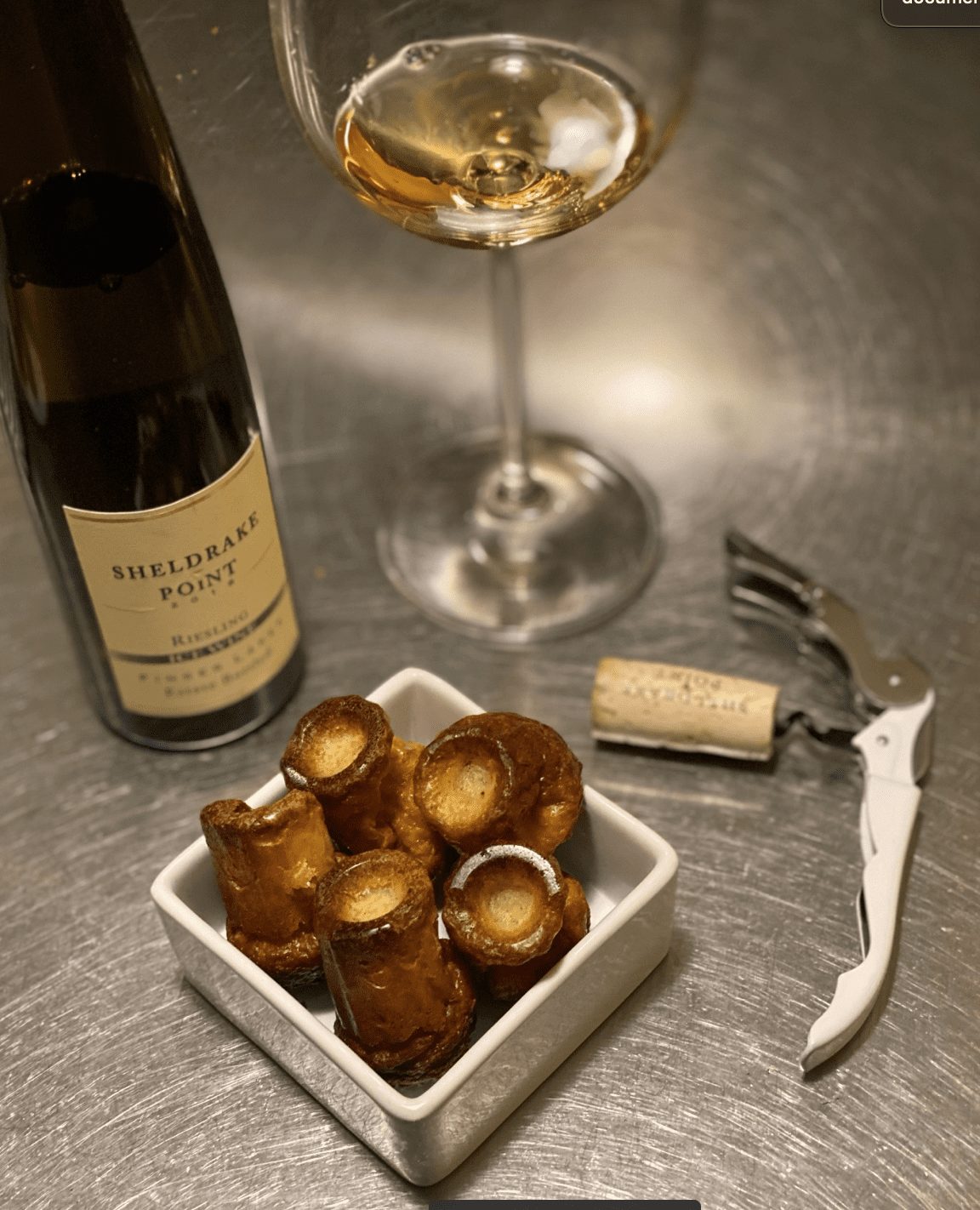