Where to Eat on Election Day in the Finger Lakes 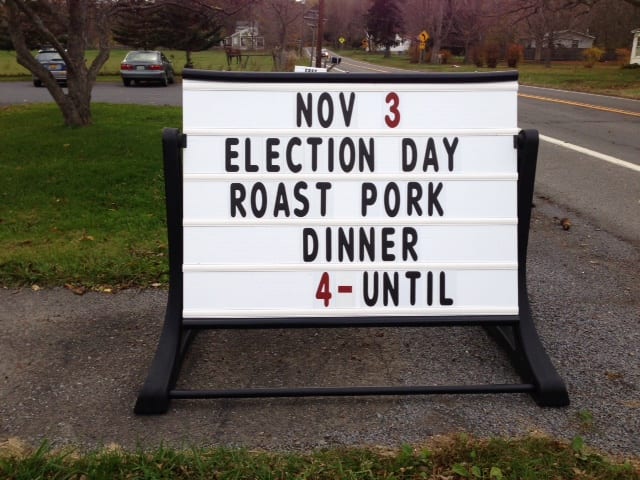 Vote Once and Eat Heartily

Where to eat on Election Day in the Finger Lakes

Story and photo by Janet McCue

Before I became an Election Inspector, I’d never really considered what an Inspector did. As far as I could tell, a few neighbors sat at the official table in front of the voting booths, verified my signature, and waved me on to the voting booth. Over the years, the curtained booth with the magic lever became a tabletop ballot read by a scanner and tabulated electronically but my Election Inspectors were always the familiar neighbors approving my right to vote year after year.

That meager understanding of the process all changed when I became an Election Inspector three years ago. First reality was waking up at 4:00 am to report to the polling station at 5:00 am. From 5-6, we get the site ready for voting, posting signs inside and out, displaying the sample ballot, getting the voting machine up and running (a process involving seals, locks, tabulations and certifications) for a 6:00 am opening. Our day ends 1-2 hours after the polls close at 9:00 pm when we do the reverse.

Second epiphany was the annual training and testing requirement. I learned how to handle challenges and changes of address, reviewed the rights and responsibilities of poll watchers, and the ins and outs of voting machines. At the polling site, I’ve interpreted voting district maps for citizens, explained affidavit ballots, and last year when the sophisticated voting machine choked on a ballot one hour before the polls closed, we shifted to emergency ballots and reconciled machine counts and lots of paper ballot tabulations. My fellow Election Inspectors impress me with their knowledge and their commitment.  (N.B. Election inspectors do get a paycheck for the day approximating the minimum hourly wage rate.)  Everything is done in pairs, one registered Democrat, one Republican, final counts are verified by all four Election Inspectors. It’s a long day but one gains a real appreciation of the right to vote.

Another lesson is the importance of sustenance. My first year as an Inspector, I brought my individual package of yogurt for lunch and some leftovers for my dinner. Little did I realize that others had brought a feast to share. Homemade soups and salads, warm coffee cakes and freshly brewed coffee. I was better prepared the next election for the dish-to-pass tradition among my fellow Election Inspectors.

Last year’s assignment added a new perk: the Reynoldsville Church Election Day supper. Comfort food, lovingly prepared, including roasted pork loin with mashed potatoes and gravy, dilly beans and winter squash, and pie slices that filled three card tables. I had the coveted role of dashing out to pick up our dinners and choosing our pie selection (one pumpkin, one pecan, one lemon meringue and one apple pie with crumb topping). All four Election Inspectors discretely savored the meal while signing in voters.  The aroma from the food either inspired voters to stop by the church for dinner or regret that they hadn’t.

Most Election Day meals are benefits for a good cause. For the Reynoldsville Church, it was repairing the church steeple. The Ithaca Rotary Club has hosted a pancake breakfast for more than four decades with funds going to support the student exchange program. This year their Election Day “breakfast” (which you can enjoy for breakfast, lunch and dinner since it runs from 7:00 am – 7:00 pm) will be held at Coltivare in downtown Ithaca. Tompkins Cortland Community College (TC3), Coltivare and the Rotary are co-sponsoring the feast of blueberry (or plain) pancakes, eggs, sausage, yogurt and fruit, hash browns, orange juice, coffee and tea. Your pancakes might be flipped by a budding celebrity chef from TC3 and served by one of the exchange students enrolled at Ithaca High.

Sprinkled up and around Cayuga Lake, you’ll find Election Day meals. The Jacksonville Community Church on Route 96 features chicken and biscuits (or roast pork), along with beets and beans, sweet potato casserole, and handmade desserts.

Going north on Cayuga Lake, stop by the Union Springs Lions Club for a ham dinner with scalloped potatoes, or in Geneva, you’ll have to decide between rival ziti dinners. The Geneva Kiwanis Club is hosting their $8 ziti dinner to benefit a new daycare playground while the ziti dinner at the Geneva High School ($8.50) will support a Substance-Free Graduation Night. With 90 miles around Cayuga, and almost as many around Seneca, there are plenty of Election Day meal options in the Finger Lakes. 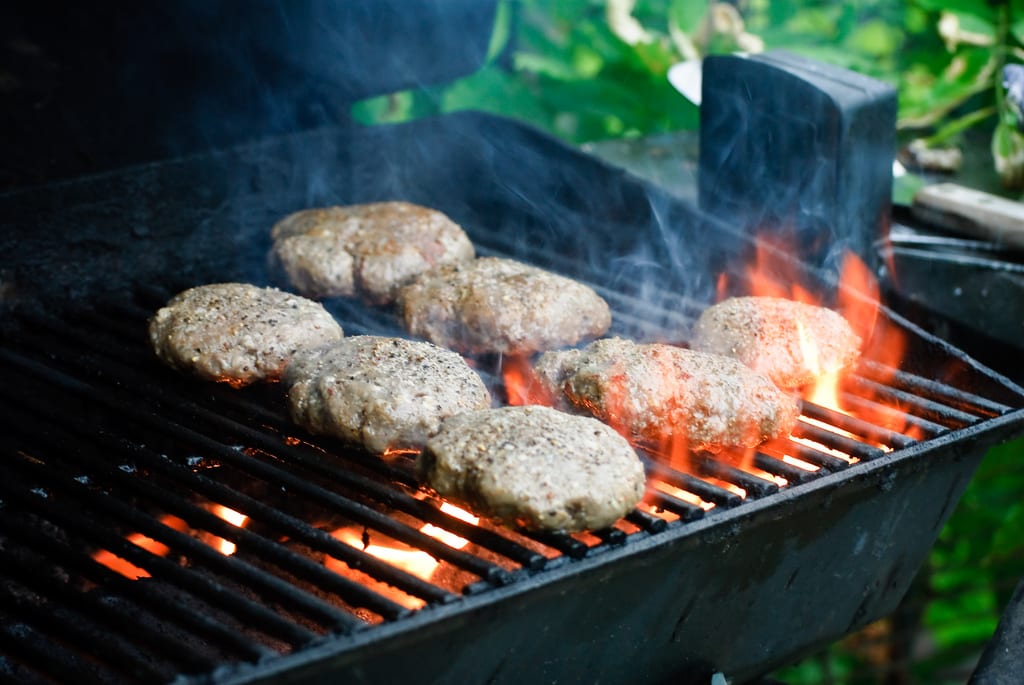