I’ve been more of a homebody than a wanderer these days while my husband recovers from the installation of a new hip. Walks around the neighborhood and home-cooked meals rather than trail hiking and restaurant excursions are now more the norm. But we haven’t suffered. Between the bounty brought by friends—Joan’s chicken soup, Karen’s chili, Larry’s vegan shepherdess pie and Mitch’s fruit salad—and our winter CSA from the Full Plate Farm Collective, we’ve eaten well. My walks have been bountiful in a different way.

I live in Mecklenburg, a tiny hamlet in the sprawling town of

Hector. Now in Schuyler County, Mecklenburg was part of Tompkins County until 1854; Mecklenburg began as a “corner hamlet,” where four Military Tract lots joined. These lots were surveyed after the Revolutionary War for distribution to veterans as payment for enlisting in the war effort. In addition, the hamlet (unnamed until 1826) was advantageously situated on the upper reaches of Taughannock Creek, a year-round mill stream, and on the crossroads of what would become State Routes 228 and 79 and McIntyre/Williamee Road.

Ambling around my neighborhood, I’m struck by the right corner angles of the country roads, similar in layout to city blocks but stretching a mile in each direction. These reflect the Military Tract boundaries surveyed in 1790. It’s a 4-mile jaunt to get around my country block and it’s good exercise. One hundred years ago, Mecklenburg was an agricultural hub with several mills, a large seed company and many family farms. Today, the mills are closed, some of the established family farms have grown into large enterprises, and new agriculturally-based enterprises are sprouting. If I go down Buck Hill Road, I walk past Wide Awake Bakery, my bread CSA, a little further down the road and I get to Wellspring Forest Farm & School getting ready for their maple syrup festival, March 19th and 20th. Heading in the opposite direction down Williamee Road, I arrive at PoleStar Farm, advertising for their 2016 CSA.

My walks around the neighborhood—even in our off-again/on-again winter—reveal signs of spring: the goldfinches at the backyard feeder showing some yellow coloration, skunk cabbage in the gullies by the Mecklenburg cemetery, a cluster of wild chives ripe for the picking. But the signs of spring are not nearly as surprising as the sign in a Mecklenburg storefront. Will there really be a new restaurant serving red wine and fennel braised beef short ribs and barley and spelt risotto at the old lunch counter? I imagine the aromas as I round the block.

A bit more investigating reveals the intent. Gather is the name of Heather Hallagan’s event design, planning and vintage rental enterprise. Even though the storefront is not a restaurant serving risotto, it’s clear from the furnishings that her business aesthetic is “casual elegance with a refined palate.” In addition to housing her business, Heather imagines her up-and-coming storefront in Mecklenburg as a space for community gatherings and conversation, planning and inventing. For Heather, “Gather is bringing people together to celebrate something wonderful” so no one can stop me from dreaming of a pop-up dinner someday where we’ll discuss the future of our neighborhood over a homemade risotto.

In the absence of a new neighborhood eatery, I turn to the New York Times cooking app, my go-to resource when my cookbooks fail to inspire me. My query usually revolves around the remaining winter veggies in my CSA. Last week’s turnip and olive frittata finally gave me some hope for enjoying turnips for dinner. Tonight I needed a recipe for cabbage, scallions and potatoes. Martha Rose Shulman’s recipe for Mashed Potato and Cabbage Pancakes called for green cabbage and chives. I had red cabbage and scallions, which meant that my finished product looked more like blueberry pancakes. Although the recipe didn’t call for any toppings, I used some of our Black Diamond Farm winter keepers to make an applesauce and the wild chives I had gathered on my walk to garnish the sour cream. A great local feast for a semi-wintry date with my housebound husband.

To prepare the cabbage, remove the outer leaves and quarter a small head or ½ of a larger head. Core and place in a steamer above 1 inch of boiling water. Steam 10 to 15 minutes, until tender when pierced with a knife or skewer. Remove from the heat and allow to cool, then squeeze out water, and chop fine. Mix with the potatoes in a large bowl. Add the chives, baking powder, marjoram if using, salt, pepper, and flour. Beat the eggs and stir in.

Begin heating a large heavy skillet over medium heat. Heat the oven to 300º. Add 2 tablespoons of the oil and when it is hot carefully scoop up heaped tablespoons of the potato mixture and use a spoon or spatula to ease them out of the spoon into the pan. Gently flatten the mounds slightly with the back of a spoon or a spatula but don’t worry if this is hard to do—if they stick—because when you flip them over you can flatten them into pancakes. Brown on the first side—about 2 or 3 minutes—and using a spatula, flip the mounds over and gently push them down so that they will be shaped like pancakes. Brown on the other side and remove to a baking sheet. Continue with the remaining potato mixture, adding oil to the pan as necessary.

1 thought on “Signs of Spring” 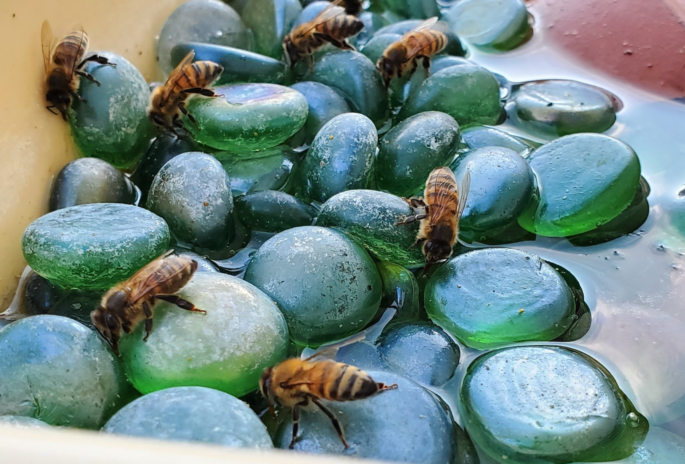 From the Hive: Spring Brings Beekeeping and Gardening Bliss 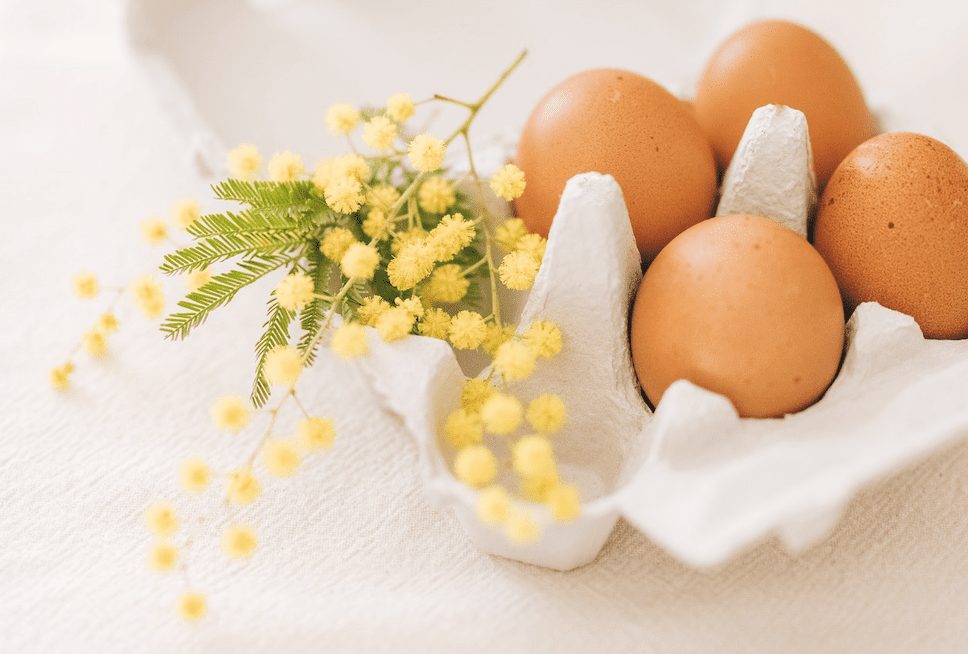 Foodie Self-Care from Rasa Spa: A Season of Renewal 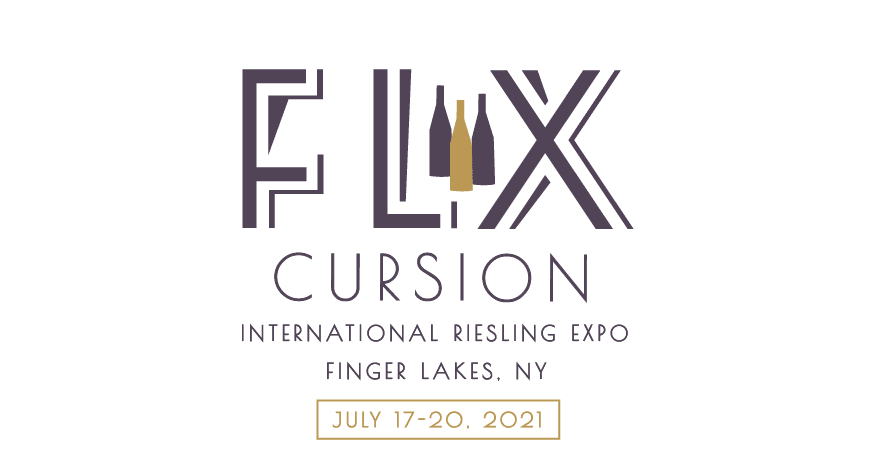