The gateway bottle for non-natives

When Thomas Pastuszak came to Ithaca as an undergrad he was on the pre-med route. A couple of restaurant jobs (and a Cornell degree) later, he landed in the NYC hospitality scene. Having developed a love and appreciation for all things Finger Lakes wine, he became the de facto NYC ambassador for our local wines. After all that time admiring and promoting the work of others, he decided to get his own hands dirty (literally) and Empire Estate Winery was born. We talked to Thomas about how he’s bringing his upstate-made wine to big city drinkers.

eFLX: You’re in New York City but this wine is made in the Finger Lakes. Tell me about that.

Thomas Pastuszak: Kelby Russell (of Red Newt Winery) is a friend and I hired him to be the winemaker for Empire Estate; he and I work together to make the wines. We share space in Red Newt cellar, our tanks are there and it’s made there. We source grapes from 11 different vineyards around Seneca, Cayuga and Keuka lakes. If I have one chance to show off the FLX, why should it be from one vineyard?

eFLX: Why only make Riesling?

TP: We wanted to do something that really promotes the FLX, promote what it does best. For me it was important to do dry Riesling because working in restaurants, pouring wine for people every day, many people immediately think “sweet” when they hear “Riesling.” The idea is to raise the tide for all ships, get more people excited about FLX wines through a project like Empire Estate, raise awareness. Especially in NYC, I can pull the local card with guests: “Here’s a great wine and, by the way, you can be there in four hours.”

eFLX: Each year you produce a vintage and a reserve. What’s the difference between them?

TP: We started with three different vineyards to make the first vintage in 2014, but we found that one of our vineyard sites stood out. We blended it all together in our first vintage, and in the second year we produced the reserve from just that one site. It’s made from the Dalrymple family vineyard in Lodi. Basically, the volume is turned up on the reserve wine.

eFLX: Can you describe the wine to someone who has never tasted it?

TP: It’s almost like you’re hiking on a path along a gorge and you can smell the moisture coming off the wet stone. Fruit tends to be a bit of a secondary thing: lemon-lime, peach, dried apricot. It leans more toward a savory style, so you get some fresh herbs. On the palate it’s brisk, refreshing, crisp and delicious. It pairs well with a very simple tagliatelle with king crab, Meyer lemon and a bit of fresh herbs.

Laura Gallup is the managing editor of Edible FLX as well as the marketing and events coordinator for the Ithaca Farmers Market. She grew up eating strawberries by the bucketful on her dad’s farm in Hector, NY.

This story was originally featured in our Wine 2018 Issue.

A Sweet and Sour Wakeup to Spring 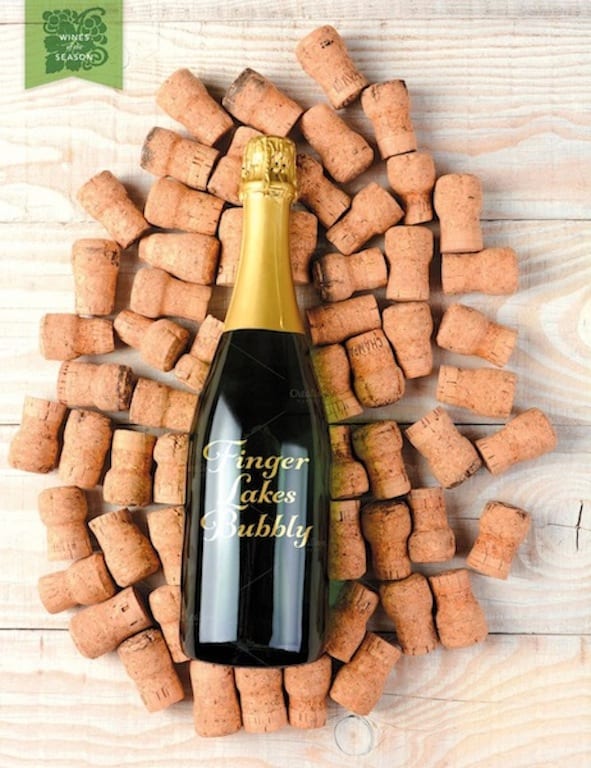