Mud Season: The Act of Farming in Times of Rain

Thor Oechsner has been farming around the Newfield area south of Ithaca for 25 years. He has well over a thousand acres in organic crops, including corn, soybeans, rye and wheat. And this was the first year he simply could not get all of his winter wheat planted. The wet and rainy conditions made it nearly impossible.
Share on facebook
Share on twitter
Share on pinterest
Share on email

Thor Oechsner has been farming around the Newfield area south of Ithaca for 25 years. He has well over a thousand acres in organic crops, including corn, soybeans, rye and wheat. And this was the first year he simply could not get all of his winter wheat planted. The wet and rainy conditions made it nearly impossible.

“It was disgusting, it made me nauseated,” he says, describing how he was eventually able to plant some of the wheat. “I was out there in wet, goobery soil just trying to get seeds in the ground. The planter was all plugged with mud. It was just awful.”

Last fall was the wettest Oechsner has ever seen, and certainly the wettest he’s ever tried to plant in. The wheat he was able to mud into his fields doesn’t look fantastic; wheat doesn’t respond well to such wet conditions. He’s not sure how it’s going to do over the winter or what the quality will be like at harvest time this summer.

“The fact that we didn’t get enough of it in and it doesn’t look great, that could be a real financial hardship going forward,” he says. The financial loss would be a double whammy for Oechsner, who is also part owner of the Farmer Ground Flour mill in Trumansburg. The mill counts on having his harvest to produce its local, organic flour.

The wheat that Oechsner planted isn’t a lost cause just yet, but a lot of things will have to go right before June. He needs the ground to get a nice cover of snow to keep it from freezing and thawing too much, which would heave the wheat right out of the earth. He needs the spring to be a little wet and he needs the summer to be dry, especially when the wheat is flowering in June. If the weather grants him all these things, there’s still a chance that Oechsner will get a harvest that’s low in quantity but high in quality.

“I’m a little dubious,” he says, laughing with years of experience. “I’d love to be pleasantly surprised.”

But behind his laughter is real concern: How many seasons in a row could he—or any farmer—take of intensely wet weather like this?

Just a short drive north on Route 13, the Climate Smart Farming Program has its home at Cornell University. The focus of the program is to develop tools and resources that will help farmers better manage the risks inherent to our changing climate. One of the tools on the program’s website is an interactive map that shows temperature and precipitation information for each and every county in the Northeast. With the click of a couple buttons, the map displays historical precipitation data from 1950 through 2013, and almost every county turns a shade of blue.

“As you can see, across the northeastern United States it’s been quite an increase over that period,” says Brian Belcher, the web application developer for the CSF program who also has a background in meteorology and climatology. Clicking another button on the map, the vast majority of counties turn darker blue, representing an even steeper increase in total rainfall since 1980.

Another few clicks and a jagged line-chart appears for Tompkins County, where Oechsner has his farm. It shows not only the amount of rain that the county has received in the past but also the annual totals that Tompkins is likely to get in the years and decades ahead. In both cases, the lines on the chart are unmistakably trending higher.

Belcher says the data behind the map also shows that extreme precipitation events—times when a location receives an inch or more of rain in a single day—are increasing. Downpours and storms are getting more intense, which can be more than just an inconvenience for farmers. It can be outright destructive.

Oechsner has a particular field he’s been farming for 20 years. He passionately talks about how beautiful the soil is; how he’s worked it with cover crops, manures and plant debris to slowly build the organic matter and structure. A few years ago, says Oechsner, five and a half inches of rain dropped out of the sky in under an hour. It put gullies in his field. It washed away much of that beautiful soil he’d spent years building.

“I’m still farming it, but you can’t do that too many times,” he says. When asked how long it will take to rebuild the soil in that field, Oechsner’s answer is simple: “It won’t be the same in my lifetime.”

Soil is more than just dirt. It’s an ever-changing living system. It’s a complex mixture of both mineral and organic bits arranged and bound together by chemical and physical bonds, the branching filaments of fungus, and the secretions of both microbes and plant roots. When stable and healthy, this latticework fills with air, water and life. It makes farming not only possible but bountiful.

Healthy soil structure is gradually built and accumulated over time. It requires nurturing on a regular basis from both humans and the natural ecosystem around it. Losing healthy soil to erosion during hard rains is a real concern. But sopping wet weather also makes it incredibly easy to damage the soil by compacting and crushing its structure.

Greg Hartt and his wife, Jenney Stringer, run Stonecrop Farm in the town of Henrietta, outside of Rochester. It’s a small organic operation of pasture-fed pigs and poultry. This fall was far wetter than they expected and driving their tractor anywhere on the farm threatened compaction of the soil they’ve been nurturing for the past three years. But just as concerning were the pigs.

“During the fall, when we still had animals on rotating pastures, we had to move the pigs more frequently to prevent them from damaging our fields,” says Hartt. Pigs have a tendency to root things up a lot faster when the soil is wet. Once they turn over the soil, they’re more likely to compact it, and that just makes it harder to get pasture to grow back the following year.

“We need our pasture to grow really well,” says Hartt. “And when we have soil compaction in our fields, the grass and clover and whatever forage we planted comes back much more slowly and not as thickly in groundcover.” That means less forage for animals to eat in the summertime. It means fewer plants soaking up nutrients from the manure. And it means less of a root system that prevents erosion and allows water to drain efficiently.

The threat of compaction and damage means staying off the soil as much as possible when it’s wet. Work can’t get done and windows of opportunities get missed, putting farmers in a tight corner.

“It makes everything harder,” says Hartt, speaking of wet weather in general. But the possibility that these wetter seasons could become the new norm has pushed him to begin thinking about ways to be more adaptable on the farm. He and his wife have based their yearly flow of work on certain presumptions about the seasons that simply might not be true anymore.

“I think diversity, for me, is really where it’s at,” says Oechsner, explaining how he has managed the changing climate on his own farm. “If we plant enough different crops, we’ve always got something that’s a winner and we’ve always got something that’s a loser.” This year his winter wheat may turn out to be the loser, but his corn and soybeans were clear winners.
Still, Oechsner wonders what the future will be like for the next generation of farmers. He wonders what it will be like in 20 years for the sharp young guy who is planning to take over the farm from him. There’s an old saying that a dry year will scare you to death but a wet year with starve you to death. At least when the weather is drier, you can get out on the land to work it. Repeated wet weather like this past fall could wipe a person out. How will new farmers be able to make it work?

Ariana Taylor-Stanley lives and farms in Trumansburg, not far from Oechsner. Here We Are Farm is a small operation with just one acre of intense vegetable production. Although she has several years of experience, Taylor-Stanley is, by her own admission, a beginning farmer. She is new to New York. She is just starting to figure out everything there is to know about growing vegetables in the Finger Lakes.

“For me, the craziest thing is just trying to figure out what normal looks like,” she says. “I guess we don’t have that anymore.”

For her, the increasingly intense and unpredictable wet weather is just an added layer of complexity to everything else she’s trying to learn. Like Oechsner, she has chosen to grow a diverse selection of crops throughout the year to hedge against loss. When asked about her future and the uncertainty that exists, she’s both philosophic and poetic in her outlook.

“I think to be a farmer, you have to be a little crazy and be a little bit comfortable knowing that so much is out of your hands,” she says.

Taylor-Stanley describes farming as an act of magic and alchemy in which you take cardboard boxes full of tiny baby seeds, add soil and water and air and sunshine, grow things through many stages to fruition, and actually make a living doing it. There are so many things that could go wrong between looking at the seed catalogs in winter and showing up to market in summer. This act of farming, she says, has always required a huge leap of faith to succeed.

Farming, in these times of increasingly muddy seasons, could demand even more than that.

Matt Kelly is an independent journalist whose work is focused on the intersection of food systems, ecosystems and political systems. He’s the author and editor of The Bee Report (thebeereport.com). Find more of his work at bymattkelly.com. 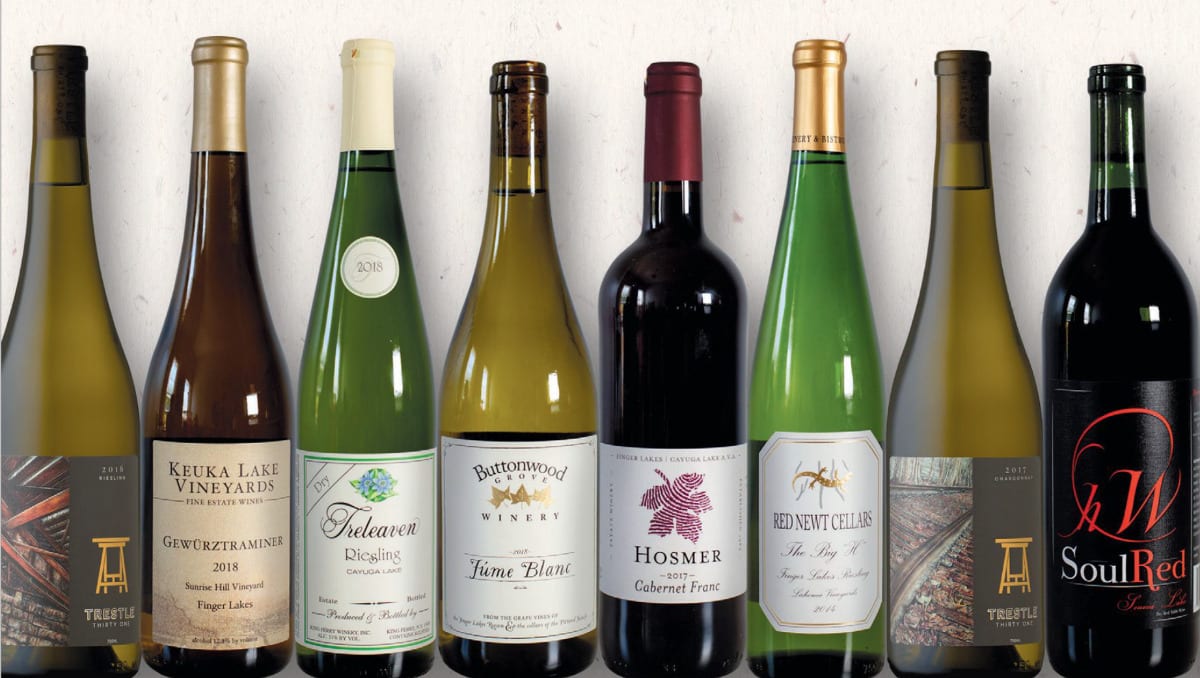 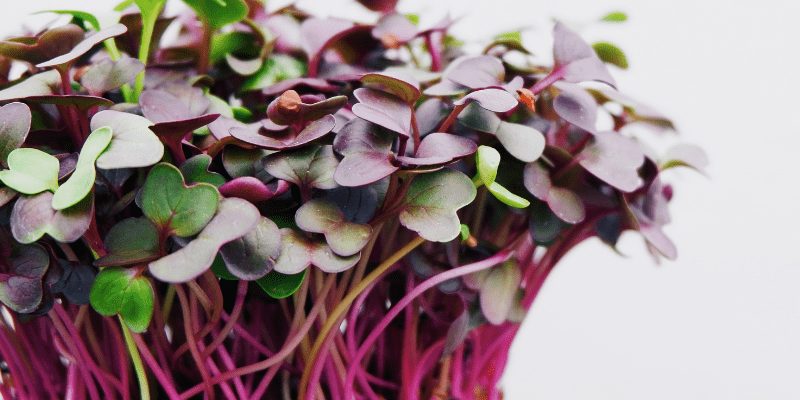 FLX Foodie Photo of the Week: Microgreens on a Grey Day