Given the number organic farms and CSAs that have popped up and flourished in the region the last couple of decades, it’s hard to believe that it was 2016 before the Finger Lakes had a farm focused specifically on microgreens.  That was when Maggie O’Reilly, fresh out of Hobart and William Smith Colleges, launched Maggie’s Greens.

“There were no microgreen growers in this specific area, which was interesting to me,” says O’Reilly.  “There are so many farm-to-table restaurants and wineries that use local foods, and so many farms around here.”

Microgreens are small plants that are nourishing, have an intense flavor, and have a fast maturation time, often less than a week during warm weather.  Working out of a greenhouse in Waterloo owned by Victor and Jenna Pultinas of Lake Drum Brewing, she’s already had her greens featured on menus at Stan’s Waterloo, The Red Dove Tavern, Halsey’s, and Kindred Fare.  The Linden, where she worked previously, have featured her microgreens in their unique tacos.

Growing up in Chester Springs, Pennsylvania (near Philadelphia), O’Reilly wasn’t entirely certain what she wanted to do with her life.  She arrived at Hobart & William Smith to study Education, but during her sophomore year, she switched to Environmental and Religious Studies.  She became interested in farming through her coursework, and between her sophomore and junior years, she worked on a farm in Maine, a job obtained through MOFGA (Maine Organic Farmers and Gardeners Association).  It was there that O’Reilly was introduced to microgreens as part of growing for salad mixes.  The following summer, she took courses and worked on the Fribolin Farm near the campus.

“Once I started farming, it felt more right than anything else,” she remembers.

Her food endeavors were not limited to farming: she also embarked on a food recycling project her senior year, where she monitored food waste at the Saga Dining Hall, then funneled what could be salvaged over to Geneva’s Community Lunch Program and The Salvation Army.

Believing that Geneva was a place with a lot of potential and room for growth, O’Reilly decided to stay in Geneva after graduation.  She worked at Blue Heron Farm in Lodi, and supplemented her income with bartending jobs at The Linden and Finger Lakes Live, both in Geneva.  She soon grew restless with the half-hour plus commute from Geneva to Lodi, and when Victor and Jenna Pultinas told her about the new cooperative greenhouse space in Waterloo they were pulling together, O’Reilly jumped at the chance.

“I remember talking to her about the space and our goals with it,” says Pultinas.  “The farm she was working at was sort of a long drive, and she was getting fed up with it.  She was looking for something that worked for her.”

The property, which dates back to 1850, has three greenhouses and, prior to the Pultinases purchasing the property, served as a nursery.  O’Reilly decided to rent the space out for the winter and devoted it to growing microgreens. She spent her first year leveraging her connections in the restaurant industry, developing relationships with chefs from around the region and showing them samples of her microgreens.

“I love part of being in the community in that way,” she says.

She worked Farmers Markets as well, and while she enjoyed the social interaction with the customers, she found having to keep up production specifically for farmer’s markets a chore.  These days, she primarily makes her microgreens available to consumers through her CSA, finding it much easier in terms of cost control.

“With CSAs, I know how much I need to grow, as opposed to having to grow too much, and not having enough of a market to sell it in.,” she elaborates.  “The CSA has been awesome because people know what they’re going to get every week.  You have the up-front costs of seeds and figuring things out, and how will you pay for them.”

Microgreens have a more challenging but not impossible growing season in the winter.  It can be a struggle to keep the greenhouse temperature to 70 degrees, which is what is required for the seeds to germinate, and with less sunlight, can take double the time to mature.  Radish greens, which take less than a week from germination to maturity in the summer, can take up to two weeks in the winter.  O’Reilly uses heat trays to keep the plants warm, but acknowledges that heating costs can be high in the winter.  She lives in Geneva, and commutes to the greenhouse in Waterloo every day.  O’Reilly’s microgreens are grown in a 30’ by 50’ room on 10” by 20” trays, and she shares the greenhouse with Don Caldwell, an employee of the Finger Lakes Grape Program who is growing and cultivating figs and working on obtaining his nursery license; her greenhouse neighbors are Blueprint Geneva, a community organization focused on sustainability and resiliency who have recently moved in.  Of the latter, Pultinas characterizes O’Reilly’s and Blueprint’s relationship as symbiotic: “She’s helping them a little bit more because she’s had the experience of being in that space.”

In addition to helping her neighbors, O’Reilly has expanded her operation beyond growing and selling microgreens.  In December, O’Reilly hosted a workshop at Lake Drum Brewing on growing Microgreens given by The Finger Lakes Institute, with guests having an opportunity to take their own Microgreen planting home.  She’s also done pop-ups at Lake Drum as well as Red Jacket Orchards, and hopes to take her greens further out to places like Rochester and Canandaigua.  She’s making more connections through her day job as an event planner at The Cracker Factory, where she’s held CSA pickups and enjoys and learning from her bosses Brandon and Amy Philips about running a business.  Down the road, she hopes to expand her operation beyond microgreens and commercially produce herbs and mixes she’s been growing privately for years, like parsley and cilantro.  But her ultimate goal is to build a greenhouse in Geneva and serve as a mentor to a young farmer.  But she is content with her present predicament.

“One day, maybe, I will be a full-time farmer,” she says. “But right now, I’m able to keep it at a level that’s fun and exciting.”

Erin Scherer profiled Lake Drum Brewing in 2014, and profiled Dave Breeden in the 2018 Wine Issue.  She lives in Geneva.

Jan Regan is a full time freelance photographer based in Geneva. You can see more of her work at janreganphotography.com.

If you’ve never tasted microgreens, O’Reilly gave us a flavor and texture profile of some of her most popular shoots.

This is a mix of greens, mostly radish and arugula, that work well together with a bit of spice, crunch and a nice color mix. I’ve developed this mix to turn out the same every week. The leaves are tender and most of the spice comes from the stems. I love the tiny arugula leaves, they’re so pretty and delicate. Topping a mellow soup with this mix works well.  The chef at Linden Social Club in Geneva puts this mix on top of their tacos. Gives a nice fresh bite to the salsa.

I soak these like you would sprouts. Soaking them in water first allows them to germinate without being in soil. Then I put them in soil after they germinate. It takes about 10 to 14 days to harvest. I use a black oil sunflower seed for its nutty flavor. These have a really dense, chewy leaf and big rounded leaves. They’re more savory than the sweeter greens. These are great on sandwiches and there is a good amount of protein in them.

The tendrils, the little grabby parts of the plant that help them vine up have a really nice flavor, more sweet like peas but in the green leaf form. People pair them with fish a lot or toss them in salads. They’re really delicate, more lighter,  skinny stem with more leaf content versus the sunflower with two leaves. I have one friend who always has a bagel with cream cheese with the pea shoots on top. It seems like a fancy thing, but you can really eat them on anything and they add a lot of flavor.

This article was originally published in our March/April 2019 issue. 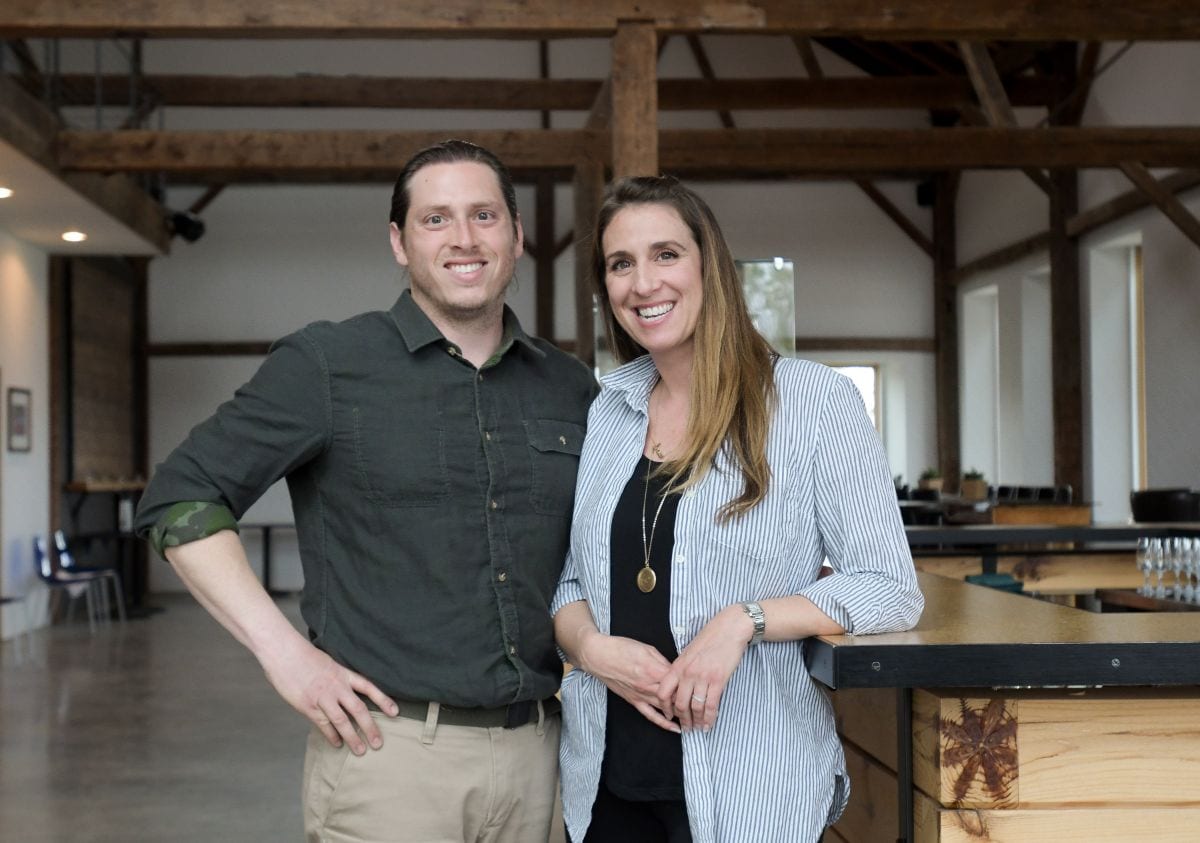 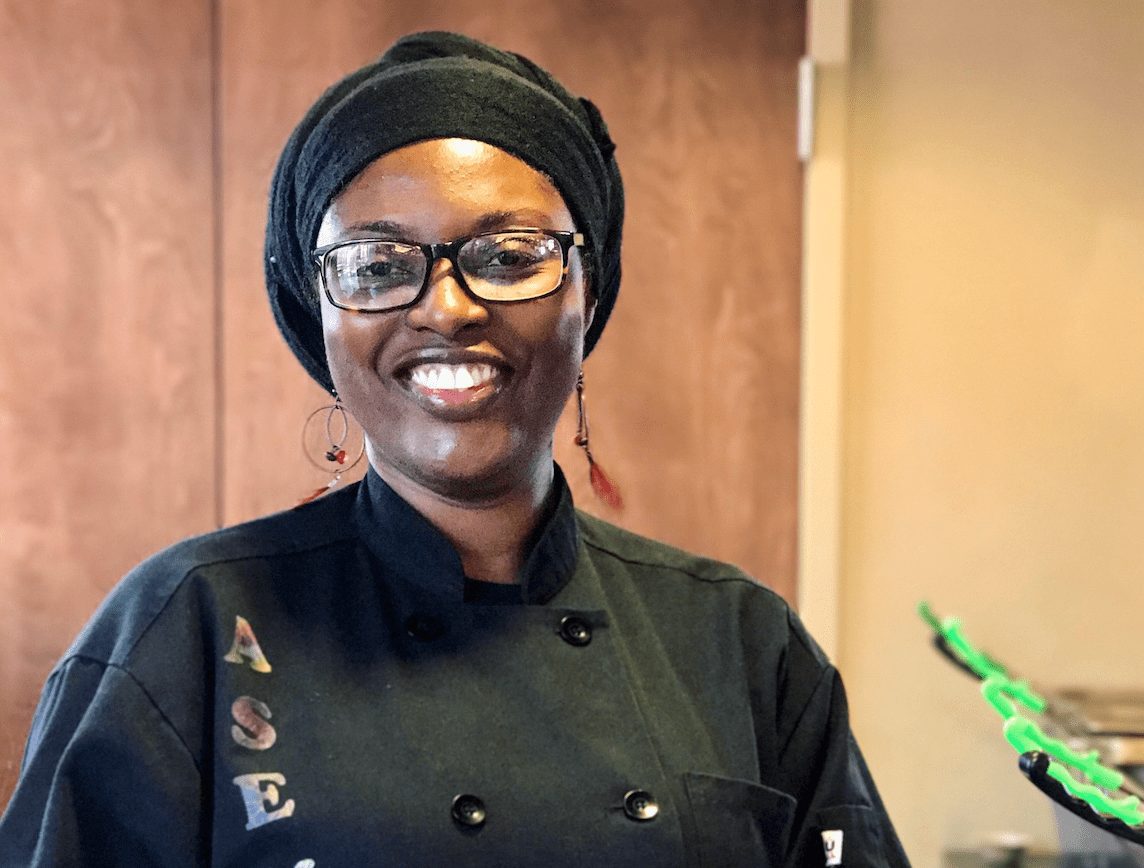