Since 1905 the Hoffman family farm in Odessa has been a special place where values are deeply rooted, and success is measured in seasons. An oft-used term, “sense of place” has great meaning on the 340 acres. The property is much as it was in the days of the original homestead when George Hoffman and his wife, Georgina, purchased the land.

Current owners Ron and Carmella Hoffman have taken the long view of their agribusiness, finding the right ingredients to sustain an enterprise that has been in the family for five generations.

“Ron was born and raised on the farm, in the same house as a matter of fact, but I grew up in town, Watkins and Montour,” Carmella says. “The house faces north and looks across the valley to the beautiful hills and Village of Odessa. We all love that we can be free to wander the land, hunt, fish and enjoy the peace and quiet of country life.”

The pace may resemble what it was 100 years ago, but the life of a modern dairy farmer is anything but predictable. The last two decades have
gravely impacted the milk industry, and Ron, Carmella and their children
have had to make difficult, sometimes surprising decisions.

“Milk prices were so low that a farm had to either get bigger or add value
to their product. We didn’t want to expand our herd, so I decided to pursue
cheesemaking,” she says.

After attending a three-day intensive artisan cheesemaking course and a class with Ron, she felt confident and excited to get things underway.

“It took a while to convince the family, the banks, and particularly my
husband, that it was a good idea. It’s a move that I have not regretted at all.”

After long consideration and numerous discussions with the family—Nicole, Christina, Valerie, and Jeremy, along with their spouses and kids, who all assist with the farm in some way—Carmella launched Sunset View Creamery in 2004. The biggest challenge since she started has been supplying both their wholesale customers and the farm’s retail shop.

“In the beginning, all the milk was pasteurized to make cheese—curds, cheddars and Monterey jacks. Eventually we decided to drop the jacks and just make curds and mozzarella. We moved into making raw milk cheeses, such as an American-style cheddar, one mild and one distinctly sharper; Heritage—our version of a Parmesan and Swiss blend that has a nice balance of sweet and savory notes; Bel Paese, a semi-soft Italian cheese with a milky aroma and a mild buttery flavor; and havarti,” notes Carmella.

While money doesn’t grow on cheese, the Hoffman family has built a successful artisanal cheese operation that has experienced steady growth thanks to perseverance, planning and exceptionally well-crafted cheeses, producing nearly 500 pounds a week.

“Our business flourished as we added new varieties. We continue to come up with new cheeses, adding flavor to the original styles and finding a real niche in the cheese world,” she explains.

The raw milk havarti is available in plain, dill and smoked flavors while fresh squeaky cheese curds come in a variety including dill, garlic and onion, horseradish, tomato basil and buffalo.

She notes, “Our cheeses are made with milk from our 50 cows. The majority of their genetics trace back to the original 10 Holstein cattle raised here, when the farm was started.”

Family time is now spent working together to create a model for the future with a sense of purpose and promise.

“None of our kids want to see the farm disappear and will work to keep it going,” Carmella says, reflecting on the longevity of the farm and the growth of the creamery. “We work to honor the wishes of our founding family members, while keeping up with the times. We often wonder what Ron’s father and grandfathers would think about where we are today.”

Ann Duckett is a writer, cheese educator and recovering cheesemonger. She delights in helping others find their cheese bliss through classes, events and sharing stories of whey, wheels and wedges.

Heather Ainsworth is a regular contributor to myriad publications and serves as the Chair of the The National Press Photographer’s Association’s NY/Int’l region. 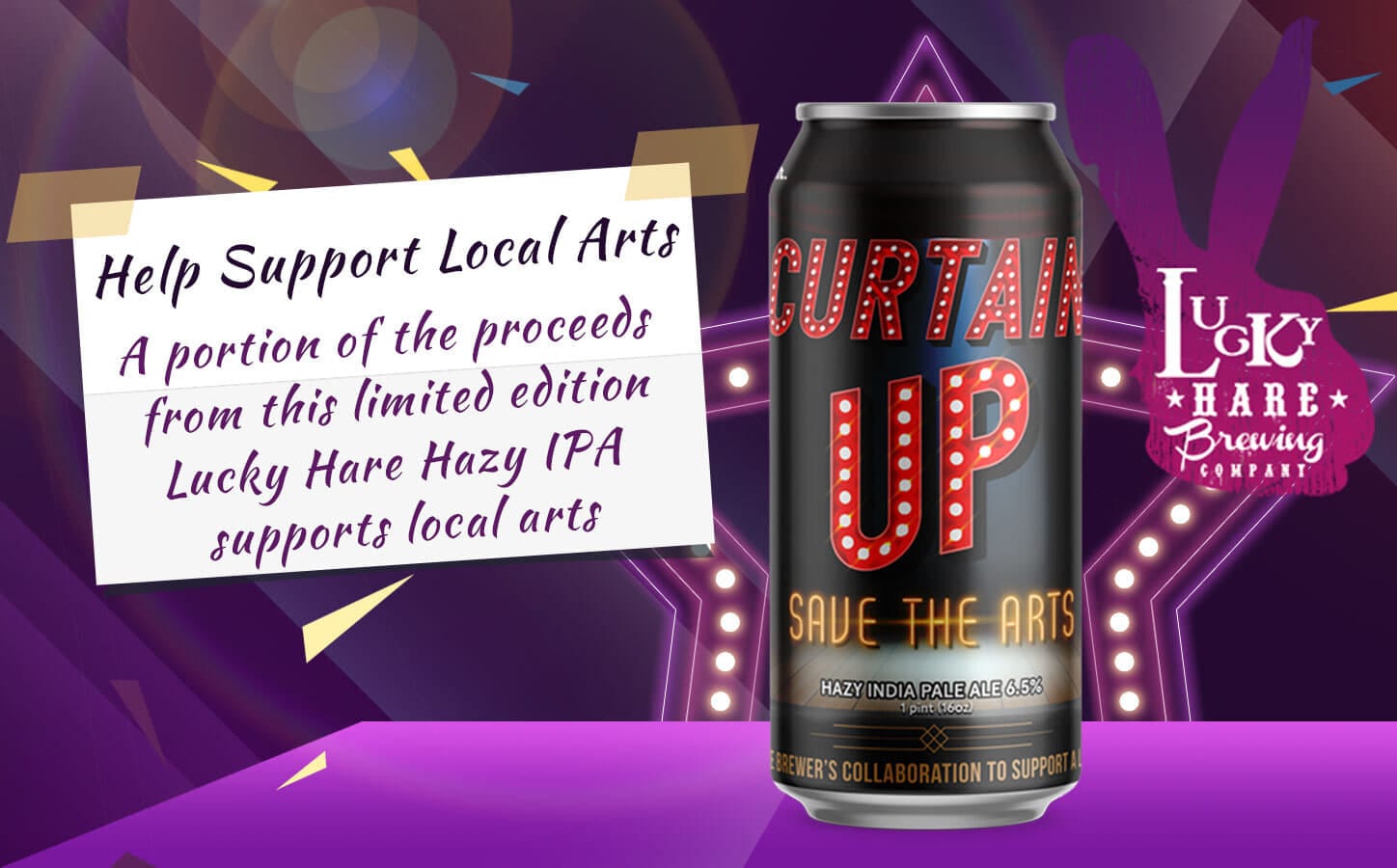 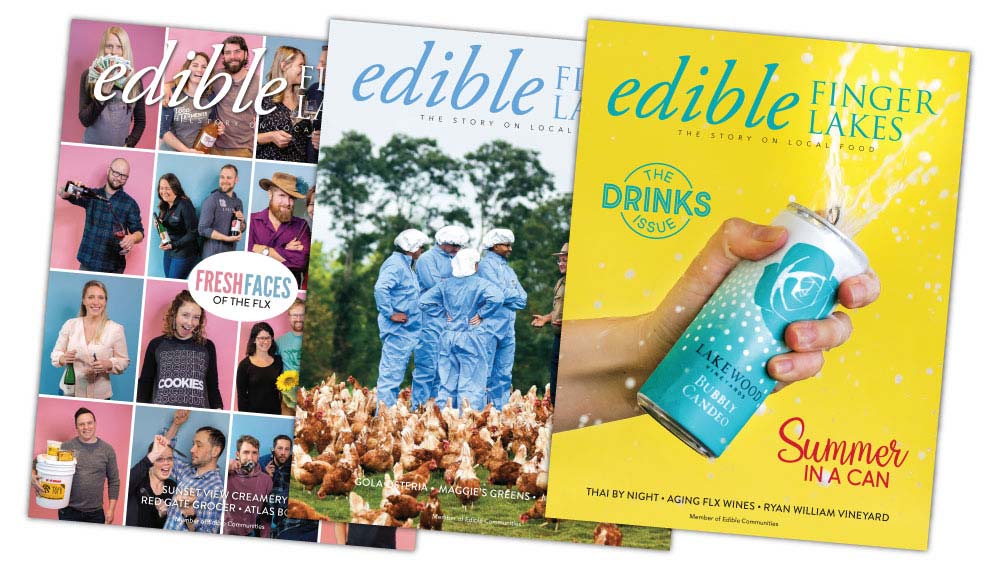 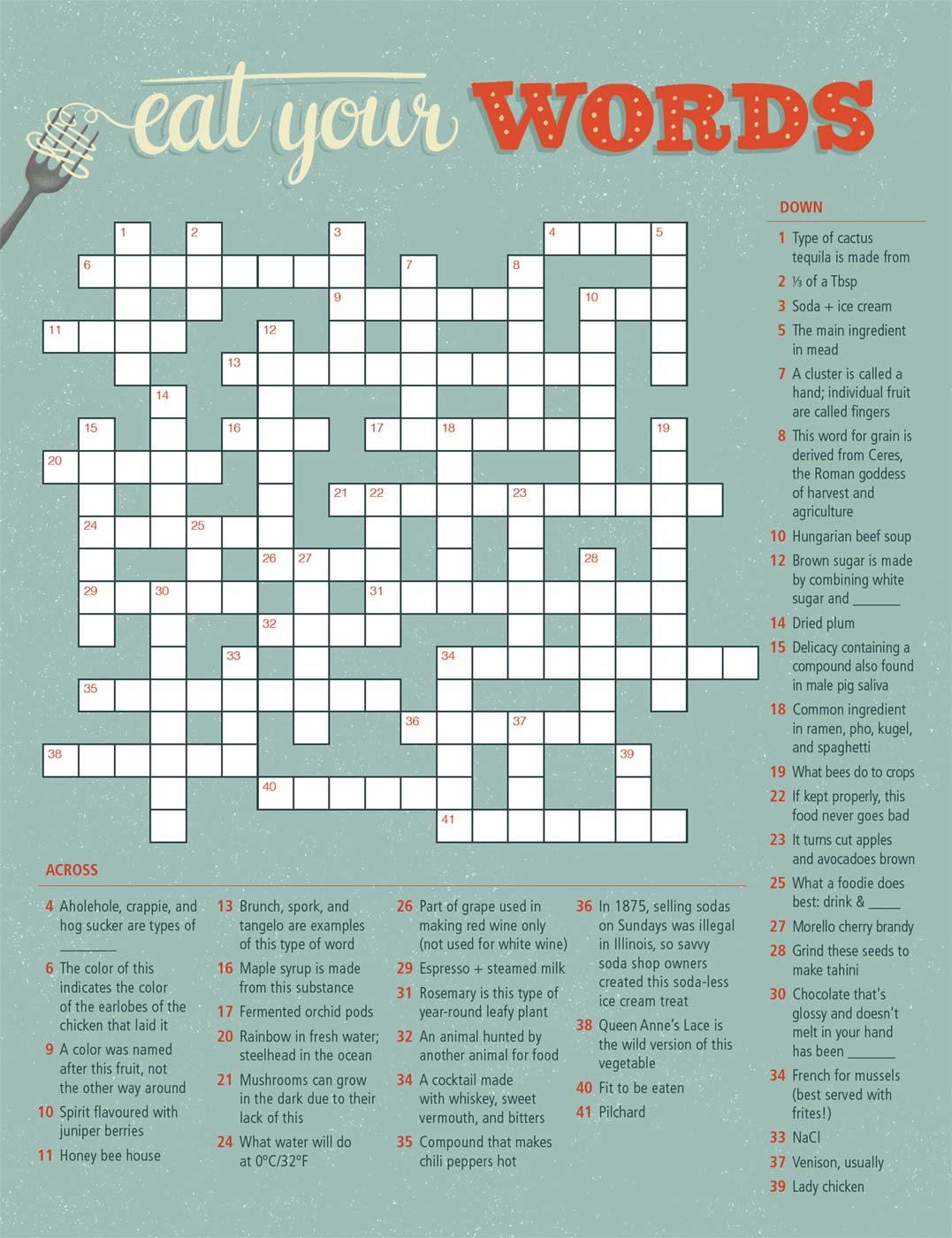 Eat Your Words: A culinary crossword for you