From Maximum Security to Maximum Sandwiches

Ok, let’s get this out of the way. The name of this place comes from the imagination of two little girls. Chef and co-owner Cody Evans’ family has owned the land where the Elf in the Oak is located (east side of Seneca Lake in Burdett on route 414) for generations. His great grandfather built the house that is now the restaurant. There’s a giant oak tree on the property that borders next door neighbor Catherine Valley winery. Evans doesn’t know who planted the tree but when they were little girls, his grandmother and her sister spent their childhood pretending that an elf lived in the tree. They built houses for the elf and brought treats and toys to their imaginary friend.

Eventually the elf became a permanent member of the family and the game was passed down. So when it came time to name the restaurant Evans wanted to pay homage to the mythical creature by naming the restaurant after him, and so the elf belongs to all of us now. Just don’t go looking for the elf yourself. The land around the tree is overgrown and there’s barbed wire. Leave the elf alone and instead go have a great meal.

Which is easy to do at this place. With a focus on fresh, local, seasonal ingredients and classic dishes with a global twist, there is a lot to love at this lakeside hot spot.

There are too few spots to get a great breakfast before heading out for a wine tasting around Seneca Lake but with dishes like sausage gravy and biscuits, breakfast sandwiches of eggs, cheese and bacon you’re sure to have a full belly to absorb all that dry Riesling you take in. Daily specials are posted on the Elf’s Facebook page and recent highlights include a pastrami, egg and cheese panini and a smoked ham wrap with egg, Swiss cheese, banana peppers and red onion.

Then lunch, which is a sandwich lovers paradise, and that’s when the global tastes hit the menu. Chicken schnitzel, Reubens, Cubans, shawarmas and Jamaican jerk chicken offer a departure from the usual. But don’t underestimate the usual. The club sandwich, the Philly cheesesteak and the tuna are all worth trying. And there’s a solid salad menu for the bread-averse out there.

Gluten free and vegan options make the list as well. Local beer, wine and cider is available. The list is mostly made up of neighbors like Atwater Vineyards and Damiani, but Evans says he is open to wines from the other side of the lake too.

He credits his style of cooking and his approach to sourcing local ingredients from his former boss, the late Deb Whiting of Red Newt Bistro, where he started as a dishwasher before moving his way up the line.

“Being around Deb was amazing. No one worked harder than her and her creativity in the kitchen was genius,” Evans says. “My menu is a different than hers, she made fresh ciabatta and I make fresh pretzel rolls, but I try to bring her commitment to the local community and her passion for local foods to my menu every day.”

Evans earned a culinary degree at Paul Smith College in the Adirondacks but a took a “normal” job afterwards at a maximum security prison in Philadelphia, supervising inmates. After ten years of that, burnout kicked in and he approached his mom, co-owner Deborah Griffin, about launching a place of their own. They renovated the house and the Elf in the Oak café was born. One of the main features that appeals to diners is the back deck with its amazing panorama of Seneca Lake where people can eat and drink and under a large canopy.

When asked why people should “eat here now” Evans says “We have a beautiful view, adult beverages and great food. Come on down.”

The Elf in the Oak is open seven days a week serving breakfast and lunch. They close in winter and reopen in spring. Be sure to check their website and Facebook page for hours and specials. 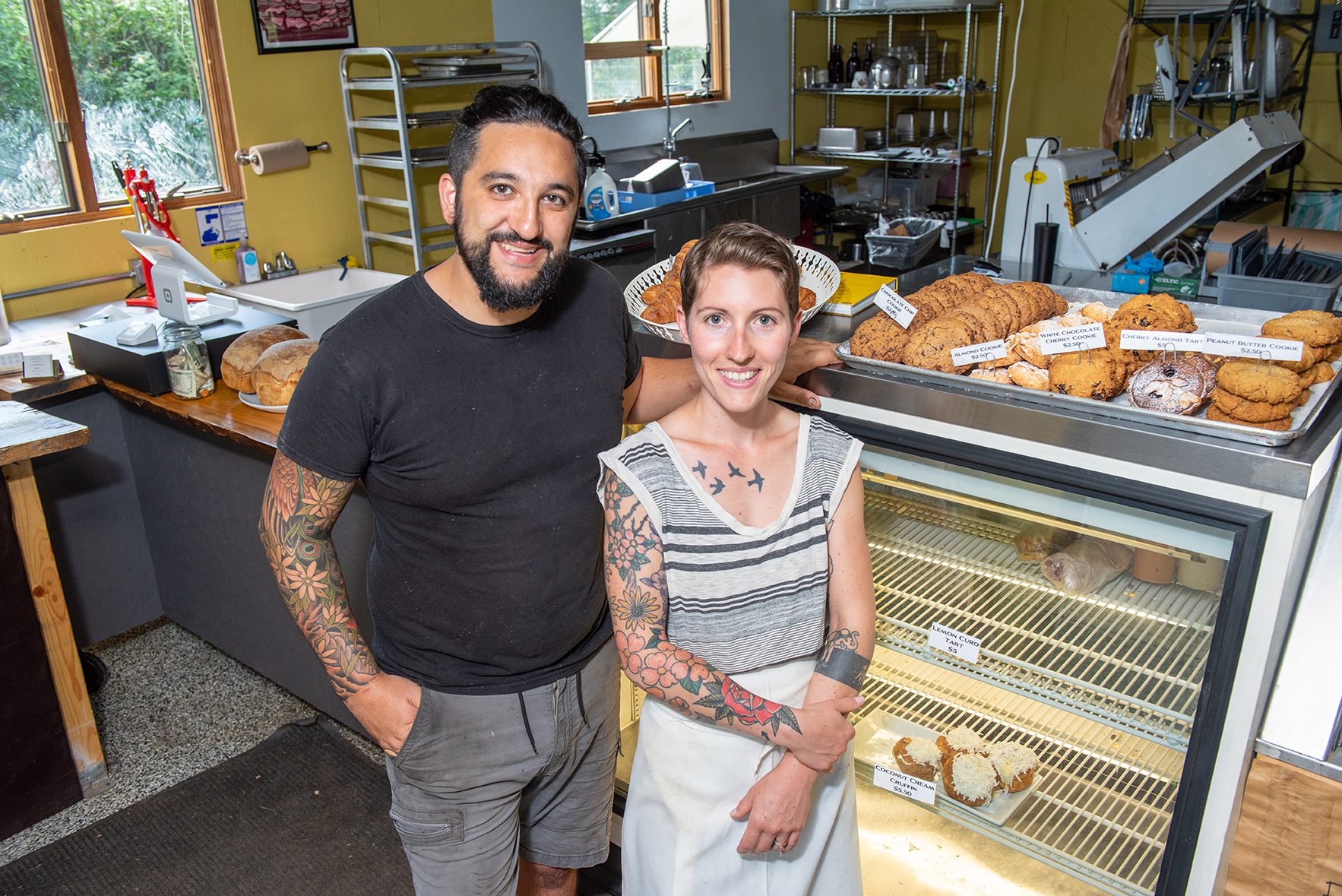