Before it ever had a kitchen, Interlaken’s Finger Lakes Cider House at Good Life Farm had become the hub of the local hard cider renaissance. Its owners brought together cider makers to share growing, marketing and cider-making information, and for a while it sold the ciders of four or five other cider makers in its shop, along with its own Kite & String brand.

Long the quaff of 19th-century farm workers, cider had re-arrived in the 21st century. But humans cannot live by cider alone, and there were precious few eateries offering a tasty repast to thirsty wine- and cider-sampling visitors. Said Cider House co-owner Melissa Madden, “We saw the need to give them a reason to spend their entire day in the area, and we responded.”

These days, a team of three chefs work shoulder to shoulder in a small kitchen, led by Madden and head chef Isaiah Parker. Parker’s cider house specialty is his luscious bacon cakes; chef Valerie Brower is known for her magical cornbread; and Stacey Weeks is famous for her frittata. Together they turn out a panoply of organic dishes, based on locally grown components and designed to complement the farm’s refreshing potables. “We’ve worked really hard to keep that menu somewhat accessible to people with a variety of dietary needs, especially vegetarian and gluten-free, which are carefully tagged on our menu,” said Madden.

Good Life Farm was founded by Madden and Garrett Miller in 2008 and developed a reputation for fine ciders, but it was not until 2015 that they began their food-service program, in humble circumstances. Featured then, and featured still, were boards of local organic breads, butter and pickles, and of locally sourced cheeses and charcuterie, but it has grown considerably since then. Said Madden, “Our progress shows the difficulties of growing a café without a lot of financial resources, and the commitment it takes to grow it slowly and in challenging conditions. But people have stuck with us and they like our food, and now we have a coherent food program.”

While Miller and his brother, Jimmy, continue to produce award-winning hard cider and other potables, Madden has focused on growing a talented, cooperative kitchen staff capable of coaxing the best out of Finger Lakes produce and meats. “First and foremost,” said head chef Isaiah Parker, “we use locally sourced ingredients. Everything is local and organic, all farm-direct ordered, from meats and cheeses to flours and flowers.” The kitchen was originally so dedicated to “local” that they’d drive up to Syracuse to buy 50-pound bags of Salina formation–mined salt and seriously considered planting a field of nasturtiums whose seeds could be ground to substitute for pepper. They have since relented a bit on the spices.

Some produce is grown right on the farm. Recently we tasted delicious farm-grown, juicy, fat asparagus, picked just yards from the Cider House kitchen. Remember how folks used to say that corn had to be picked and immediately run into the house, plunged into a big pot of water already boiling on the stove, cooked for exactly four minutes and then devoured straightaway? Not so any longer, with today’s engineered and hybrid sweet corn. But it’s still true of asparagus—there is nothing quite like it, freshly picked and given a quick sauté with melted butter. The Cider House is the perfect place to enjoy it when the season’s on. And look forward to some strawberry-rich dishes in the future, as a U-pick strawberry field has just been planted there.

Soft-spoken Parker has an unusual culinary pedigree, a professional cook whose experience, beginning in high school, includes several years at Ithaca’s fine-dining Heights Café and other critically acclaimed local eateries, including Trumansburg’s long-standing Word of Mouth Catering, and as kitchen manager at Loaves and Fishes, an Ithaca soup kitchen staffed mainly by volunteers, the least experienced of whom needed to be taught how to crack an egg. He also has a Cornell degree in landscape architecture, and runs a B&B. He is a busy guy, and, given his lengthy and deep background in food service, has a remarkably modest collection of chefs’ tattoos.

He was almost embarrassed to say that his favorite Cider House menu item is the grilled cheese sandwich, but when he began to describe it, it was easy to see why. Locally baked sourdough bread slices are slathered with Kriemhild Dairy Farms butter, clamped around a combination of gouda and Swiss cheeses from Brooktondale’s Snow Farm Creamery, cheeses so soft that on heating they seep through the bread, forming an additional crunchy layer on the outside of the sandwich. Diners can also request additions of pesto and apple, or ham from Hector’s Piggery. Mac and cheese can be enhanced with the addition of 15-hour-house-smoked pulled pork sourced from Autumn’s Harvest Farm. A selection of vegetarian and/or gluten-free sides includes our favorite, a blue cheese wedge served with honey, crystallized ginger and dried GoldRush apple rings. He also makes a killer bacon-onion jam, which undergoes a 10-day in-house desiccating procedure that concentrates its sweet, meaty flavor, rendering it ideal for pairing with Finger Lakes cheeses and ciders.

Cider tastings include four four-ounce choices from the eight Kite & String ciders; the non-alcoholic Ginger Bear, a spicy, uber ginger ale; and refreshing Switchel, or “farmer’s relief,” an 18th-century, tart, vinegar-based tonic of mysterious origins, created to refresh field hands during the brutally hot late-summer hay harvest, and good for what ails ya’. And in May we learned that Kite & String and the Cider House were the winners for the second year in a row of the New York State Cider Governor’s Cup.

The combined café and tasting room is a bright, barn-like, family-friendly place, with a corner stocked with toys and kids’ books. Lunch is served from 11am to 4pm every day.

Peggy Haine has been an awed observer of the Finger Lakes cider revolution. She writes for various local publications on food, booze and the glorious Finger Lakes region and its remarkable growers and producers.

Jason Koski lives in Trumansburg and works up a voracious appetite by biking to various photo assignments in search of good food and tasty visuals. 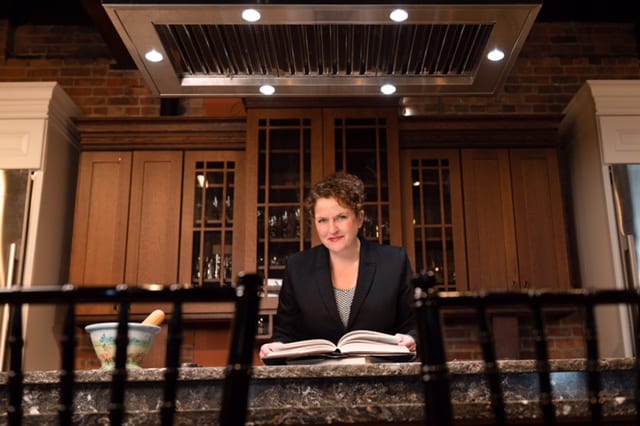