Ryan William is a farmer, grape grower and winemaker. In that order. This is not an indictment; it’s an acknowledgement of the three things he holds sacrosanct: place, preservation and people. So as William celebrates his winery’s 10th vintage this year, and recognizes its growth, he’s not losing sight of what brought him here in the first place.

In 2005, William relocated from his hometown near Philadelphia to the Finger Lakes, lured by a friend and by the beauty of our lakes, gorges and vineyards. He bought 40 acres on the eastern shore of Seneca Lake in Hector and started growing grapes. He didn’t have a viticulture degree or experience, but had a partner who did. He learned while planting varietals for other wineries and selling grapes. Then, in 2010, William made his first commercial wine.

The 40-acre Ryan William home farm is where the winery began, inside a three-bay carriage house. Wines are still made there, but in 2016 the tasting room moved to a restored historic barn located about five miles north of Watkins Glen on Route 414 overlooking Seneca Lake.

William grows Chardonnay, Riesling, Gewürztraminer, Grüner Veltliner, Merlot, Cabernet Franc and Pinot Noir. All of his wines are made using 100% estate-grown grapes, because for William, his vineyard is the reason for his winery—not the other way around.

“Wines are a way of preserving the fruit that we grow. Their quality is a result of our farm, its location, its soils,” he said.

This is why William is meticulous about working with the given circumstances of his land, the vines and the Finger Lakes’ seasonal vagaries.

“What’s special about this region is that things move so rapidly between seasons, and there is such diversity among locations in terms of soil types and microclimates. There’s something about it, and the kinds of wines that are made here,” William said.

William described capturing the clearest expression of this variability as “fascinating” and “an obsession.” He uses the same winemaking practices every year, beginning with fruit that’s hand-harvested into 30-pound picking baskets. His reds are then de-stemmed, manually crushed, fermented in open bins and stored in French oak barrels. White wines are whole-cluster pressed and fermented in stainless steel, with the exception of Chardonnay, which is also partially fermented in barrel. And most of William’s red and white wines are bottle aged for at least two to five years before release.

“I want to be true to the variety and not get in the way, to let the fruit speak for itself instead of pushing a specific style,” William said.

In the Tasting Barn, William’s wife, Samira—former owner of Mira’s Mediterranean Bistro in Ithaca—weaves in and out of the kitchen, balancing their 17-month-old son on her hip. Behind the barn, wire fencing demarcates the space where a small herd of heritage breed Aberdeen Black Angus cattle graze. William originally bought the cattle to help prepare the land for planting; their grass-only diet and hardy natures made them perfect clearing the underbrush while adding organic matter.

“It takes longer than a bulldozer but is a much more natural method,” he said.

Natural isn’t a catchword for William; it means living in agreement with what’s come before. He and his team spent more than four years reassembling and restoring the circa-late-1860s barn, which uses a canted queen post design, to preserve the estate and utilize it as their Tasting Barn and farm. The 76 acres of surrounding land sustains William’s beef cattle, as well as other produce and animals featured on the café menu.

Outside the tasting room, we admire the patio, which was handmade using flat stones from the barn’s original foundation; each side displays the signature style of the two local masons who built it.

“We want to build something that our family could continue, if they wanted to. Approach matters—it’s what we believe in,” said William.

This is business as usual at Ryan William Vineyard: preserving the land’s history and future to render an experience meant to be enjoyed. And that takes time.

At the café, you walk into an airy, open space with white walls set off by the glow of centuries- old hand-hewn wooden beams. The decor is modern and clean, which pulls you to the softness inside the pastry case—filled today with homemade sweet cheese-stuffed kolache, blondies, gingersnaps, small black-and-white cookies, chocolate hazelnut “kisses” and a shiny caramelized apple upside down cake.

The Tasting Barn serves lunch and brunch and hosts seasonal wine pairing dinners, live music nights, special brunches and private events. The winery is open year-round, a decision made for the many locals who are now regulars, as well as William’s café and tasting room staff.

“We don’t want to lay off anyone in the winter. People have car payments, rent,” he said.

Today, Ryan William Vineyard is more diversified, which helps ease every farmer’s fears. Yet William isn’t willing to sacrifice the sanctity of family for growth either. He has no interest in expanding his current production of 1,500 cases anytime soon. And most evenings, he and Samira can be together with their son.

“I can put him on the tractor with me,” William said. “We’re really happy where we are now.”

Sarah Thompson is a writer, certified yoga teacher and small-vineyard owner in Penn Yan. She is the author of Finger Lakes Wine Country (Arcadia Publishing, 2015), an archival visual history covering more than 150 years of grape growing and winemaking in the Finger Lakes region. 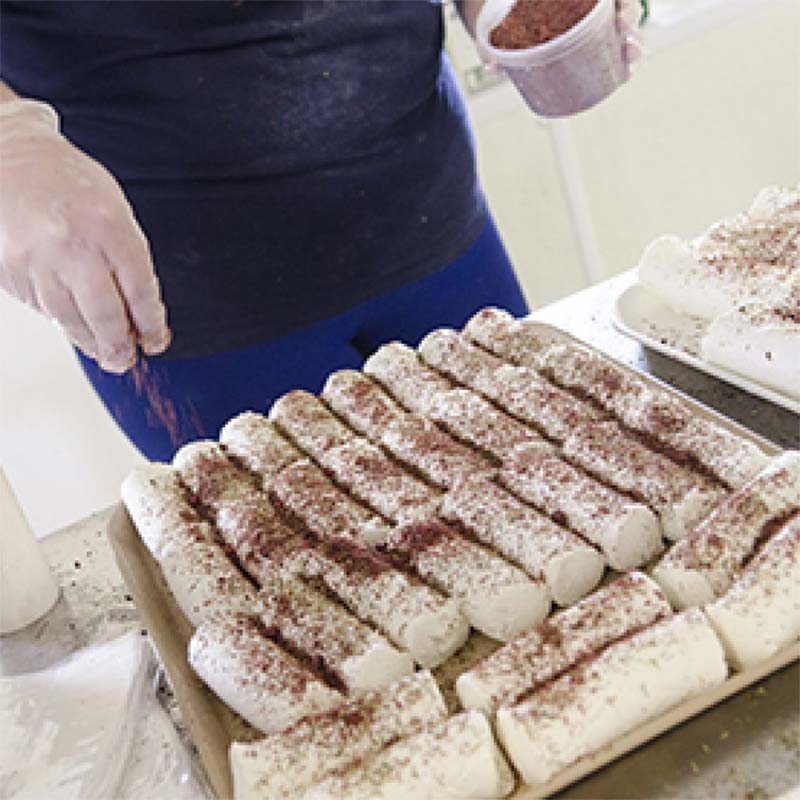 A Sweet and Sour Wakeup to Spring 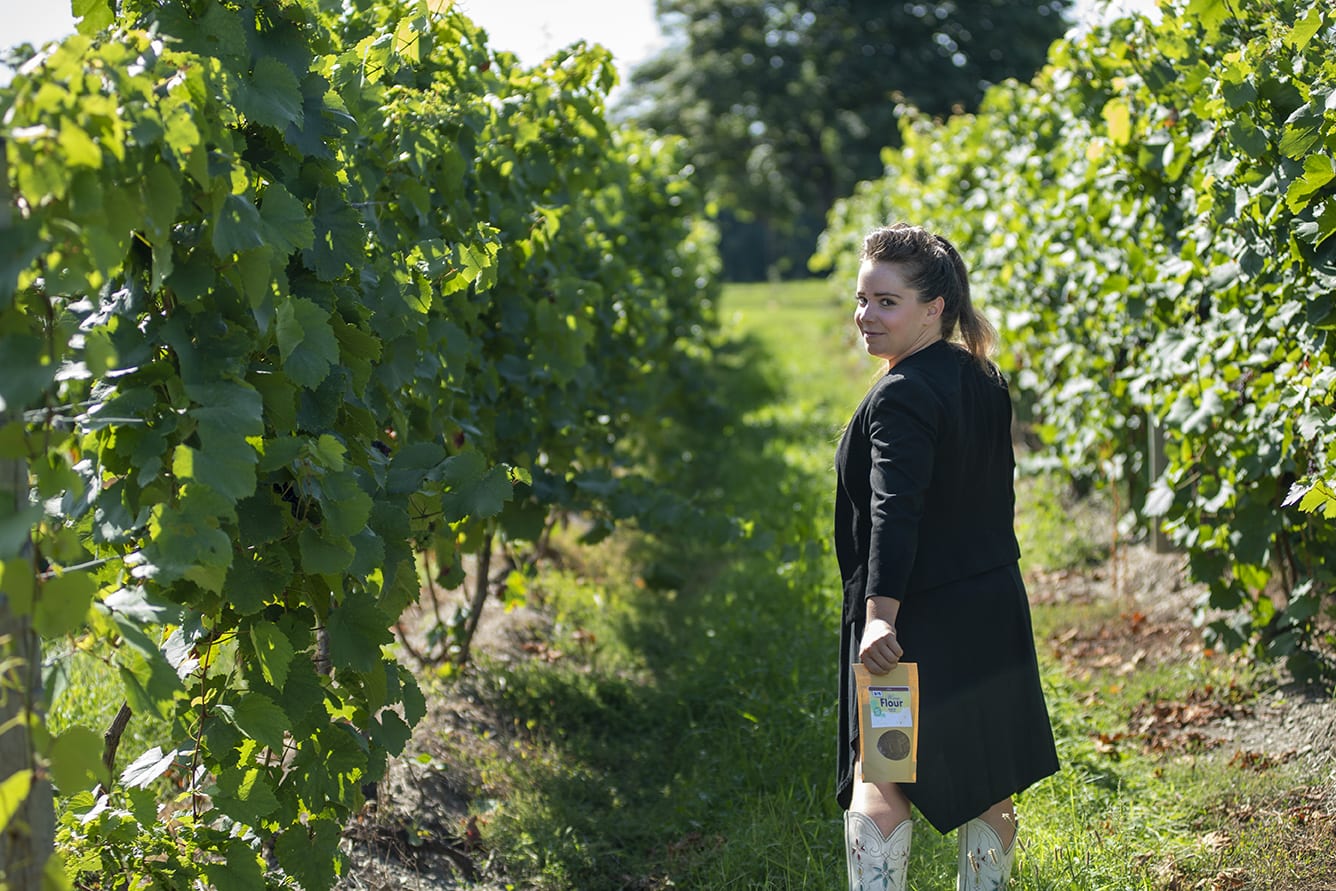