More Than a Mouthful

Riesling still rules the Finger Lakes. It’s the grape that has put our region on the modern wine map and is likely to dominate the narrative here for years to come. But in the right hands, Gewürztraminer, a harder-to-pronounce aromatic white grape, can be just as compelling—maybe even more so.

Keuka Spring Vineyards winemaker August Deimel’s hands are the right ones. Year in and year out, he’s making some of the best Gewürztraminer in the Finger Lakes—and, really, in America.

That a Pittsburgh-born winemaker is making such singular wines from this Alsatian grape is perhaps a bit more surprising because Deimel had never worked with the grape before arriving at Keuka Spring in the spring of 2012.

“I was a fan of Alsatian wine generally and Gewürz is obviously an important part of that. But I was fairly unsophisticated in my understanding of the grape. It was in working with it that I came to understand and appreciate it for what it is,” he says.

Gewürztraminer is an incredibly aromatic grape that often features lychee, candied ginger and rose petal aromas along with intensely ripe pineapple and tropical fruit notes. It tends to ripen with higher sugar and lower acidity so the resulting wines lean toward higher alcohol and textured palate weight rather than briskness and focus.

It can be a polarizing grape among wine drinkers—and not just because of the name.

“The problem with Gewürztraminer, what is holding it back, is that people have the horrible misconception that it is just crypto-Riesling,” he says. “They think that they should pound it into the Riesling hole. They try to maintain the grape’s acidity—it has none, people! They pick yeasts or fermentation protocols to boost the aromatics, and the last thing it needs is stronger aromatics!”

Deimel thinks that the better analogy is Chardonnay, contending that you make great Gewürztraminer with skin contact and barrels. Yes, barrels. Deimel doesn’t use oak barrels in his red wine program anymore—which is unique in and of itself—but he does use old oak barrels for Gewürztraminer (as well as his rosé).

This perhaps peculiar approach is born of experimentation and intuition rather than any attempt to mimic Gewürztraminer archetypes or benchmarks. He’s not trying to make Alsatian wine in the Finger Lakes. Instead, he is driven by a platonic ideal for what Gewürztraminer can and should be. That’s his goal. That’s his roadmap.

“I conceptualized what I wanted out of Gewürztraminer rather than aiming for a style that exists in the world. I have an idea in my head. I can taste it. It is bone dry. It is big and mouth-filling yet it is absurdly light on its feet. Can something be both heavy and ethereal? That’s what we’re going for,” he says.

Today he has three different bottlings available: a standard label and two single-vineyard wines—the bigger, sweeter Wiltberger Vineyard and the Dynamite Vineyard. It’s the Dynamite that is inspired by and approaches that theorized ideal, or as Deimel puts it, his “Gewürztraminer fever dream.” Bone dry and intensely aromatic, it’s an extremely Gewürztraminery Gewürztraminer. Unapologetic in its complexity and its bold-yet-refined personality.

Gewürztraminer will never overtake Riesling in the Finger Lakes, but it’s one of those grapes and wines that can shine just as brightly in the region. It just takes the right winemaker with the right approach.

Lenn Thompson is a New York–based wine writer and the publisher of thecorkreport.us. When he’s not on a lacrosse field with his kids, you’ll most often find him extolling the virtues of East Coast wine to anyone who will listen. 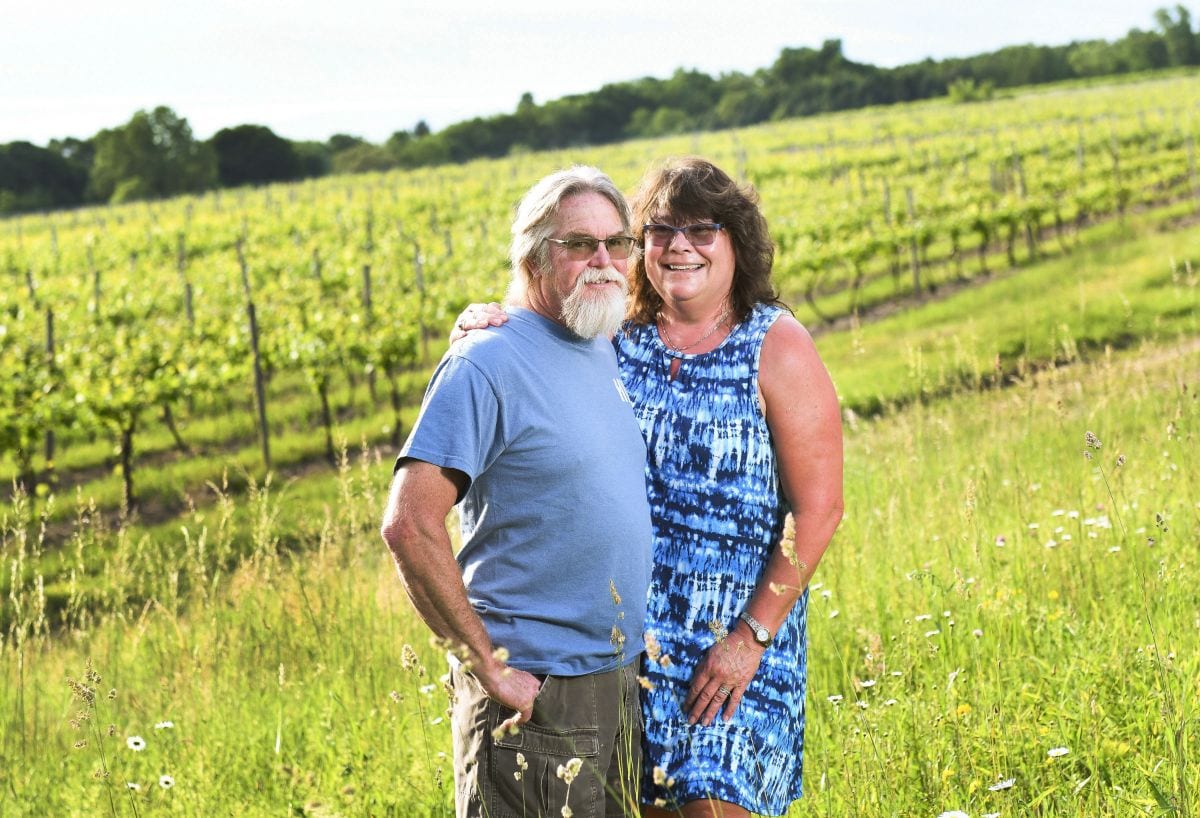