An orchardist on sabbatical in the vineyard

Two years ago, I found myself headed straight for a midlife crisis, Finger Lakes farm style. Despite the romantic imagery, building a farm from scratch while raising young children and creating a beverage category for cider (all while being married to my business partner) had made me feel trapped in a constant state of stress. The ambition that had fueled the past 20 years was giving way to exhaustion, and I felt anxious about how I spent my time—it always felt like a choice between my career or my children.

Yes, I was good at growing apples and making cider, but did it matter? Was I having any impact on the world? On top of all that, as the cider industry began to explode over the past several years, our cider—made from traditional cider apple varieties—seemed to be getting lost in a sea of “habanero hibiscus-flavored rose cider” in cans with flashy labels made from low-quality commodity eating apples. Where was it all headed? It felt like a race to the bottom.

I wish someone had suggested a sabbatical before I had gotten to the point of considering packing my bags and running away from my life to a distant country. But in the strange way that life unfolds, the take-a-break idea popped into my mind just in time during a phone conversation with my friend Rick Rainey, partner at Forge Cellars on Seneca Lake, who was bemoaning the fact that he needed a manager for his newly planted vineyard. I’ve long admired what Rick and his partner, the French winemaker Louis Barroul, are doing at Forge Cellars. Could we cross-pollinate apples and grapes?

Rick and I came up with a plan: I would work at Forge for a year. I would bring with me my knowledge of how to transition a perennial fruit crop to organic, as well as 20 years of experience fermenting apples. In exchange, I would get the chance to learn about wine growing and making from some of the very best in the Finger Lakes and France!

And so the idea for my sabbatical was born. Traditionally, we think of a sabbatical as a paid break from academic work, but I repurposed the word to fit my own life: Employment in the wine industry would give me a break from being self-employed and expose me to ideas and skills both different from and relevant to what I already knew about growing apples and making cider. And it would give me the opportunity to bring my knowledge about growing fruit organically to a wider audience!

During my year at Forge, I spearheaded a gutsy project to develop a biointensive management program for their young Pinot Noir vineyard. Going from apples to grapes was a steep learning curve, but I had mentorship from the great grower Phil Davis—a second-generation grape farmer, co-owner of Damiani Wine Cellars, professional logger and unashamed hippie. Phil generously taught me the basics of grape horticulture—how to prune, shoot thin, cluster thin and leaf pull. But ultimately what Phil really gave me was a shared sense of spirituality towards grape growing. I have always felt that farming can be an inherently intuitive practice, a relationship with plants built on respect and gratitude. But I’ve often felt alone in an agricultural world hellbent on efficiency and production. And here was Phil, telling me that this type of intuitive farming was the path toward making the greatest wine. This was the medicine I had been looking for.

Whether in the vineyard or in the cellar, quality was always the focus at Forge. One afternoon, after a long day of tasting and blending barrels, I asked Louis what he thought it would take to move the Finger Lakes from being an emerging wine region to being one of the great wine regions of the world. I’ll never forget what he said: cross-pollination. The greatest wine regions are not insular. Burgundy sat at a crossroads. Exposure to new ideas fuels innovation and the drive to do better.

Part of my sabbatical included a trip to France to work the white wine harvest. If you don’t already know Louis, he’s a rock star the world over for his expressive wines made on a 13th-generation estate in the Southern Rhone. Louis’s estate is biodynamic and its dry-farmed, old-vine Syrah vineyards cling to terraced limestone hillsides, surrounded by cedar forests and garrigue—a fragrant understory of wild thyme, lavender and rosemary. It is an intuitive farming that is built on respect and gratitude.

There is something about being in a place so stunningly beautiful and tasting wines from that place which are so transcendent, that changes you forever. This is why we make wine and cider, I thought. To love the land where you live. To care for it in the deepest of ways. And to share its beautiful story with the world.

As I returned to the Finger Lakes, 2018 turned out to be a challenging grape year. In August, the rain started falling and it never stopped. Worse, for the grapes, was the constant humidity. The sun almost never came out, and when it did it only served to make things steamy. All around us vineyards started to fall apart. Fruit was cracking because it couldn’t dry out. Botrytis and sour rot set in. The fruit flies went crazy. We had put so much into the little vineyard but as each new rainstorm rolled in we began to resign ourselves to what seemed inevitable. Yet somehow, to our astonishment, the grapes hung on unscathed. By the time we harvested the Pinot at Forge, they were ripe, sweet and black as night. Their tough skins did not crack. There was so little rot that we picked them and put them directly into the crusher destemmer with no sorting needed.

What we achieved at Forge in one year far exceeded my expectations. We proved that this kind of farming of wine grapes is possible. Not only possible, but in the worst year for bunch rots, our biological program exceeded many conventional programs. The real excitement, though, is in the wine—made with grapes grown more with intuition than anything else. Young vines with exuberance and generosity made concentrated black fruit in a year of deluge and dilution. Ripe, sweet flavors of strawberry and black raspberry in a year of unripe acid. A distillation of intention, hard work, crazy weather and, yes, respect and gratitude.

Several months after my sabbatical ended, I found myself at a meeting of organic apple growers sitting around a table late in the evening, tasting a lineup of stunning single-variety Kingston Black ciders. One bottle came from our orchards in Van Etten. Another from Burdett, another from Trumansburg. Each cider had been made with care, from apples grown in a specific place in a specific vintage. Each cider had a story to tell, and those stories were some of the most compelling stories about cider I’ve yet to taste. The cider industry is so young that even just five years ago, this experience would not have been possible.

Fine cider is where fine wine was in this country 70 years ago: at the very beginning. I’m so grateful for my sabbatical at Forge for bringing me into the beautiful world of wine and reminding me of the world we can create for cider and what we need to do to get there. And that’s cross-pollination, Finger Lakes farm style. 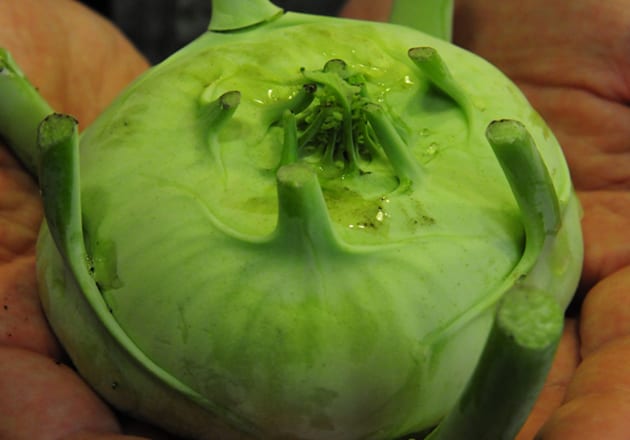 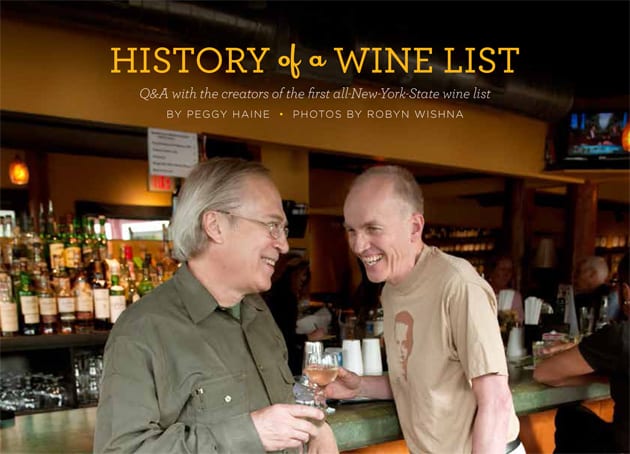