First in their class

Once upon a time in America, there were no certified organic dairy farms. None. Until one day in 1984, Kevin and Lisa Engelbert received that very first certification. They didn’t decide to go organic to get ahead of the pack or as a clever marketing ploy to eke an extra dollar out of customers.

They did it for the love of their animals.

“Kevin had the vision, he had the revelation,” Lisa says of her husband. “It just tied together with everything we believe in.”

Both grew up on farms: Kevin in Nichols, where they currently live, and Lisa in Athens, Pennsylvania, just across the state line. Lisa’s aunt lived two doors down from Kevin’s family. The two met when she would come up during the summer. “It was really awesome when I started dating Kevin and we fell in love,” she says.

When they started farming together, it was common for livestock owners to have sick animals needing regular attention. Visits from the veterinarian occurred on a weekly basis and the bill was delivered every month. But it was the condition of the farm’s soil that first got Kevin thinking about making a change.

Despite spending thousands of dollars on chemical fertilizers and pesticides, and using them rigorously as recommended, the Engelberts’ soil was compacted as hard as a rock, lumpy and lifeless. The crops they grew kept getting less productive and requiring more effort. After much thought, Kevin decided to sow a nurse crop of oats along with the alfalfa they grew for their cows instead of applying the regular regimen of chemicals. The alfalfa came in as strong as ever that year. But more importantly, the health of their animals became noticeably better within a year or two.

That was all the convincing the Engelberts needed to completely give up chemicals in 1981. During the years that followed, the animals continued to improve and the vet made fewer visits. Today, Lisa says, it’s rare that a vet needs to visit at all. But despite those early successes, making the switch to organic practices wasn’t easy.

“Everybody laughed at us,” she says. “Back in the early days we were the only ones doing it. There was no one to turn to, no one to bounce ideas off. It was learn as you go.”

It was their animals that kept the Engelberts going and showed them that they were on the right path. Now, two of their three sons have taken over the farm: Joe and John. Their challenge is no longer figuring out how to do things organically, but how to get a fair price for their hard work.

In 2001, the Engelberts started selling their milk to Organic Valley, a farmer-owned cooperative based in Wisconsin. That was the first time—after 20 years—that they began getting paid what Lisa would consider a fair price for all of their organic milk. Unfortunately, recent years have not been kind to those in the dairy industry: Increased supply, decreased demand from foreign consumers and a growing preference for alternative non-dairy “milks” among Americans have all contributed to plummeting prices for farmers. For those producing organic milk, there’s been additional frustration.

“We’ve seen organic go from what it was intended to be—good, strict, fair organic standards that treated everyone fairly no matter your size,” says Lisa, “to allowing certain farms—huge, thousand-cow farms in the middle of a desert—to become certified organic.” She says this not just as a farmer of nearly 25 years, but also as someone who worked as a certifier for the Northeast Organic Farming Association in New York (NOFA-NY) for 17 years.

While milk prices look poised for an increase in 2020 and a proposed federal law has been reintroduced to close some of the current loopholes in organic dairy standards, nothing is guaranteed. So the Engelberts will continue to do what they’ve always done when faced with a challenge: create their own change and move ahead.

For over a decade, the family has had a store to sell their own meats, cheeses and vegetables straight to consumers. It started in a little milk house on the farm with a cooler, a couple freezers, a table and two chairs. But it quickly outgrew that space. Last year, Joe and John were able to buy the old Borden creamery building in town. The Engelberts renovated the space and finally, moved their store into new digs.

“Everybody laughed at us,” she says. “Back in the early days we were the only ones doing it. There was no one to turn to, no one to bounce ideas off. It was learn as you go.”

Now the shelves are stocked with a wide selection of local products, beyond what the Engelberts produce themselves: organic chicken, honey, maple syrup, organic flour and pasta. They even carry organically grown coffee beans and teas. Lisa says she’s pretty picky about what she brings in, but she sees the store as an opportunity to help other small, high-integrity farms that grow and raise food sustainably or organically.

For the Engelberts, the store is diversification, another stream of revenue that allows them to continue doing what they love. “I truly think that’s what farmers are going to have to do in the future if they want to stay in business,” says Lisa.

It’s no secret that family farms will need to look for new and different ways to survive in this coming decade. But 30 years ago it was also no secret that dairy farmers always had sick animals. Lisa and Kevin had the vision to change and be innovators back then. There’s every reason to believe that the Engelberts will be at the forefront of transformation this time around, too.

Matt Kelly is a writer and photographer in the Finger Lakes, turning his home into a self-sufficient, food-independent, backwoods place. Find his work at by mattkelly.com. 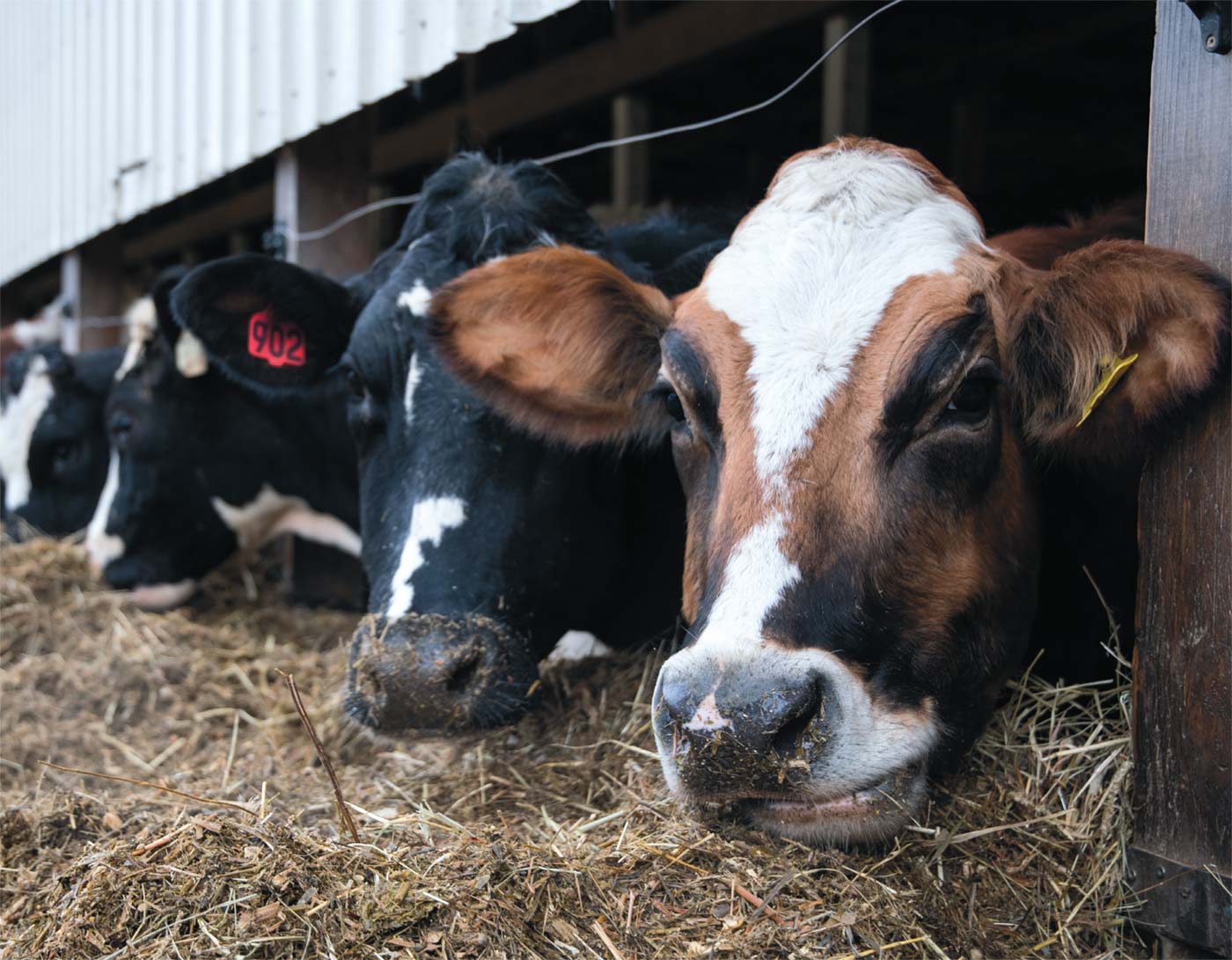 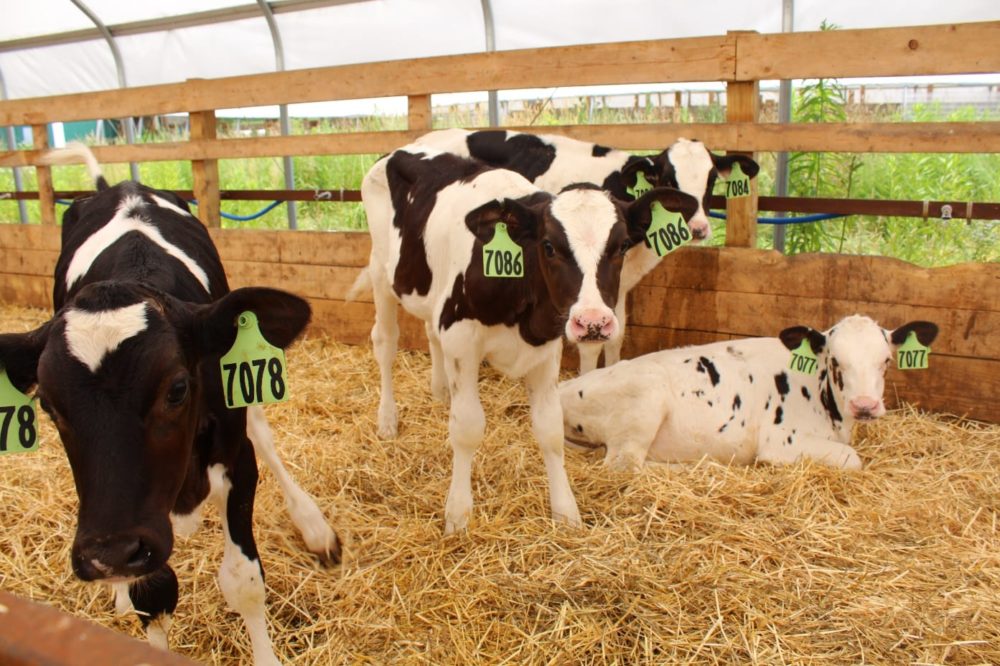 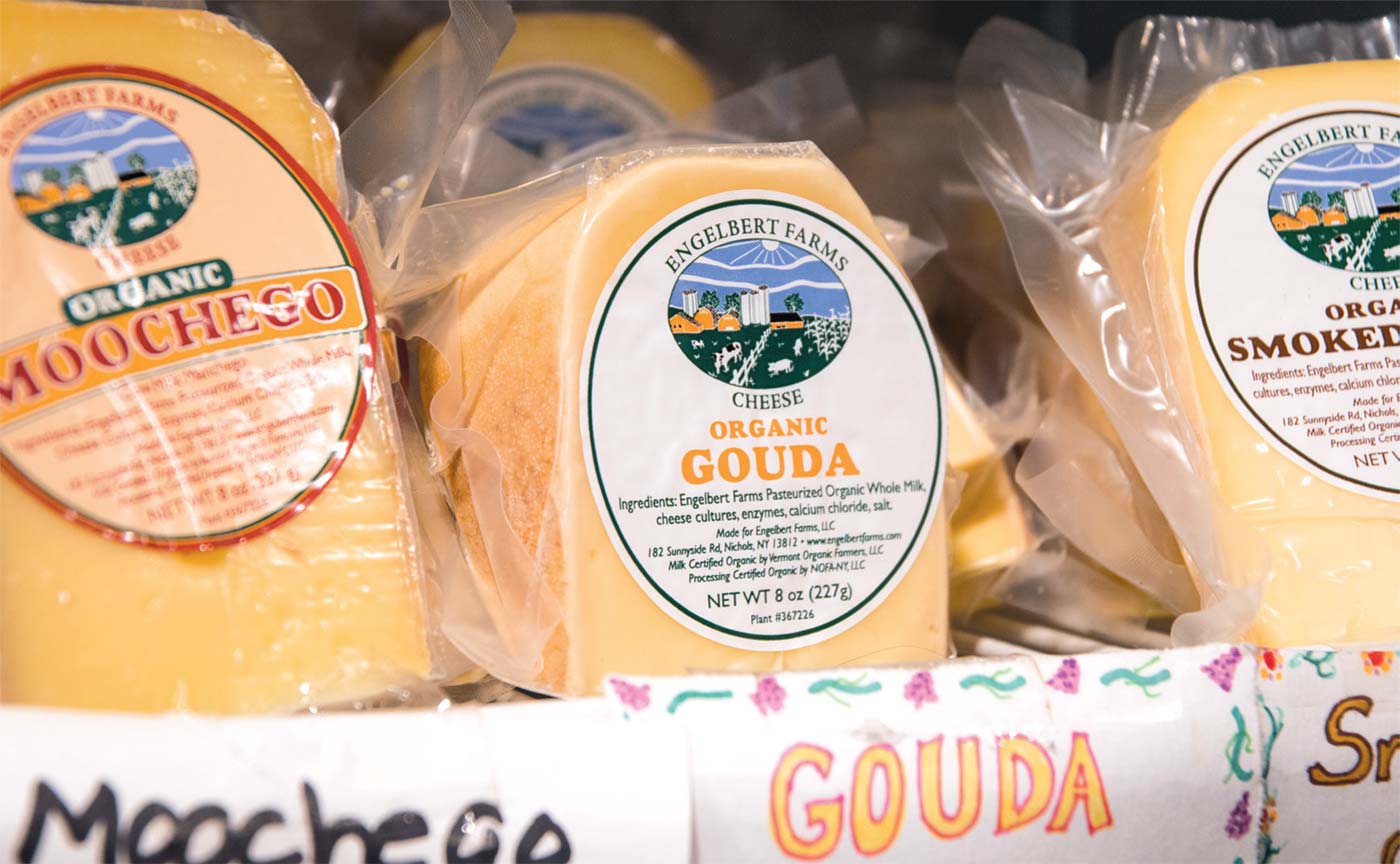