Four years ago, winemaker Hans Peter Weis—whom everyone calls Peter—and his then-fiancée Ashlee, a Hammondsport native, were working toward their dream of owning a vineyard and grapevine nursery. Then fate intervened. Joe and Melissa Carroll, friends and owners of Lime Berry Wine Estates on the east side of Keuka Lake, decided to retire. They asked Ashlee and Peter to consider buying their property—eight acres overlooking the bluff with a house, a tasting room in a one-room schoolhouse, a small storage facility and a large barn.

The couple had no intentions of starting a winery, says Ashlee, “but the small scale of the property gave us the push. It leapt us five years ahead.”

Peter and Ashlee took the leap. Weis Vineyards, now in its fourth year, produces about 2,500 cases annually across a broad portfolio of dry, sparkling, and dessert wines. However, Peter specializes in German varietals, a winemaking imperative that’s in his blood.

There aren’t many people who can be seduced by upstate New York winters; Peter Weis is the exception.

Peter was born and raised in Zell, a German town overlooking the Mosel River, with winemaking in his genes; he claims seven generations of his family making wine. After earning his winemaking degree in Germany, Peter took his first job in the U.S. in 2005, at Schug Winery in Sonoma, California. In November of that same year, he visited a friend working at Dr. Konstantin Frank’s Vinifera Wine Cellars on Keuka Lake. There aren’t many people who can be seduced by upstate New York winters; Peter Weis is the exception.

“The climate was nice and cold,” says Peter, smiling.

Dr. Frank’s focus on German varietals also felt familiar, and in March 2006, Willy Frank hired Peter to manage the winery’s German varieties from vineyard to glass. A decade later, Peter had forged deep relationships with growers on Keuka, Seneca, Cayuga, Canandaigua and Skaneateles lakes, and knew the wines they could produce. These became Weis Vineyards’ sources for fruit.

“We know who keeps up their vineyards how we want, and we trust them,” Peter says.

Peter describes his winemaking style as crisp and clear, which translates to wines that strike an easy-drinking balance, especially his Rieslings—from the hand-harvested, zesty Kabinett-style ‘Winzer Select’ to its Auslese-style cousin, made with selected fruit affected by botrytis, or Noble Rot. He also coaxes the best from native hybrid grapes for his ‘Schulhaus’ line of wines, and makes a pleasing everyday sparkler with a blend of vinifera grapes and NY81, a Riesling x Cayuga White hybrid.

Peter met Ashlee while working at Dr. Frank’s, and in April 2018 they married inside the old barn; the reception was held in a new 5,500-square-foot production building finished just a week before the wedding. Peter left Dr. Frank’s in 2018, but Weis actually released its first vintage in 2016. Peter was too busy then to personally handle all the winemaking tasks, so Ashlee did it for him, following directions relayed by phone.

“Ashlee was the winemaker,” Peter says, meeting her eyes with a wide grin.

It may not have been originally planned, but owning a winery suits the young couple. Ashlee and Peter are often behind the tasting bar, with Peter also pouring wine on the road at over 20 festivals each year. Ashlee focuses on marketing and design while managing the tasting room, online sales, and distribution to dozens of New York stores and restaurants.

“It works well for us,” says Ashlee. “Peter is great on the fly. It fits his personality.”

In the tasting room, Ashlee and Peter aim to provide the best customer service to everyone, no matter their wine preference. The space itself evokes an unfussy warmth—from the clean lines of Weis’ labels and logo, to the renovated schoolhouse hung with Peter’s old family photos. Each tasting also comes with a free wine glass printed with the Weis logo and the words “Zum Wohl,” a traditional German wine-drinking toast. This small flourish—a nod to the joys of drinking wine in community—has become Weis Vineyard’s unofficial tag line.

“We want it to feel laid back and comfortable,” says Ashlee. “We never want anyone to feel unwelcome.”

2019 was the first year Ashlee and Peter worked full-time in the winery. Ashlee says the biggest challenge is finding more hours and setting priorities. Maybe that’s because progress at Weis seems to beat to that uniquely German-style drum, whose rhythm is dictated by a contagious, energetic DIY ethic.

And it’s a good thing, because this couple has plenty to do. Last year, Peter and Ashlee bought 32 acres up the road from the winery and, over the winter, installed drain tile and prepped the land. This year, they’ll finally realize that vineyard dream.

“This is our life,” says Ashlee. “We’re building this for forever.”

Sarah Thompson is a writer, certified yoga teacher, and vineyard owner in Penn Yan. She is the author of Finger Lakes Wine Country (Arcadia, 2015). 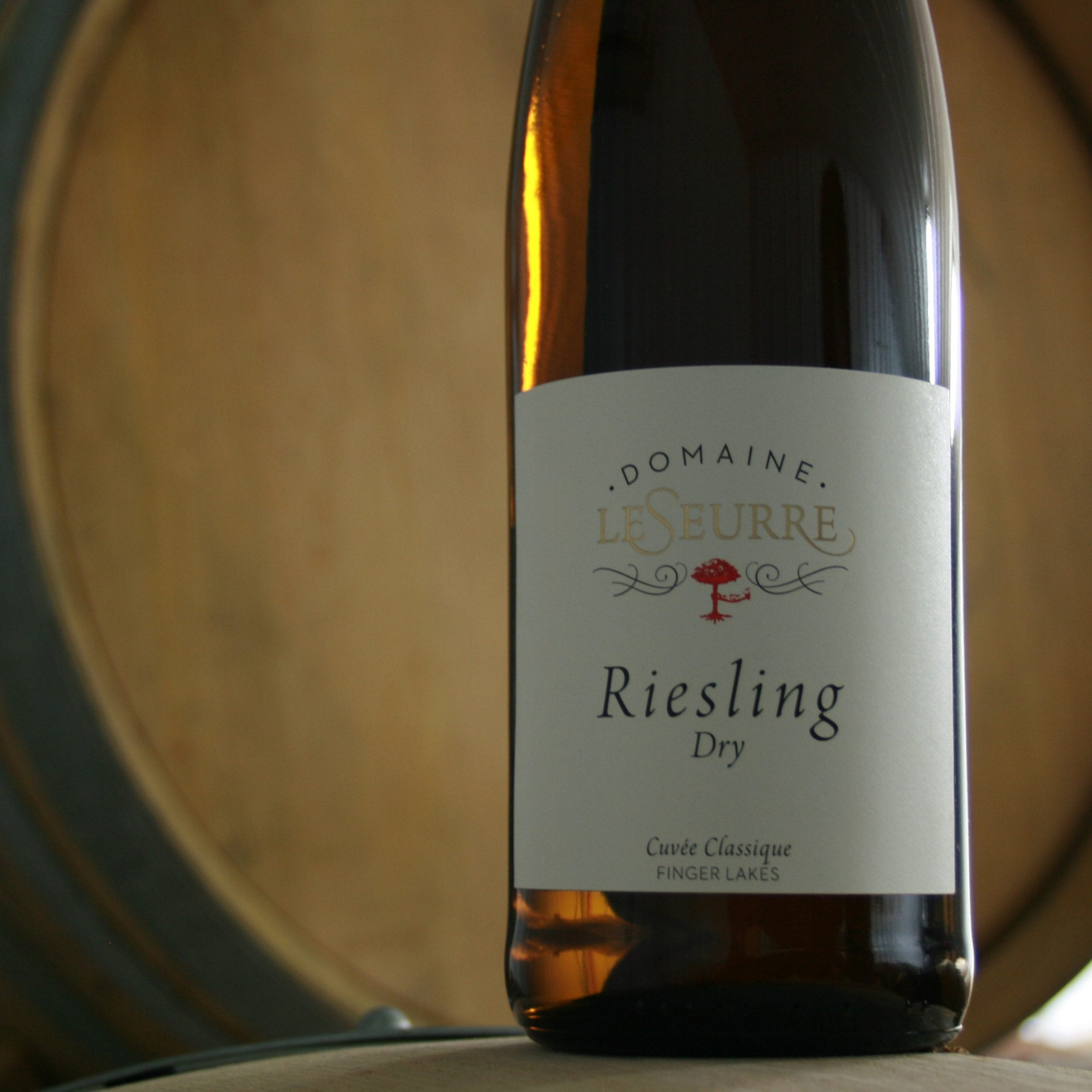