Mixology, Movies and Music with a Dash of Whimsy.

Would a distillery surprise you as the newest art, music and food destination of the Finger Lakes? Hollerhorn Distilling in Naples may be a discovery waiting for you.

Step inside, and you’ll sense a buoyant playfulness as if the Cheshire cat, perched on a salvaged white oak beam, were grinning down at each visitor. Perhaps it’s the Victrola phonograph horns suspended by old rope wire and repurposed as light fixtures. Or the bird feathers floating above a framed charcoal drawing of Icarus. Maybe it’s the single ear of dried heirloom corn suspended behind glass within a plain wood frame hanging on the wall. 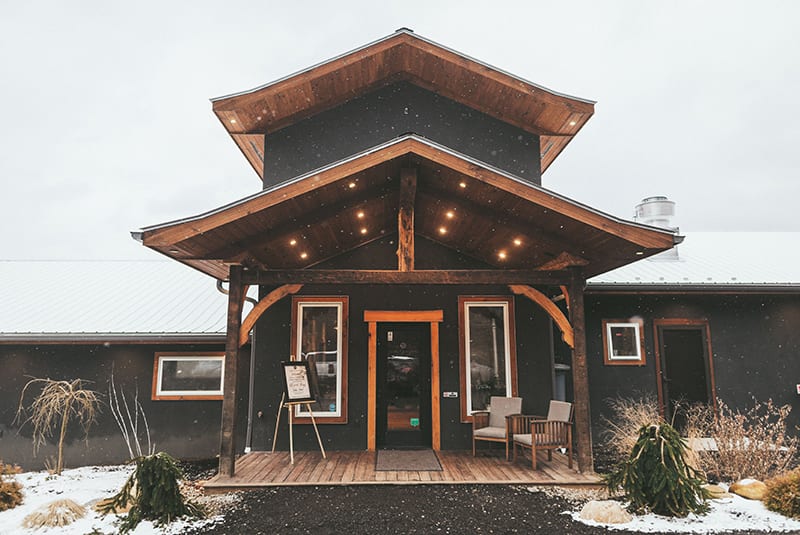 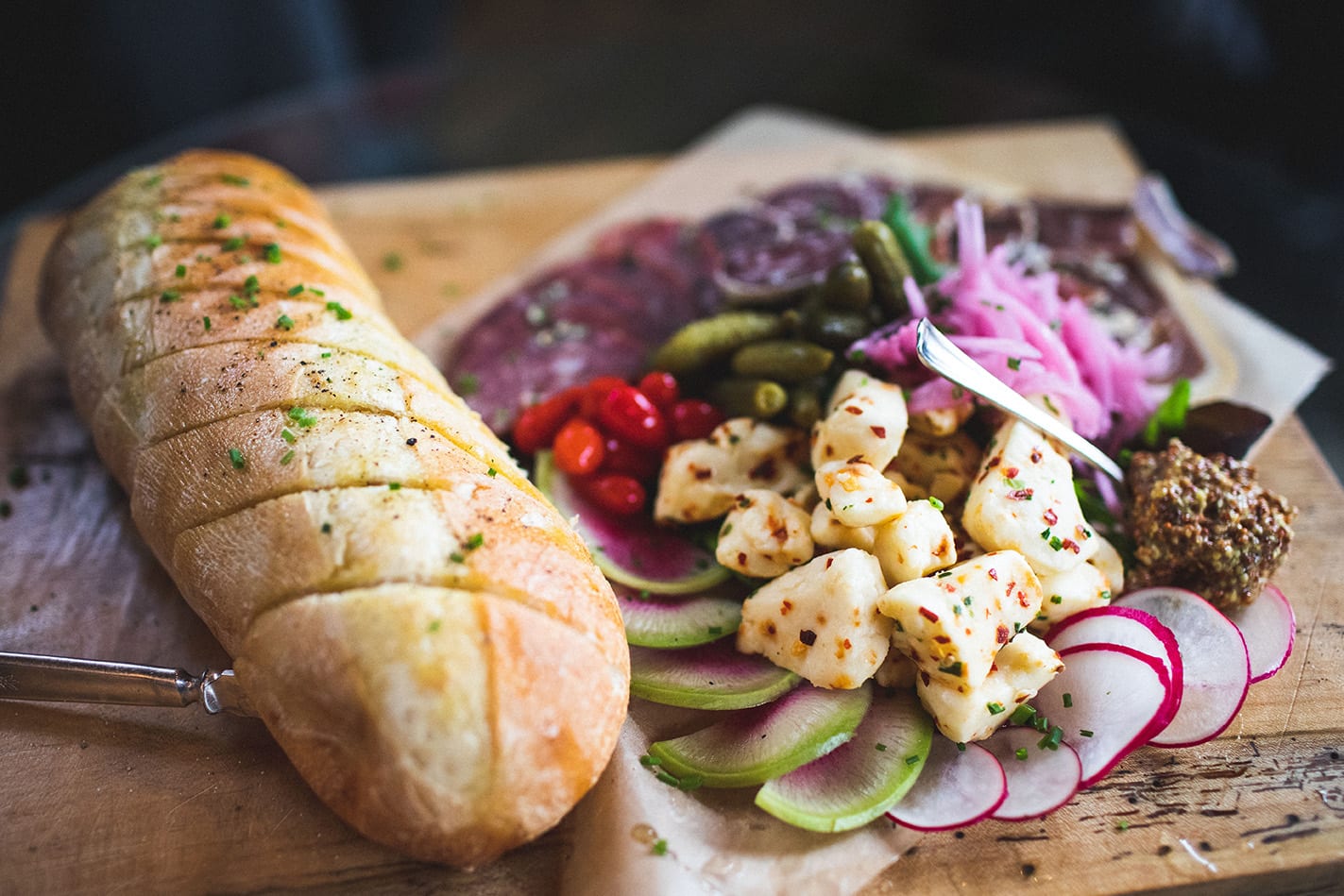 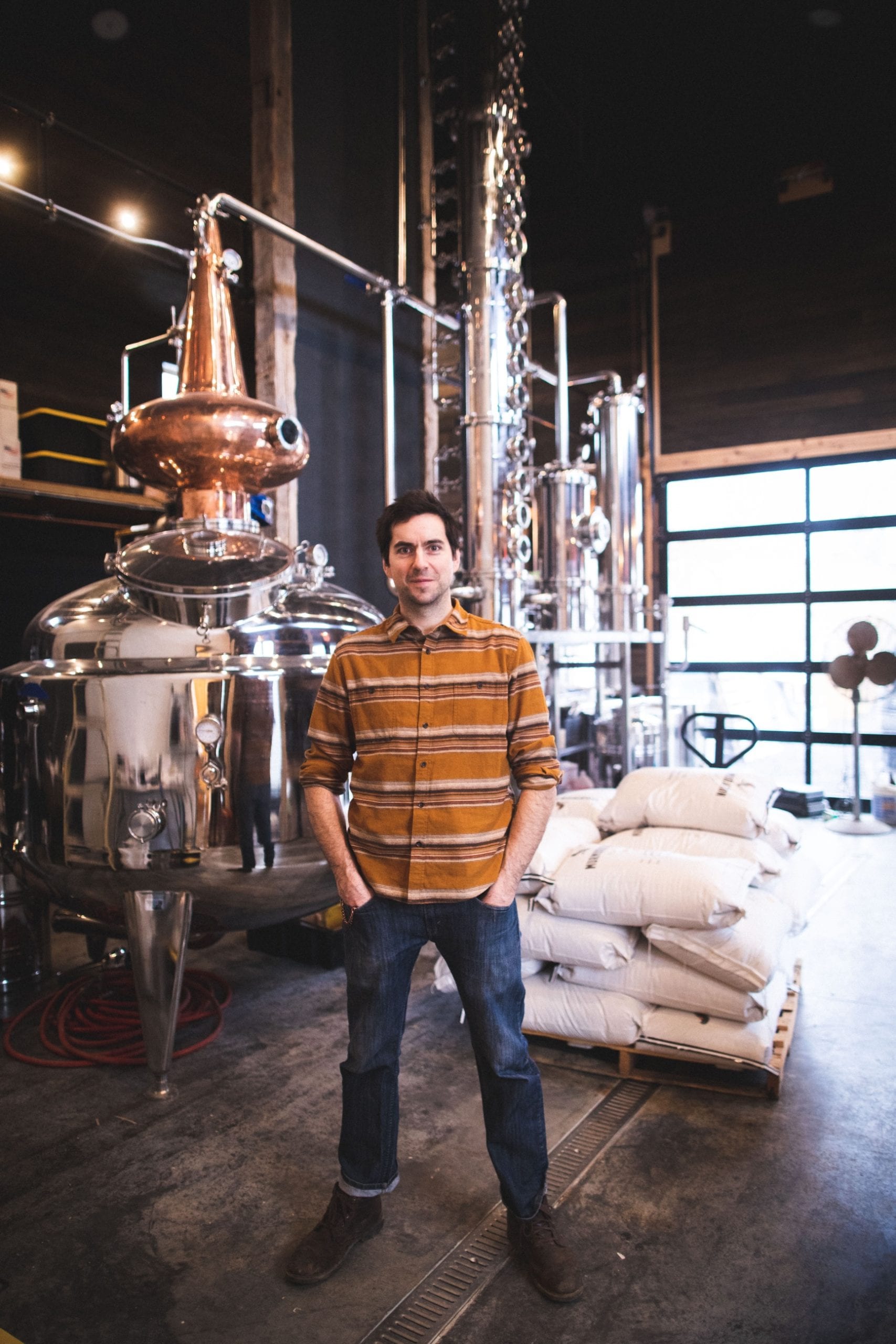 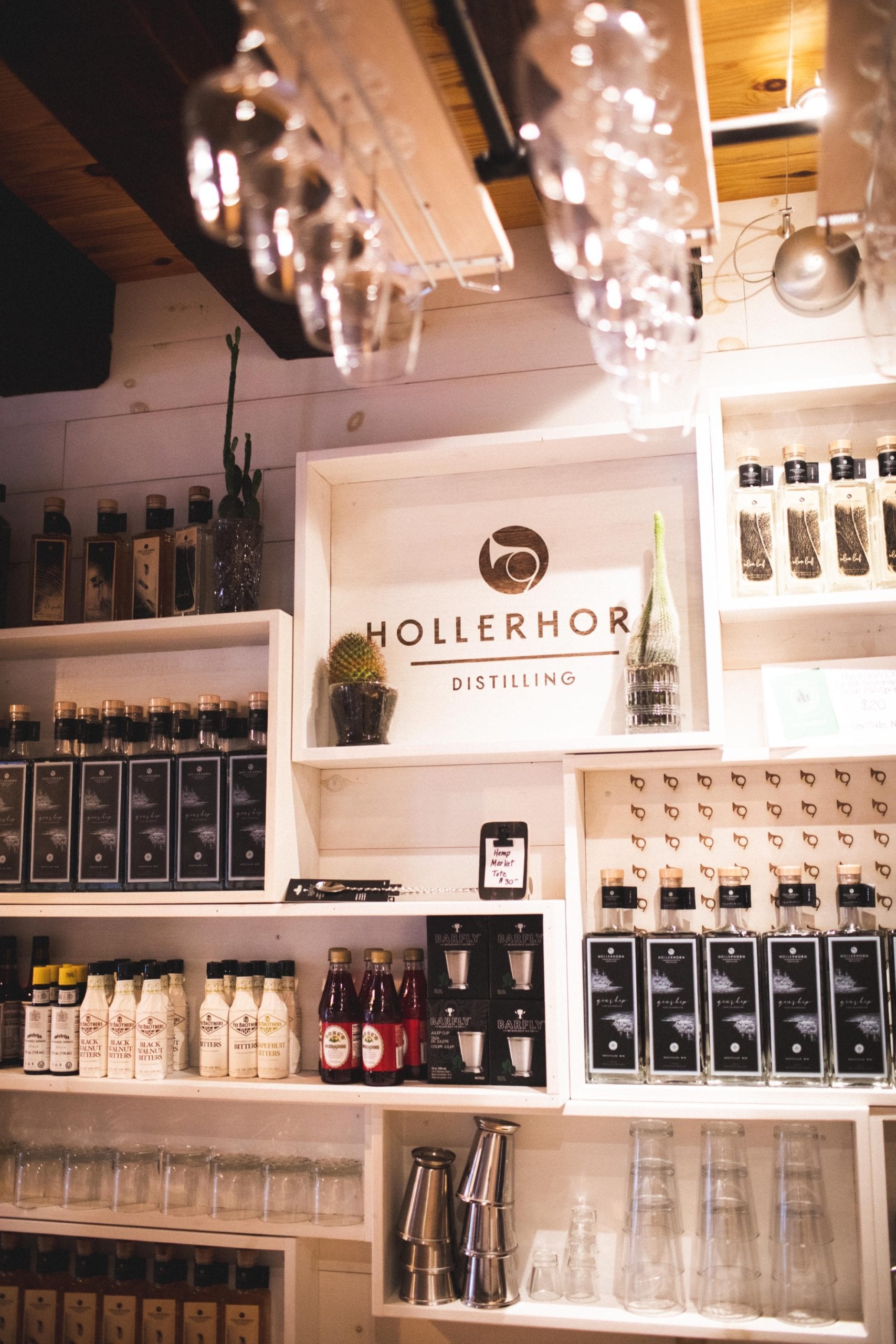 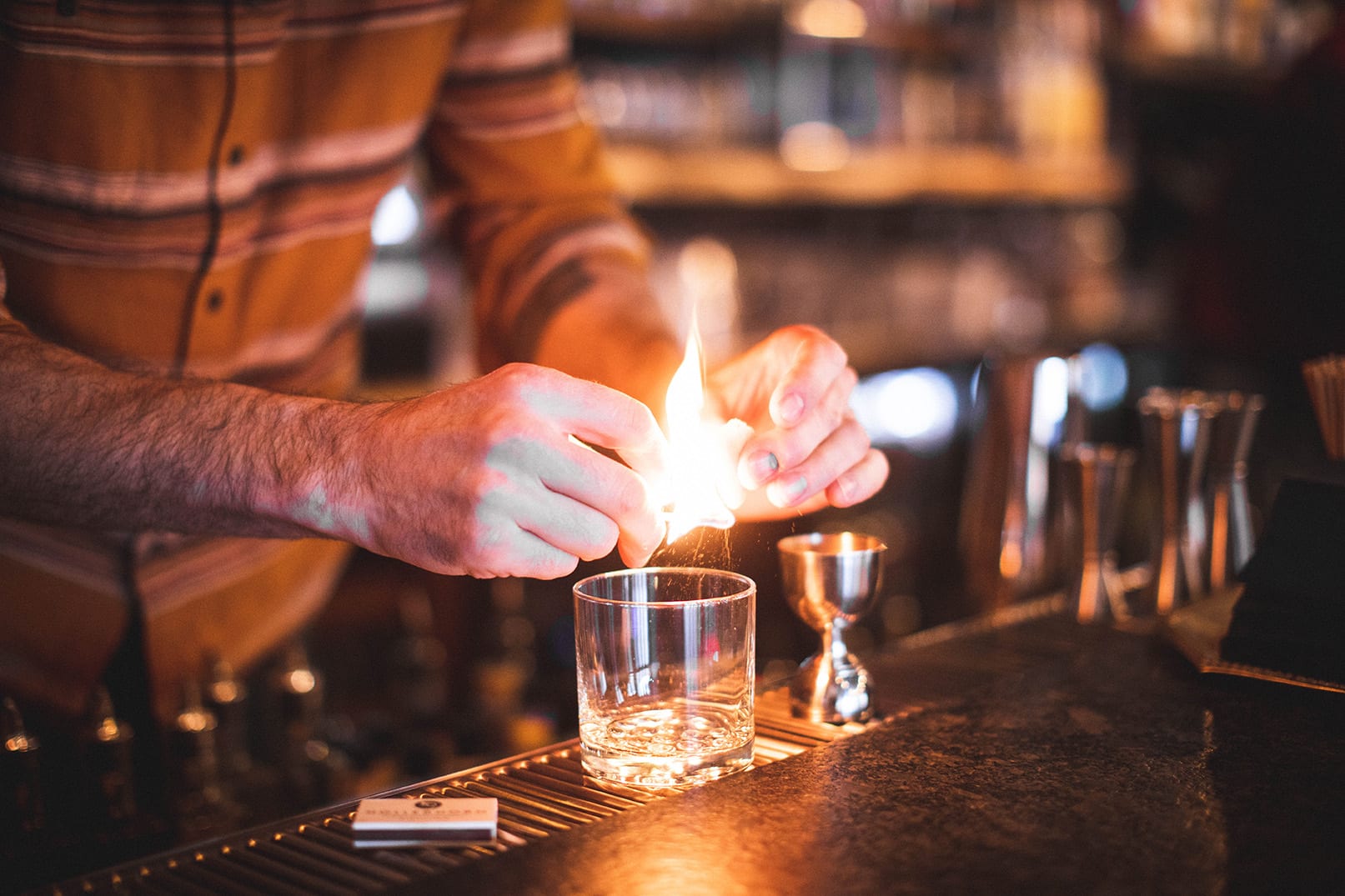 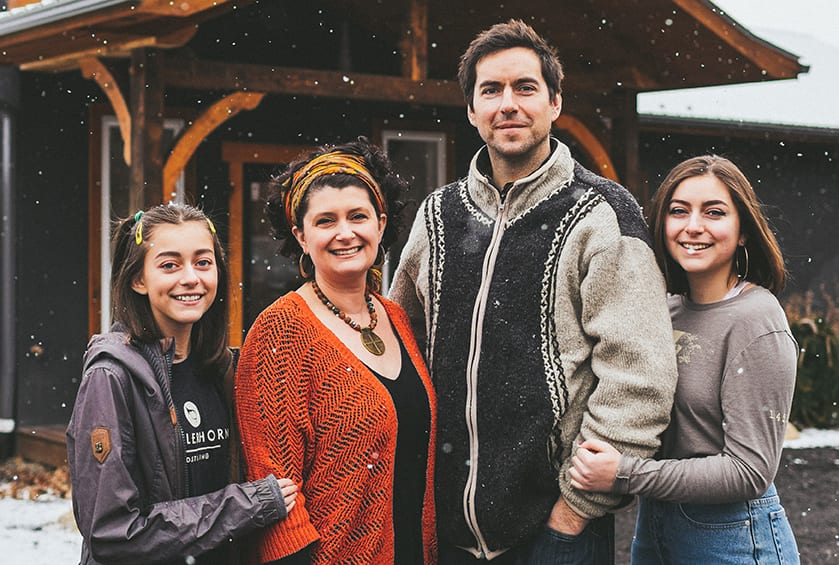 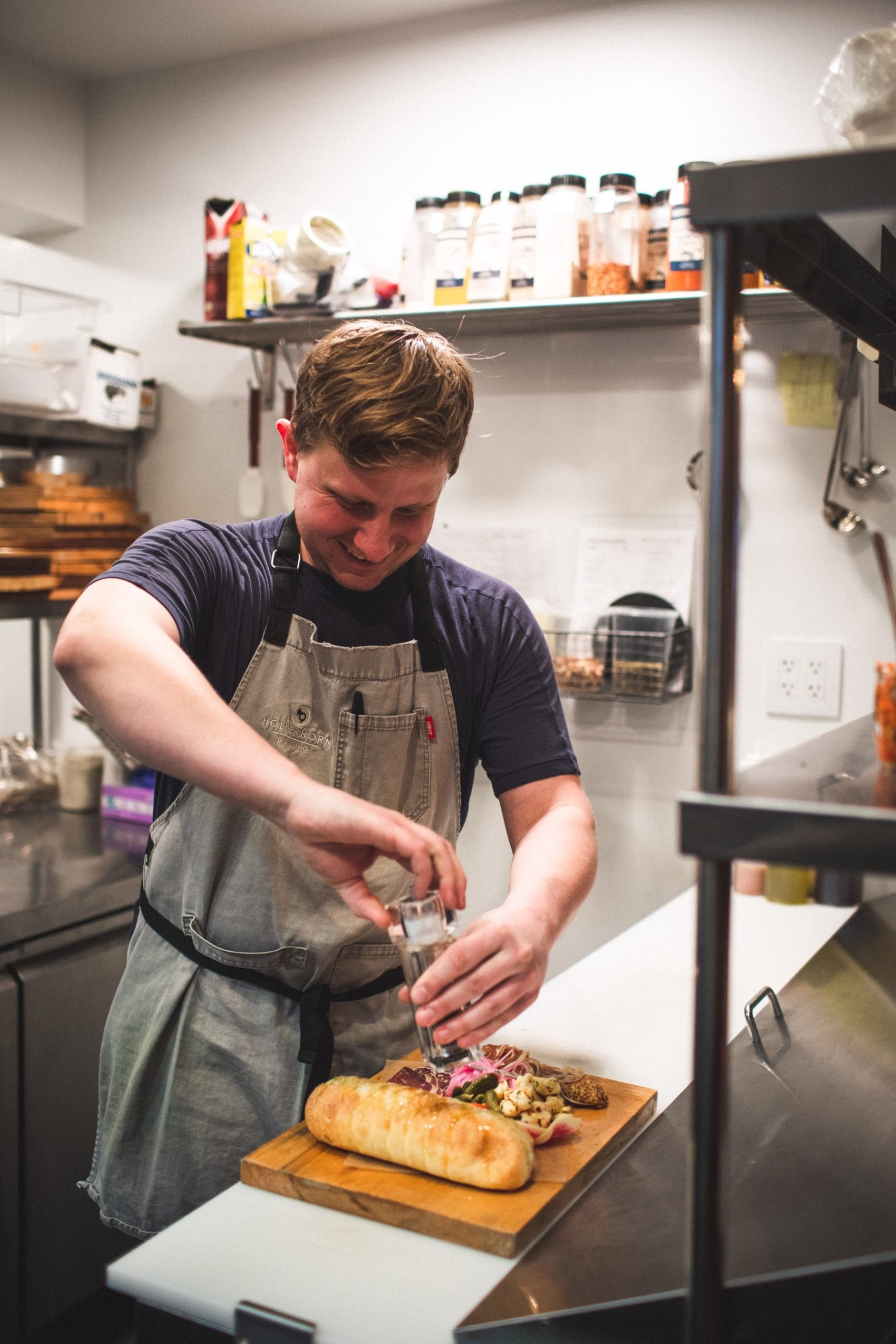 Owners Karl and Melissa Neubauer, distiller and chef respectively, delight in nuance and layered meanings. The phrase “raising spirits” has guided them to create a multi-faceted destination—craft distillery, restaurant and music venue all in one—“in a beautiful middle of nowhere,” says Karl. The couple aimed to create a space for people to gather in shared experiences while sipping a single-malt whiskey. And, by all accounts they have succeeded after merely a year and a half of opening the doors to a building designed for optimum acoustics.

The Hollerhorn mixologists craft liquid tributes to local musicians in their Spirit to Stage cocktail pairings; for instance, the “Richie and Rosé” made of blanco tequila, cynar, rosemary simple syrup and bitters, topped with a rosé float is a nod to musical duo Richie & Rosie. For the film buff there’s the cinema and cocktail series that paired a screening of Napoleon Dynamite with a “Vote for Pedro” cocktail.

With a palpable reverence for locally sourced raw materials and a respect for both human and natural contributions, Hollerhorn is a multi-sensory feast.

Michelle Loheac, after more than a decade in corporate agriculture, has returned to her roots in writing, with a focus on food and farms.

Larkin Ryan is a teacher and one half of Larkin and Trevor Photography, specializing in wedding photography in the Finger Lakes. In the summer, you can find her on or in the water.

When the Garden Beckons 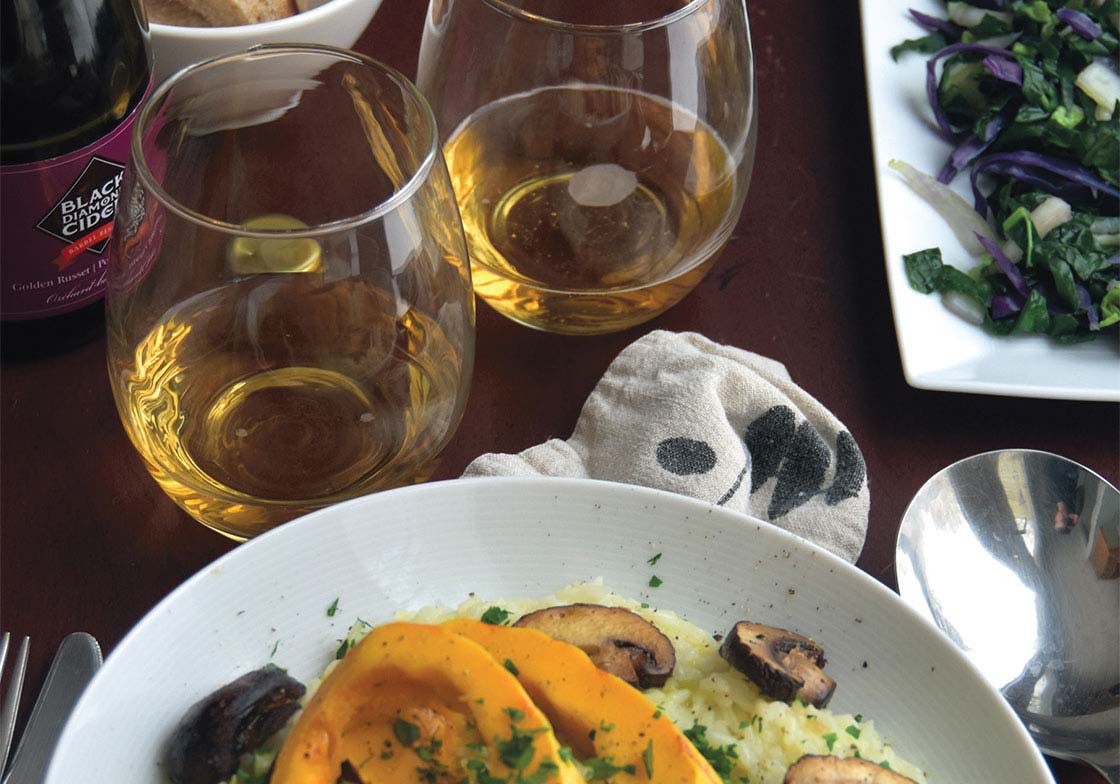 Cider at the Table 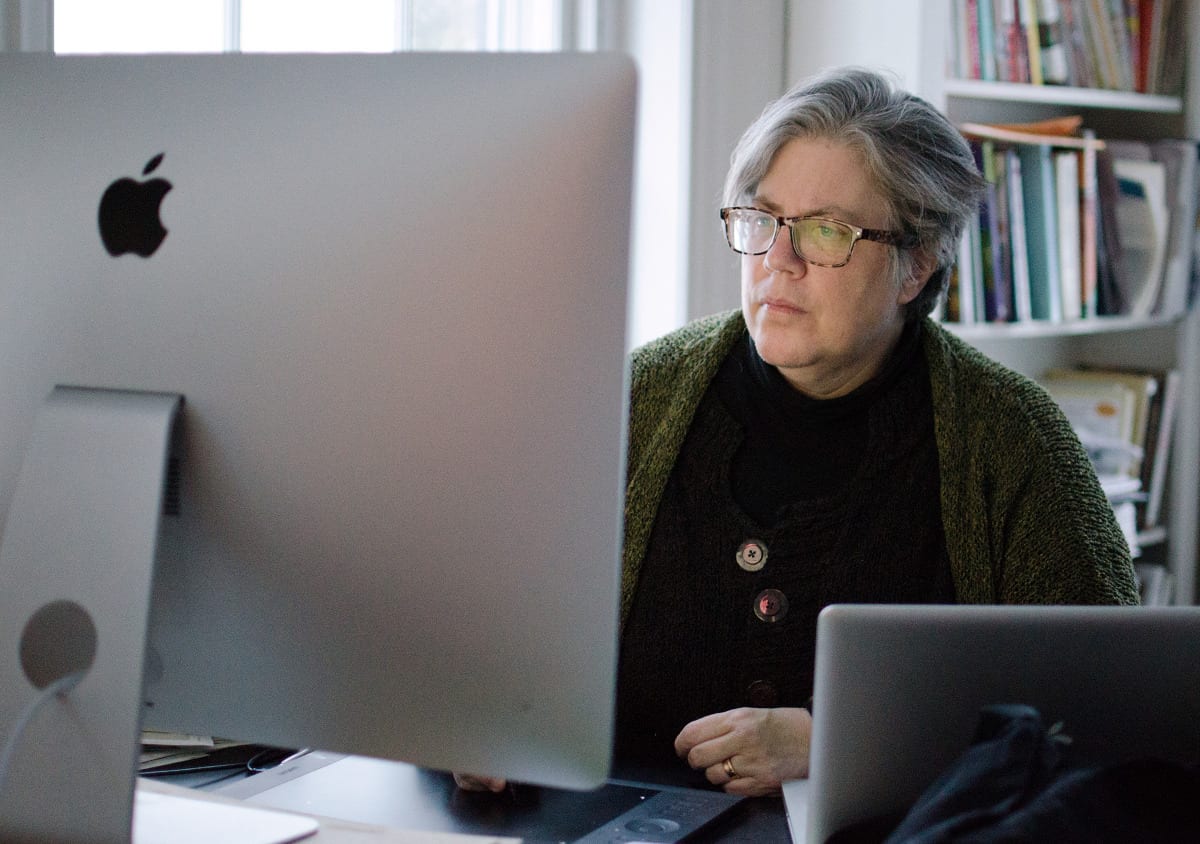