By Petra Page-Mann of Fruition Seeds

I absolutely love watermelons! However, as a child in the Finger Lakes, I thought watermelons were an absolute waste of valuable garden space. It’s true, practicality has never been a quality I’ve cultivated, but nonetheless, with long, trailing vines yielding a single fruit & sometimes none, my anticipation was almost always unrequited.

Every few years we’d give them another try, only to reach the same conclusion by September: Next year we’ll sow more tomatoes, more lettuce, more beets. Less watermelon.

I could not have been more wrong. Like our reticent red peppers & unenthusiastic eggplants, I simply needed different seeds to have different experiences.

Regionally adapted seed makes all the difference. At Fruition Seeds, we’ve dedicated our days to these seeds that grow us more than we’ll ever grow them, right here in the Finger Lakes, so every little girl can enjoy watermelon straight from her garden.

From Commons to Commodity

If “regional seed” is seed adapted to a bioregion, then most seed before World War I was regional. Each generation selected varieties to meet the shifting conditions on each farm, in each region. Farmers largely would share their seeds as a commons, like clean water and fresh air, as precious resources to be honored and shared, not to be owned or restricted.

After World War I, F1 Hybrid corn was introduced. Met with resistance from wary farmers, the transition was slow but came to dominate the market within 40 years, due in large part to government subsidies in World War II. In a single generation, farm-grown seed was replaced by seed from other bioregions that would not grow true-to-type in future generations, if saved. As a result, seed became just another commodity, like fertilizers and pesticides, that farms purchase annually, reflecting an industrial, one-size-fits-all mentality rather than a commons reflecting the unique values and needs of each region.

Most of us share a blind faith that our seed is produced by the companies selling them. This is most often not the case.

Today, most seed is grown where the climate favors commercial industrial dry seed production, such as the Central Valley of California. Unless you grow in the Central Valley, the seeds you sow are not likely to be well-adapted to your climate. We know Trader Joes doesn’t have a farm behind their stores; most seed companies are distributors of seed rather than growers of seed, making much of the seed on the planet regionally adapted to the long, dry climates where seed is commercially grown rather than where you might sow it.

The good news is this: We can always ask questions, so call seed companies. Ask them where their seeds are sourced, where they’re grown, what they’re selected for. A seed company worth supporting will answer these questions and be delighted you asked.

Sow What You Love, Love What You Sow

Fruition grows 60% of our seed on our farm in Naples. Another 25% is grown in our bioregion by an incredible network of organic seed growers. The balance is growing in those long, arid seasons, especially for those crops we struggle to grow high-quality seed of. Carrots, for example, cross with Queen Anne’s Lace up to one mile! There is so much more to share; our seed system is as nuanced and problematic as our food system, and we’re here to grow ourselves as well as extraordinary seed adapting to all the ways the world is changing.

Hope to see you here on the farm in Naples one day!

P.S. If you’re like us, itching to dig into seed starting, jump into Fruition’s free Seed Starting Academy!

You’ll find hours of step-by-step video tutorials, including indoor and direct sowing as well as common mistakes to avoid. Whether you’ve gardened for years or dreamed for years, we’re here to share the insight & inspiration you need to surround yourself & all you love with abundance & joy! Join us at www.fruitionseeds.com.

Petra Page-Mann, Finger Lakes native and lifelong gardener, believes each seed — and each of us — are in the world to transform the world. She co-founded Fruition Seeds in 2012 to grow and share the seeds as well as inspiration we need to surround ourselves with abundance in short seasons. Download her planting calendar or join the online Seed Starting Academy for free at www.fruitionseeds.com. 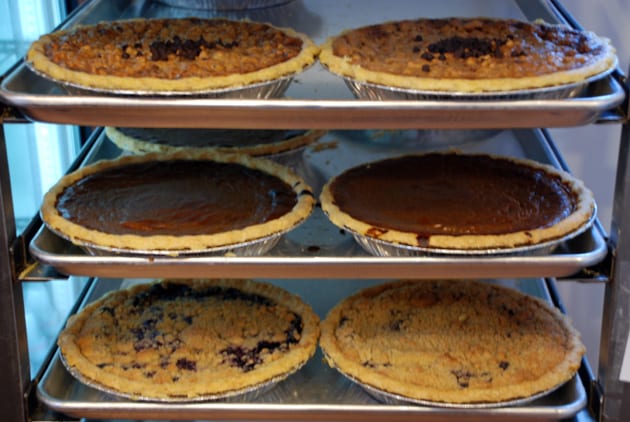