When markets reopen in spring, many farmers often sell items stored from the previous season, but not so for Oxbow Farm located in the town of Erin. They offer freshly harvested Asian greens like senposai and tatsoi right out of the gate.

Noelia Springston and her husband, Tim, began growing Asian greens both as a way of setting themselves apart at the market while also looking for something that would grow well within the microclimate of their farm.

“We like growing them because they are versatile in the kitchen, they are quick to grow, and are enjoyed by our customers,” says co-owner Noelia.

“We’ve always focused on having a big variety of greens early,” says Tim.

Tim and Noelia met while working at a farm in Washington County near the Vermont border as part of a NOFA/Vermont internship. They considered buying farmland in both Noelia’s native Massachusetts and Vermont but settled in the Southern Tier, mainly to be near the Ithaca market.

“We knew that we wanted to farm, or that we hoped to be able to farm in the future. That was one of our goals,” Tim says.

Eventually, they found a 29-acre former dairy farm located in the town of Erin in Chemung County, east of Elmira.

As they got their farm up and running, however, they realized their site was highly susceptible to the first and last frosts of the season. They began constructing mobile high tunnels to do season extension, and that’s where Tim got the idea to grow Asian vegetables, after they had been recommended in books he’d read about high tunnels.

“Asian vegetables have a couple of really interesting things going for them: They tend to be fast-growing, and they like cool temperatures,” he says.

With the help of high tunnels, they can begin growing the Asian vegetables as early as mid-February, and with their average four-week turnaround time, can be harvested by the time when the market reopens in April.

“Asian vegetables have
a couple of really
interesting things going
for them: They tend
to be fast-growing,
and they like cool
temperatures.”

“It just sort of evolved in that direction over the course of a few years,” Tim remembers. “You can have a big variety on the table of textures and colors really, really quickly.”

They continued experimenting with other niche crops through trial and error. For a couple of seasons, they grew salad mallow, an herb that originates out of the Middle East that is used in salads.

According to Tim, however, “People would buy it once, and never buy it again. It never became interesting or popular with the customers.”

Others, like senposai, a Japanese hybrid of cabbage and komastuna, a brassica rapa plant, were easier to sell.

“Introducing it to people because it was so large was a little intimidating, because it’s visually and texturally different than what people expect,” says Noelia. “Then people would start coming and ask for it in April. It’s a staple we have every spring.”

The Springstons harvest Asian greens twice a year, in the spring and fall. In addition to senposai, they also grow senposai’s parent plant komastuna, as well as mizuna, a Japanese mustard green; shiso, also known as the “beefsteak plant”; shishito peppers, a Korean pepper that resembles a chile; and tatsoi, a sister plant to bok choy, which they also grow.

Because Asian vegetables don’t grow well in hot temperatures and are vulnerable to flea beetles, during the summer the Springstons focus on growing and selling more conventional crops like strawberries, cucumbers and tomatoes. One exception, however, is shungiku, a Japanese chrysanthemum green that is slightly dark and bitter-tasting that grows well and is not affected by pests. While they continue to look for new and interesting niche crops, they’re focused on cultivating more consistency for now.

“We grow strawberries every year,” says Noelia. “To bring the quantities our customers would like, and do that two years in a row, that’s one of our big goals.”

They also sell at the East Hill Farmers Market from May to October, and are exploring the possibility of other markets. However, they do not see themselves expanding beyond their current two-person operation anytime soon; instead, they are choosing to focus on adding equipment that will allow them to speed up some of their workload so that they can better meet the demanding schedule of seasonal transitions.

Says Noelia: “We enjoy anticipating the seasonal rotation of crops with our customers and have evolved what we grow as a reflection of the foods that they want to eat.” 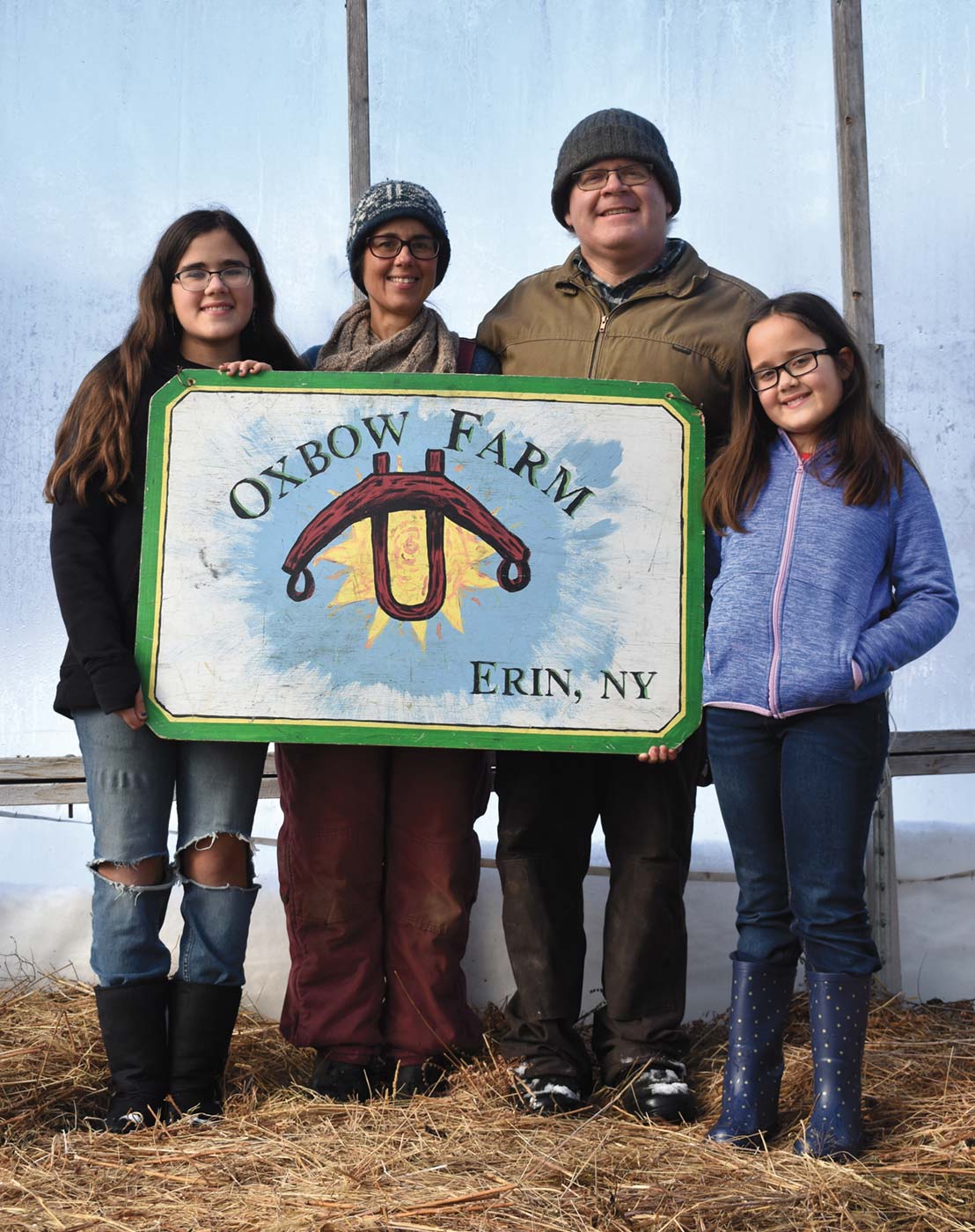