Over the past decade, Finger Lakes Cider House has grown from farm and orchard to cidery, restaurant and music venue. They’ve got something for everyone—plus switchel.

Over the past decade, Finger Lakes Cider House has grown from farm and orchard to cidery, restaurant and music venue. They’ve got something for everyone—plus switchel.

What is switchel, you ask? We asked that same question and more while sipping switchel with owner Garrett Miller on the FLCH deck on a sunny afternoon:

Edible Finger Lakes: So, all this began as a farm!

Garrett Miller: Yes, it was just a bare field when we started, 70 acres of open farm. We came in with a backpack and shovels and the idea to sell vegetables and livestock.

EFL: Were you planning to make hard cider all along?

GM: When we moved here, we wanted to figure out what would grow well first. Apples seemed a great fit so we decided to plant trees. And we said, “If we’re gonna have organic apples, that’s a lot of ugly apples. What are we going to do with them?” We had a vague sense that we were near wineries, but literally had no idea we were on the wine trail.

EFL: What made you want to make switchel?

GM: I don’t remember! Probably from having had it while working on a farm in my late teens.

GM: It’s a non-alcohol drink made with water, apple cider vinegar, maple syrup, honey and citrus. And our ginger, which is the sediment you see at the bottom.

EFL: You also sell shrub. How does that differ from switchel?

GM: Shrub is generally defined as fruit-, herb- or vegetable- infused vinegar, and was historically a way to preserve harvest flavors. Our switchel is essentially a diluted carbonated shrub, like a spritzer.

EFL: Is it true the first apple cider vinegar you made was by accident?

GM: Yes! We had a small amount of cider that accidentally turned into vinegar, which we then used as a starter culture. We didn’t really have a good processing space yet, so we made the rest of it in my mom’s attic. It was these two barrels that were super stinky, but she allowed us to put it up there.

EFL: What do you know about switchel’s history?

GM: I think it’s been a rural beverage in America for hundreds of years. People called it “haymaker’s punch.” When they were out making hay on the wagon, they’d have a big clay jug of switchel with them that they kept in the shade.

EFL: What would you pair switchel with?

GM: Hot sweaty activities! I don’t know that I’ve thought much about pairing it with food. It’s quite spicy and super flavorful on its own. Our label calls it “an old time sweet and sour pick-me-up.”

Amelia Sauter is a psychotherapist and former co-owner of Felicia’s Atomic Lounge. Follow her on Instagram @inviteanxietytodinner. 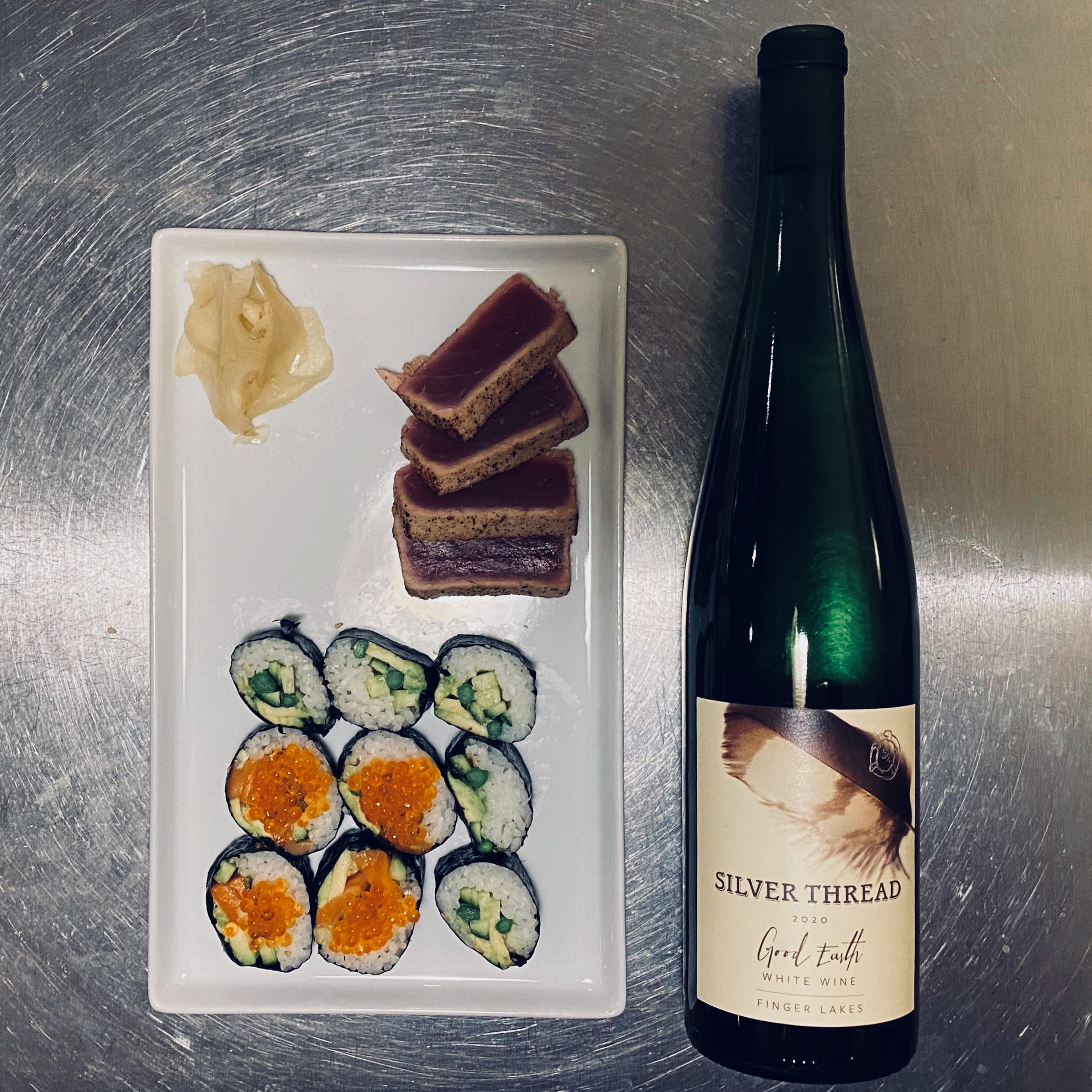 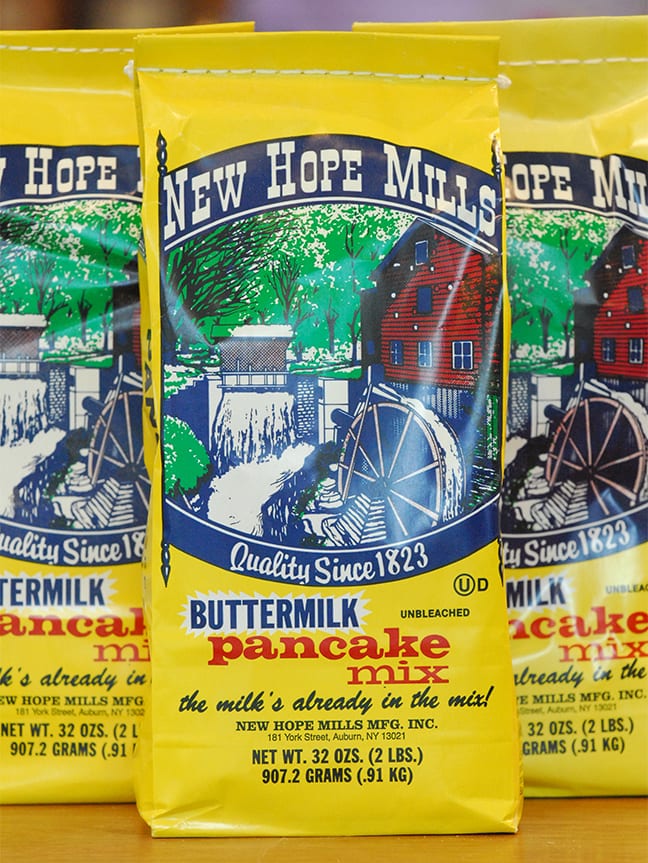 Made in the FLX: New Hope Mills Buttermilk Pancake Mix 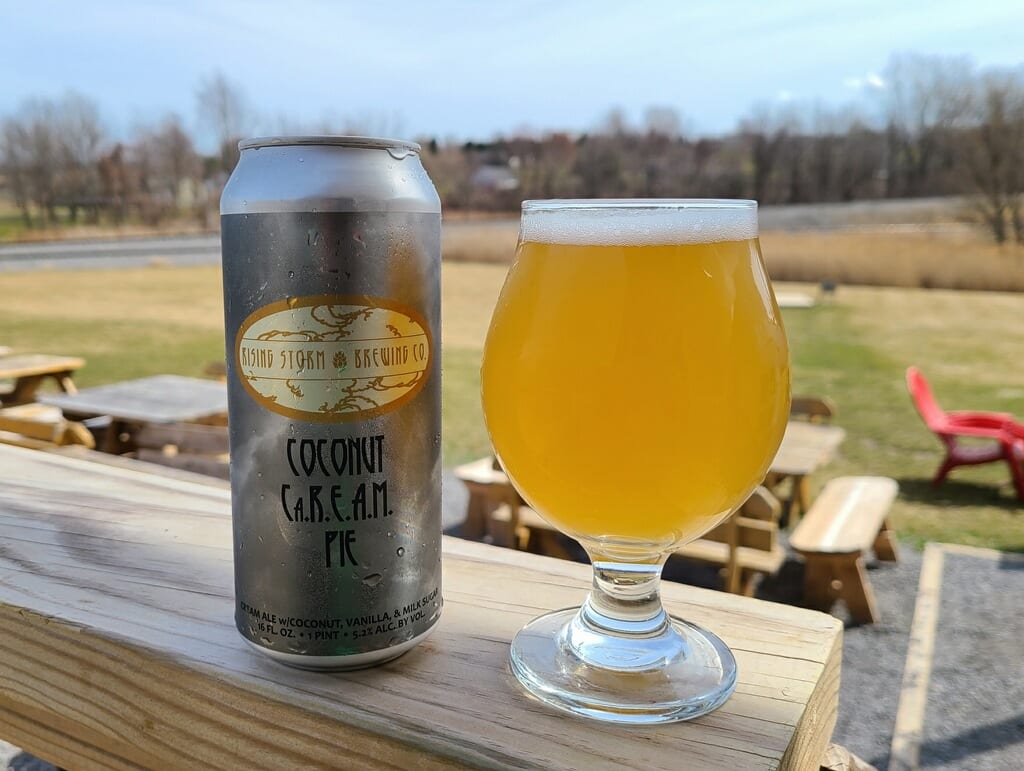